With Scott suspended, Loera rises to the moment as Current’s No. 6 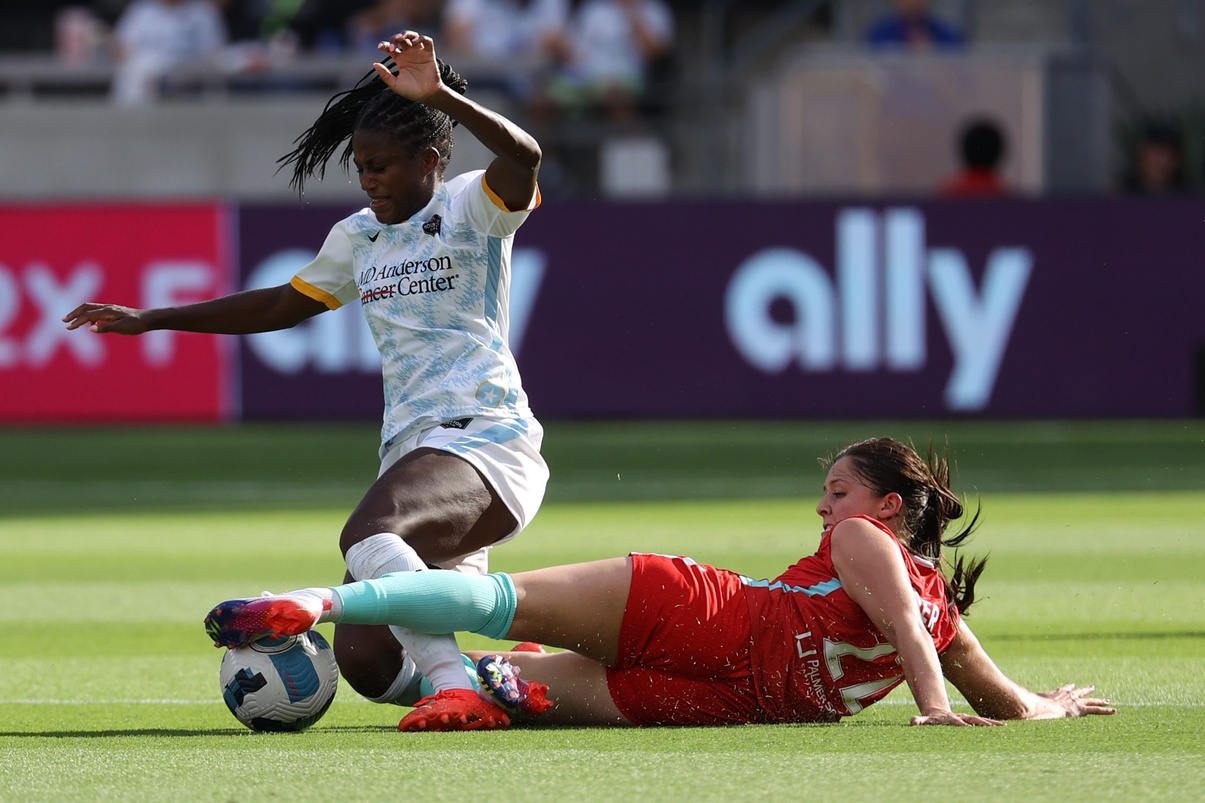 The Kansas City Current’s 2022 playoff campaign nearly went off the rails before it began.

With 16 minutes to play in their regular-season finale, captain Desiree Scott was shown a yellow card. Four minutes later, she saw another, followed by the requisite red card.

Scott, a player who had been with the team through its move from Kansas City to Utah and back, and is the heartbeat of the team, would be suspended for the Current’s first playoff game. To make matters worse, Jess McDonald scored in stoppage time, and Kansas City went from having a shot at the National Women’s Soccer League Shield to sliding into fifth place and going on the road.

That meant rookie Alex Loera filling in for Scott on Sunday. Loera had done it before, moving from a center back in the team’s 3-5-2 to Scott’s defensive midfield role when Scott was on international duty with Canada, among other times, Loera started nine games there this season.

Kansas City prevailed, 2-1 over the Houston Dash on Sunday thanks to a dramatic, 100th-minute game-winner, the latest goal in NWSL history. Loera put her stamp all over the match, including assisting that goal.

“Alex was a rookie of the year candidate for me,” Kansas City Current head coach Matt Potter said.