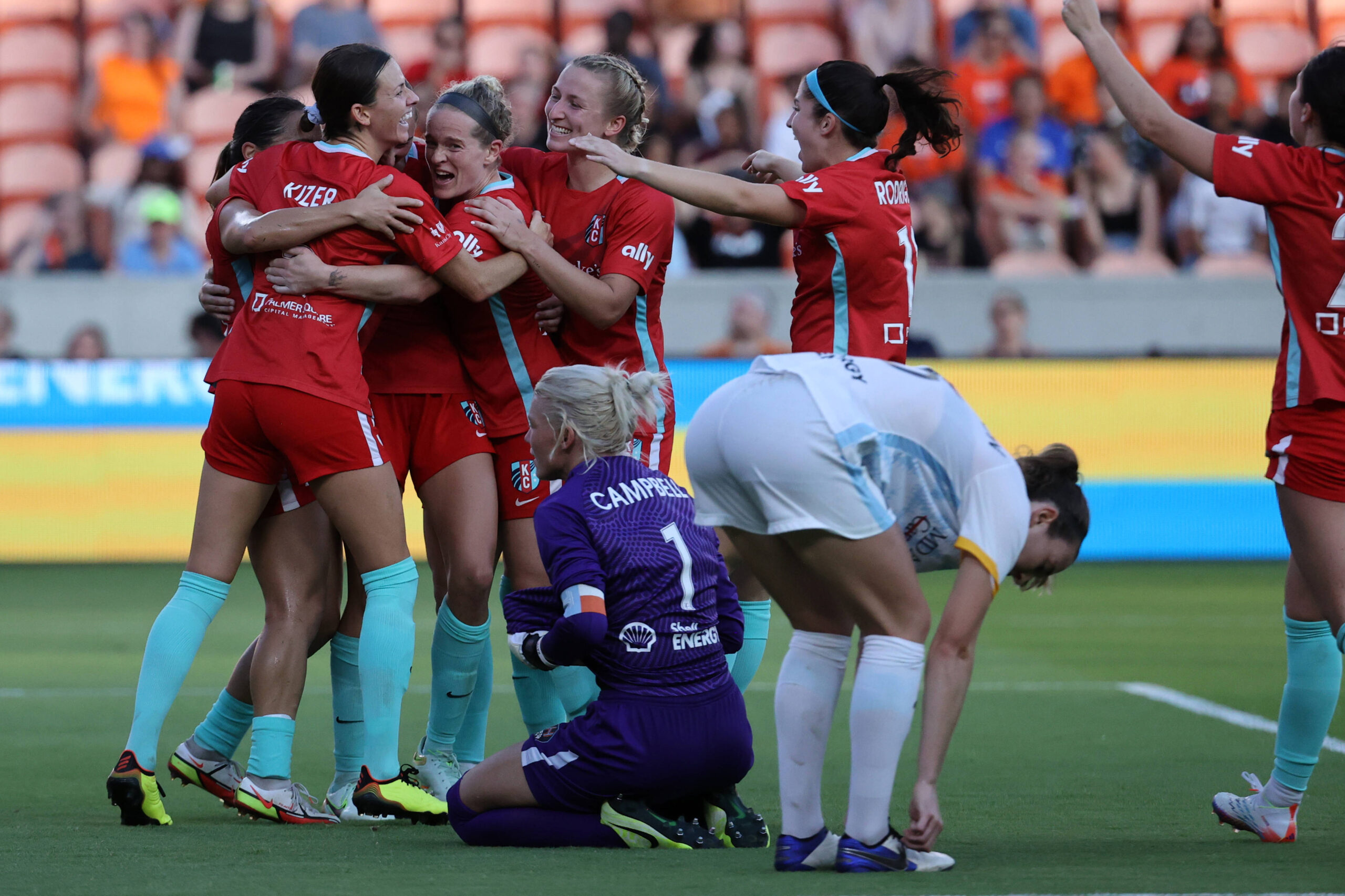 The Skinny: The Kansas City Current scored a 100th minute goal to avoid extra time and defeat the Houston Dash on Sunday, in front of a league playoff record crowd of 21,284 fans at Houston’s PNC Park.

One Key Moment: Yes, you read that correctly – the 100th minute. After a fast and furious, end-to-end match, nine minutes of stoppage time were announced at the end of regulation. And as stoppage time dwindled, it looked as though we would be getting bonus soccer. But the Current had other ideas.

Stemming from a poor clearance attempt from the Dash, the Current won the ball back near the box and Lo’eau LaBonta sent in a slip pass to Alexis Loera. Loera’s low cross was then deflected by the Dash, and the heroic Kate Del Fava was in the right place to direct the ball into the net for the win.

Inside the Game: Sunday was both the Current and the Dash’s first ever NWSL playoff appearance – and what a spectacle it was.

The action started early, when Houston defender Katie Naughton was called for a foul on Kristen Hamilton in the box, and Kansas City were awarded a penalty. LaBonta got her side on the board with the conversion.

Though the Current went ahead early, the remainder of first half seemed to all go the Dash’s way. They had five shots, and controlled most of the possession. An equalizer came quickly, when Sophie Schmidt hit a beautiful volley to beat AD Franch in the 21st minute.

The start of the second half was a more even affair, with fantastic saves being produced at both ends by Franch and Jane Campbell.

And all hell broke loose when the period of stoppage time begun, with both teams having superb chances in quick succession. First, CeCe Kizer narrowly missed meeting a cross in front of an open Dash net, and Houston’s counter to the other end saw Michelle Alozie shake off her defender and unleash a shot, forcing Franch into a point-blank save.

Kudos have to be given to Loera on the day, who not only had a hand in the winner, but also filled the hole in midfield left after the suspension of Current captain Desiree Scott in the last match of the regular season.

With the win, the Current advance to face the Reign in next Sunday’s semifinal.

Predicting the first round of the 2022 NWSL playoffs
Kansas City 2, Houston 1: Three talking points as Current steal a playoff victory