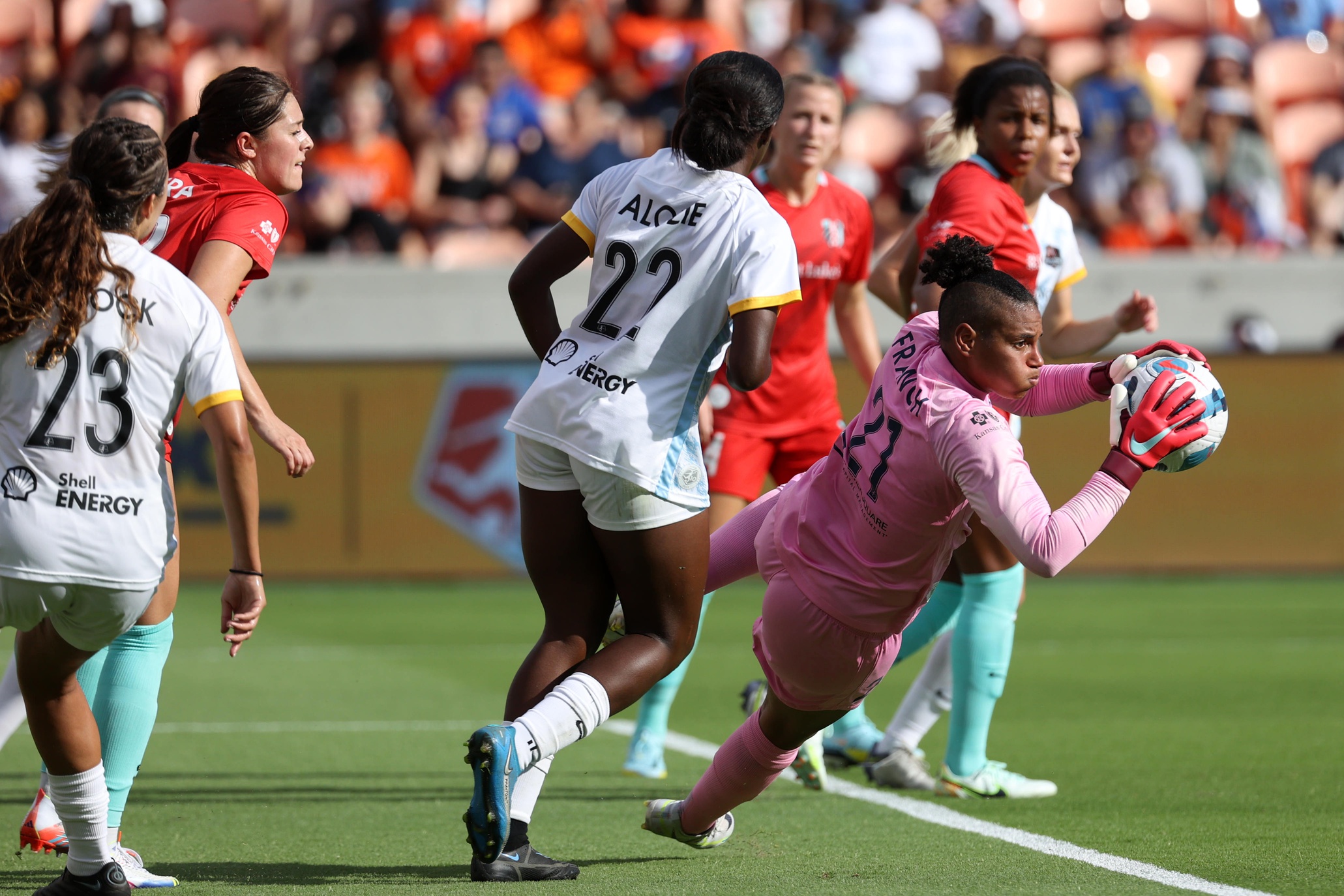 Here are three quick thoughts from the Kansas City Current’s dramatic, 2-1 victory over the Houston Dash on Sunday afternoon in the opening match of the National Women’s Soccer League playoffs.

The Dash went with suspicion over tradition and wore their white kits normally reserved for away matches in this one. That meant the Current suited up in their road reds, which was just a bit confusing for Paramount+ viewers in the opening minutes.

If the move was meant to inject some road vibes for the Dash, they were quickly wiped away in the opening minutes when Katie Naughton stuck her leg out not once but twice on Kristen Hamilton as Hamilton attempted to dribble into the box. Hamilton shook off the first contact outside the box, but the second effort took her down. A penalty kick was awarded, which Lo’eau LaBonta calmly buried to put the Dash in arears.

Access the best women’s soccer coverage all year long
Start your FREE, 7-day trial of The Equalizer Extra for industry-leading reporting and insight on the USWNT, NWSL and beyond.
Subscribe
Existing Users Sign In Here
Related Topics2022 NWSL PlayoffsAdrianna FranchExtraFeatured

NWSL Playoffs: Current defeat Dash with last-minute winner
With Scott suspended, Loera rises to the moment as Current’s No. 6