Predicting the first round of the 2022 NWSL playoffs 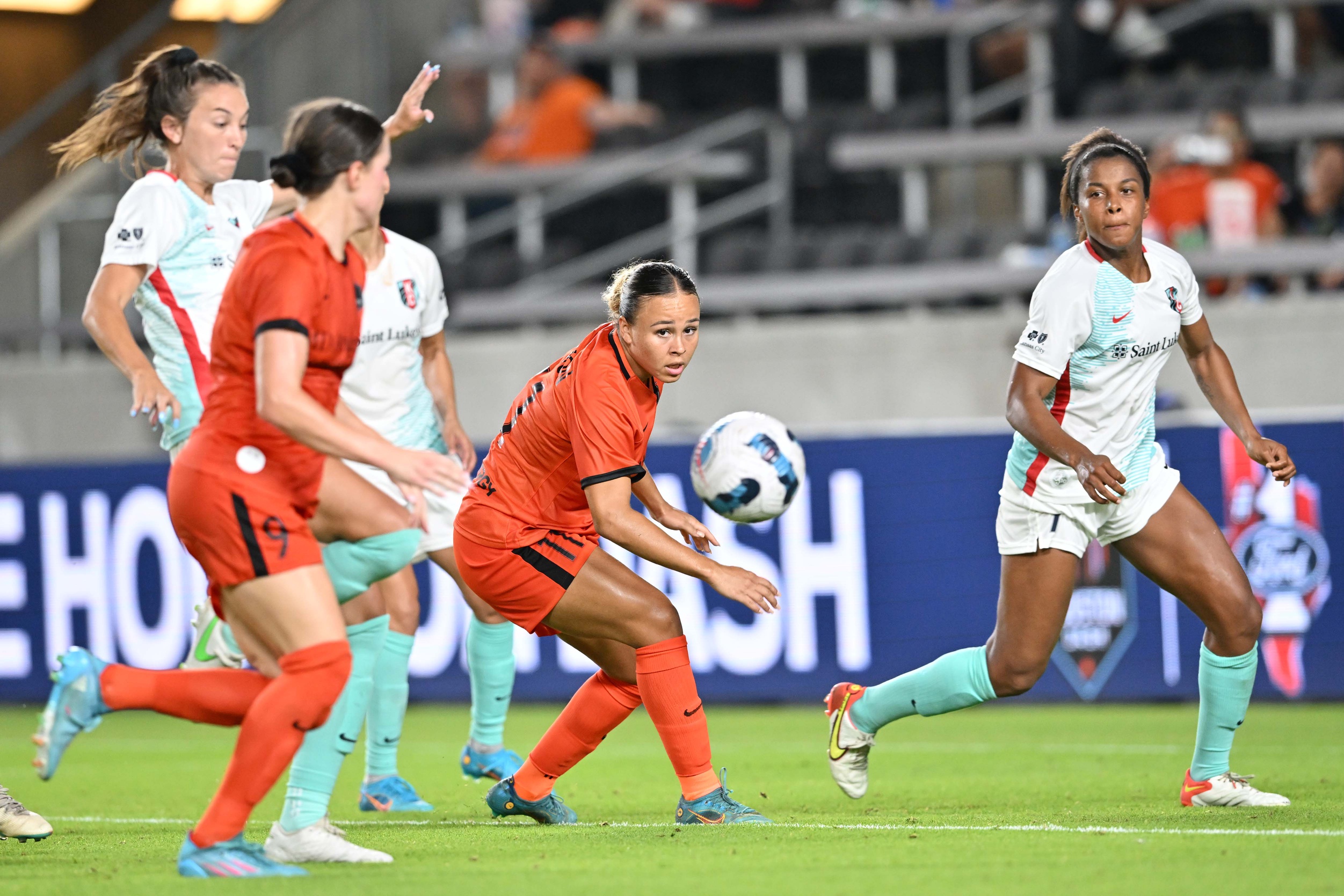 It was a tight playoff race in the National Women’s Soccer League this year, with teams battling to make the postseason until the final day. Ultimately, the OL Reign were crowned regular-season winners and Portland Thorns FC secured second place. Both teams have earned a bye to the semifinals.

That means the San Diego Wave, Houston Dash, Kansas City Current, and Chicago Red Stars will be playing in the first round of the playoffs on Sunday. While there’s no way to tell who advances to the semifinals until then, we can use this season’s data to make some predictions.

American Soccer Analysis ran the numbers and created a model to predict each team’s chances of advancing. In short, the model takes into account home-field advantage along with teams’ goal differential, expected goal differential and receiving goals added differential when predicting winners in each of these matchups.

Let’s dive into each first-round matchup, focusing on those probabilities and each team’s form heading into the games.

The Houston Dash will take on the Kansas City Current at home in the first playoff matchup of the season. The ASA model slightly favors Houston here, in part because they’re the home side. The Dash have a 58% chance of making the semifinals compared to the Current’s 42%.