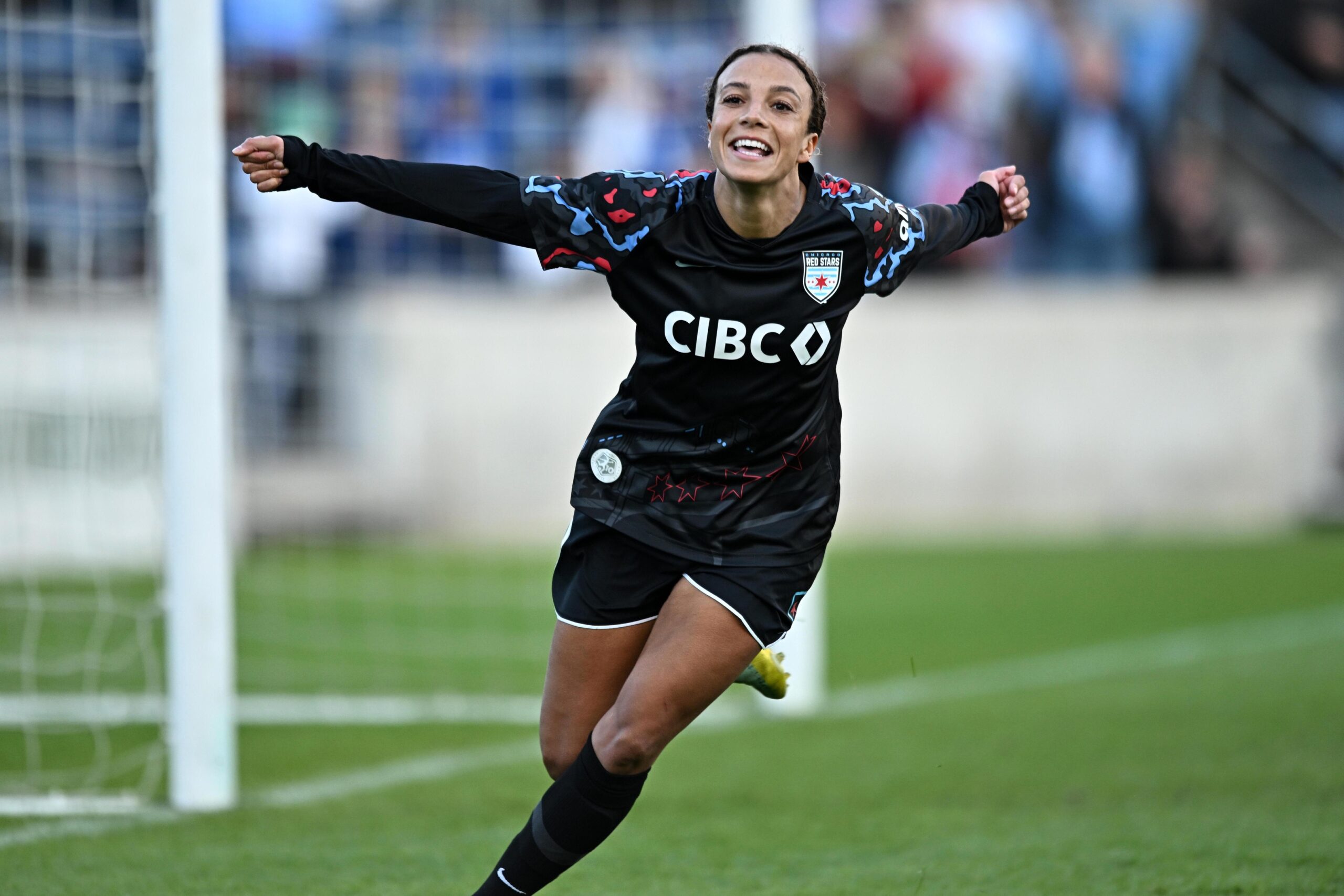 As the National Women’s Soccer League playoffs approach, we at The Equalizer will be recognizing the best players of the 2022 season.

We continue our NWSL Best of 2022 series with the wingers. Click here for the entire series, position by position.

There were times in 2022 when it felt like Pugh could do just about anything on a soccer field. Only three players scored more goals than her 11 in the NWSL regular season, and nobody set up more than her six. She was the most productive attacking player in the league, and one of the most entertaining to watch. The numbers alone don’t do her justice; some of her solo goals were sublime.

The 24-year-old has always been one of the most devastating dribblers in the game. Now, she matches that with a consistent end product. It was fitting that she scored the opener in Chicago’s win over Angel City to seal a playoff place, given how many times before she had single-handedly transformed steady possession into effective offense. Crucial for her club, this was the year she also became virtually irreplaceable to the United States national team.

With 12 goals and four assists, 2022 was another banner year for Debinha. She played in just about every attacking role possible, but always found a way to impact the game.

Combining her change of pace, clever runs and tight control with unique flair, she set up and scored goals in ways only she could, while her partnership with fellow Brazil international Kerolin produced some of the best combination play seen in the NWSL. After her hat trick against Gotham in September, North Carolina coach Sean Nahas said that he wasn’t sure there was a better player in the world right now.

The arrival of head coach Juan Carlos Amoros and striker Ebony Salmon supercharged Houston in their march towards the playoffs, but Sanchez was the team’s most consistent bright spark throughout the 2022 season.

The Mexican international thrived on the left wing, establishing herself as one of the league’s most skilful players. Alongside four assists she scored two goals, including a goal-of-the-year candidate against Angel City — an audacious rocket into the top corner from outside the box. Nutmegs, drag-backs and step-overs: the 26-year-old is a box of tricks. Few in the world can escape pressure on the touchline like she can.

Despite playing just over 900 minutes of regular-season soccer, Rapinoe had a huge impact on the Reign. Her crossing is top class, and her return to the line-up on the left wing brought balance to a team that had become overly reliant on the deliveries of Sofia Huerta from the right.

The 37-year-old scored seven goals, several of them making the difference between three points and one. She also provided four assists, mostly thanks to that precise crossing of hers. A U.S. national team icon, Rapinoe proved she remains pivotal to her club side with an exceptional — if shortened — campaign.

Weaver was perhaps the greatest beneficiary of Portland head coach Rhian Wilkinson’s decision to change formation mid-season, from 3-5-2 to 4-3-3. Playing on the left wing, rather than through the middle, the 24-year-old was able to make runs on the blind side or receive in space out wide to go straight at defenders. Quick and able to finish off either foot, she could cut inside her opponent to shoot, or chop back onto her left and go around the outside. Of the Thorns’ regular starters, only Sophia Smith produced more goals-plus-assists per 90 than Weaver’s 0.72.

What do you think? Who would you rank in the top five? Stay tuned for our entire series. Next up: strikers.