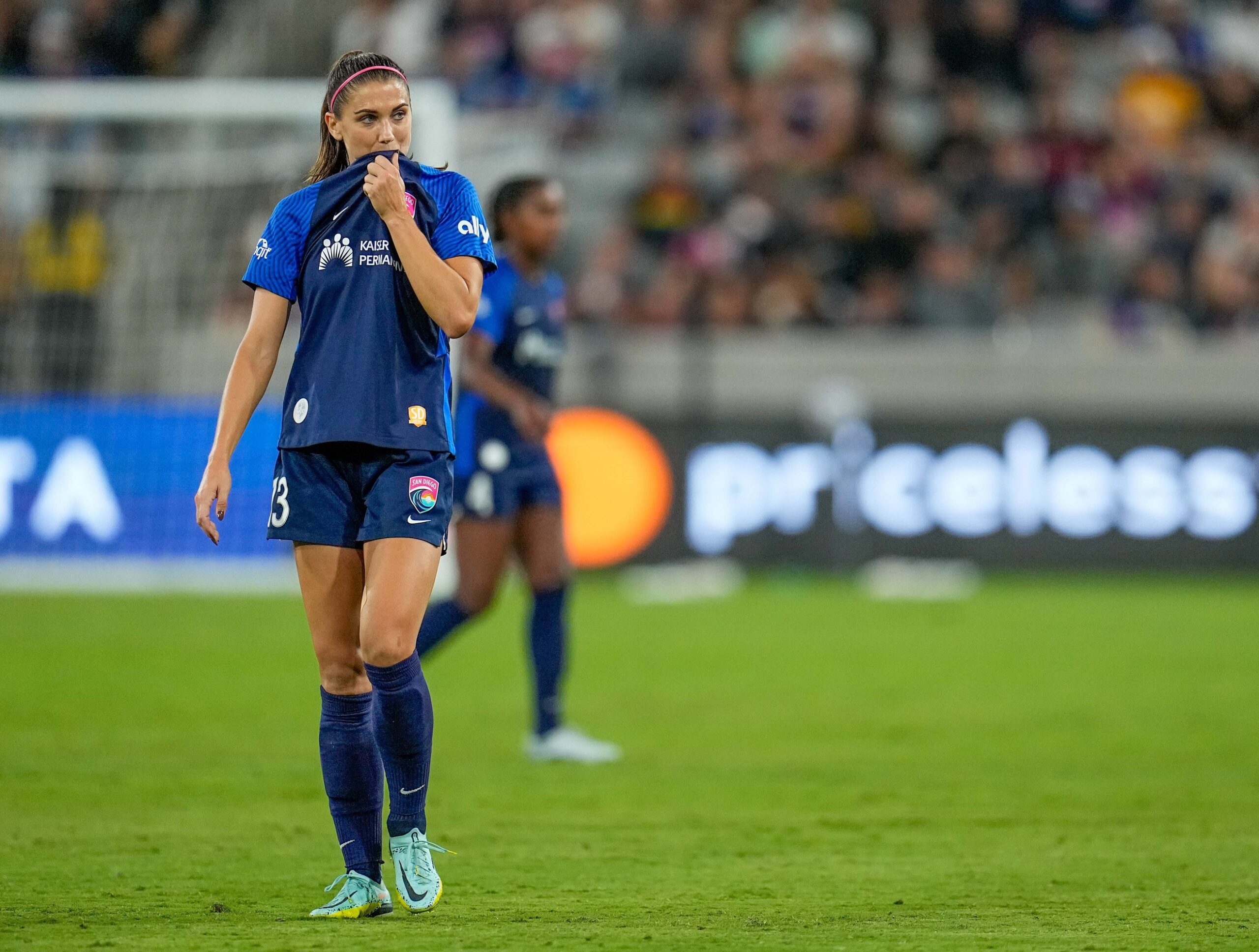 We continue our NWSL Best of 2022 series with the strikers. Click here for the entire series, position by position.

Morgan enjoyed her best club campaign to date in 2022, scoring 15 goals in 17 regular-season appearances. With two assists also to her name, she was directly involved in 53 percent of San Diego’s goal total. Five of Morgan’s goals came from the penalty spot, but that takes nothing away from their importance. The Wave were well-organized by head coach Casey Stoney, but without their star striker they would have had a much tougher time making the playoffs.

Not only did the 33-year-old score for fun, but she led the press, offered a threat in behind and linked play effectively, prompting Stoney to say that “we are very lucky she’s on our roster.” This level of performance paved the way for Morgan to reassert herself with the national team, and on current form she’s all but certain to play a key role at next year’s World Cup.

Smith led the way in the NWSL for non-penalty goals this year, joining Debinha on 11. Including penalty kicks, she found the net 14 times, and set up a further three for her teammates. Her 1.06 goals-plus-assists per 90 minutes was by far the most of any Portland player. Now a regular for the U.S. national team at just 22 years old, Smith is growing into one of the finest strikers in world soccer. She’s able to create her own opportunities off the dribble — nobody dribbled more in the league this year — and score from surprising angles. “With Soph, you just let her play on instinct,” said Thorns head coach Rhian Wilkinson.

Ordonez cannot have imagined a better start to her life in the professional game. In her first NWSL season, she scored 11 goals, 10 of which came from open play, averaging 0.72 per 90 minutes. At 5-foot-11, the Mexico international can dominate in the air, but her penalty box prowess isn’t purely about height.

Her movement on the last line is excellent, and she has the footwork to make a shooting angle for herself. Ordonez was even entrusted to play on the wing late in the season, such is her willingness to track back. She has a strong case for rookie of the year.

After being left out of the starting line-up at Louisville, Salmon was rejuvenated by a mid-season trade to Houston. She found her best form again, scoring nine goals in 11 games for the Dash, pushing her new team into the postseason for the first time in their history.

Replacing Rachel Daly is a tough task, but the 21-year-old Salmon quickly filled the goalscoring void and offered a threat in behind with her searing pace. Her club performances got her back into the England squad, and she won her second cap in the Lionesses’ recent friendly with the Czech Republic.

There are similarities between the 2022 seasons of Salmon and Kizer. Like the England international, Kizer left Louisville mid-season before finding her scoring form to help her new club into the playoffs. The 25-year-old hit the net seven times in 15 appearances for Kansas City, forming a devastating strike partnership with Kristen Hamilton. Running the channels and stretching defenses with her speed, Kizer had her best NWSL season to date.

What do you think? Who would you rank in the top five? Stay tuned for our entire series. Next up: our best XI.

Best NWSL players of 2022: Top 5 wingers
Predicting the first round of the 2022 NWSL playoffs