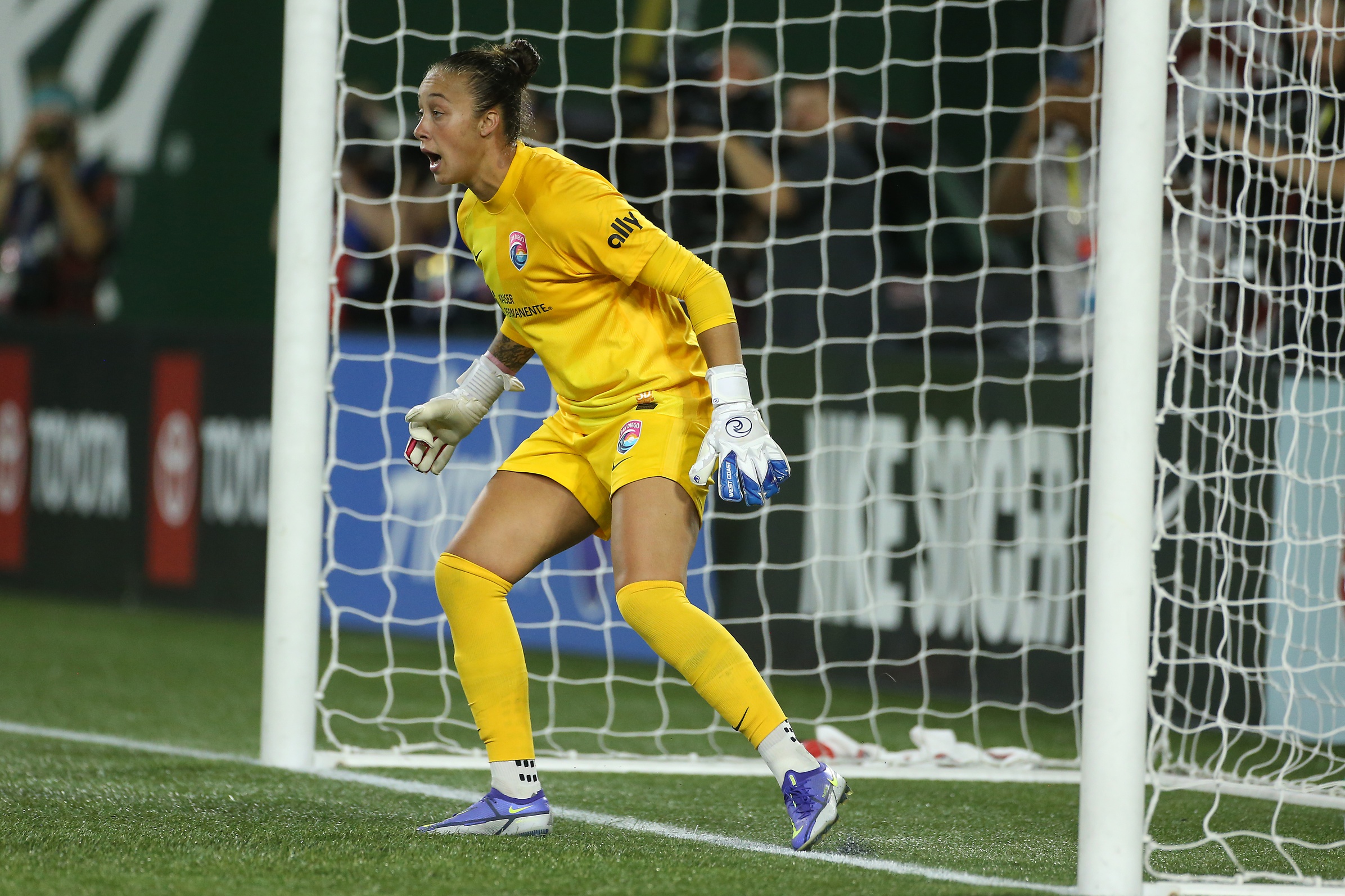 As the NWSL playoffs approach, we at The Equalizer will be recognizing the best players of the 2022 National Women’s Soccer League season.

We begin our NWSL Best of 2022 series with the goalkeepers. Click here for the entire series, position by position.

Since moving from Gotham to San Diego, Sheridan has had a little less goalkeeping to do, but that hasn’t prevented her from standing out. Her reactions have been on point, leading to multiple jaw-dropping saves beneath a more proactive defensive line. Incredibly, she’s stopped three penalty kicks – half of the total she faced in the regular season.

On top of those critical moments, the 27-year-old’s distribution has been fundamental to San Diego’s style of play, her willingness to receive well off her line and long-range passing initiating attacks. The team’s head coach, Casey Stoney, described Sheridan as “the best goalkeeper in the world.” After yet another exceptional campaign, it’s a viewpoint many outside of the Wave may agree with.

In her first full season with the Kansas City Current, Franch has been consistently brilliant, making the NWSL team of the month twice. She has been called upon regularly to make big saves and intercept high balls and hasn’t disappointed. Furthermore, her long drop-kicks and throws have kick-started lightning-fast Kansas City counterattacks. The 31-year-old is no longer a regular on the U.S. national team roster, but such commanding performances at club level may encourage Vlatko Andonovski to rethink.

Standing in for an injured Kailen Sheridan at Gotham in 2019, Haracic established her credentials as a starting NWSL goalkeeper. Following head coach Freya Coombe to Angel City, Haracic has stepped into a more full-time No. 1 role and thrived, even keeping experienced Germany international Almuth Schult out of the starting line-up. Only Louisville’s Katie Lund has made more stops than Haracic’s 70, per the league official website. Three of those won the NWSL Save of the Week award, and it’s worth noting that no goalkeeper has won that award more times this season.

The Orlando Pride had the second-leakiest defense in the NWSL this season, conceding just over two goals per game, but it could have been worse were it not for McLeod. With 119 caps for Canada and time spent competing in five different countries, the 39-year-old is one of the most experienced players in the league, but she shows no signs of slowing down. Demonstrating her agility on several occasions to make sensational reflex stops, only three goalkeepers – Lund, Haracic and Franch – made more saves in total. The Pride needed their shot-stopper this year, and she turned up time after time.

The Chicago Red Stars were one of the more stable NWSL teams in 2022. They didn’t concede many goals, and only OL Reign and Houston conceded fewer shots. Still, Naeher was able to remind us of all of why she remains the U.S. national team’s No. 1, even if that status is now to an extent shared with Casey Murphy. With some major point-blank saves, Wyscout data had the 34-year-old in the league top five for Goals Prevented (a metric which considers the goals a goalkeeper is statistically expected to concede versus the actual goals they conceded).

Competition for the goalkeepers list was intense, and Louisville’s Katie Lund came very close. She had an excellent season and stood out in the data. Ultimately, these five goalkeepers impressed the most.

What do you think? Who would you rank in the top five? Stay tuned for our entire series. Next up: center backs.