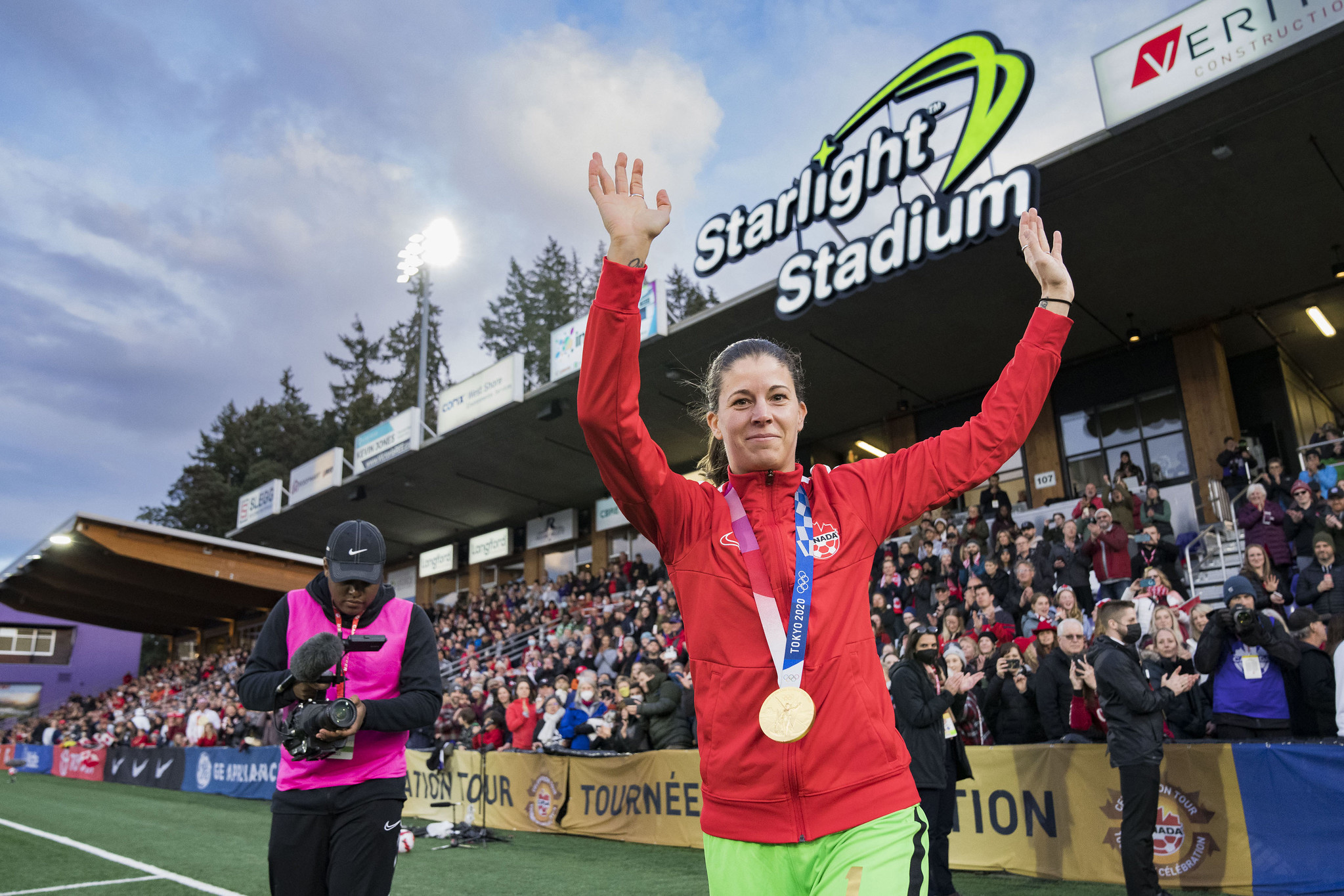 The timing of the club’s announcement of Labbe is not lost on many, and serious questions remain for the Whitecaps moving forward.

The release and fallout from the Sally Yates report has shown how rampant abuse and misconduct is in the National Women’s Soccer League. The Whitecaps have never been involved in the NWSL, but executives at the club have been accused of failing to properly handle allegations against Birarda — who pleaded guilty to four charges earlier this year, including three counts of sexual assault and one count of sexually touching a young person — and Busby.

It has been an emotional week for everyone involved in the women’s game. That includes Labbe who was in tears as she addressed the abuse and trauma she has seen throughout her career. It’s not just an NWSL or US Soccer problem. Clubs and leagues across the world have turned a blind eye and mishandled inappropriate misconduct by those in power.

“The report that came out on Monday in regards to the NWSL and US Soccer,” Labbe told reporters at the National Soccer Development Centre at UBC. “I want to address that, as a player who played in that league and has grown up in women’s soccer world. Abuse, unfortunately was very, very prominent.”

“Unfortunately, there was a culture of silence,” Labbe continued. “I think that wrapped around us a lot. I have to give credit to the bravery and the courage of the players who spoke out and told their stories. I think acknowledging that doesn’t just happen just south of the border. It of course has come north of the border, it happens in Canada and not just in soccer, in all sports.”

The 35-year-old Labbe wants to use her voice to continue to advocate for athletes, and provide safe spaces to speak up about issues. The platform that Labbe will have provides an opportunity for her to make sure that what she has seen or heard during her time as a professional athlete doesn’t happen to the next generation of footballers.

The Olympic gold- and bronze-medalist wants to show that she is willing to stand up for what is right. Labbe wants to lead a Whitecaps organization that does not have a strong track record of making the correct decisions when faced with abuse allegations.

“I want to tell any victim, anybody who has ever faced abuse or been in a challenging situation like that, I am here for you,” Labbe said. “I’m going to be a voice that is going to stand up for you to continue to fight for you. I promise to do my absolute best to take this club in a completely new direction, to stand up, to have the hard conversations, transparency, and honesty, moving forward. I have extremely great ambitions for this club, but I have to acknowledge that first and foremost. I’m extremely excited for this position.”

Labbe will be the head of the Whitecaps women’s program and will work with director of women’s soccer development, Emma Humphries and Girls Elite REX program coach, Katie Collar.

She has a tall order ahead of her. Bringing a professional women’s soccer league to Canada is at the top of Labbe’s to-do list.  While having an NWSL team in Canada might seem like an ideal short-term solution, the long-term plan is to advance the women’s game in Canada by having a pro league.

“My biggest focus and ambition is to help coordinate and bring a professional league to Canada for women,” Labbe said. “I believe it’s the best step forward for this country. I truly believe we have some of the best players in the world right now. Canadian women are some of the best players in the world. To create a domestic league and provide opportunities for them to have the choice to stay home, will not only give them that opportunity. It’ll give opportunities for all the youth growing up to aspire and to dream to play in that league.

Dan and Bob Lenarduzzi continue to remain with the club. Dan has taken on a role as advisor of academy centers, while Bob returns to his position as club liaison.

The dichotomy of those decisions, with the hiring of Labbe, is striking. The Lenarduzzis have drawn considerable criticism from Whitecaps fans with several supporters deciding to not renew their season tickets for the 2023 MLS season.

Having the Lenarduzzi’s remain in the mix even in smaller and diminished roles doesn’t exactly paint a positive picture of a club that has learned from past mistakes.

Labbe believes that the transparency and openness the Whitecaps have had throughout the multiple investigations has shown that the club is taking the necessary positive steps.

“The steps that they’ve taken to bring in Samantha Jean, specifically in the director of sports safety and education, I think that’s a huge step for this club moving forward,” Labbe said. “I think their confidence to bring in someone like me who they know, I will challenge things and I will stand up for the victims and I will make sure that this club is doing right by what the past has happened, but also moving forward and continuing to reconnect this club back to the community, creating safe open spaces for players to explore themselves as athletes, to have zero levels of fear when attending environments and to really be free to be their authentic selves in the most safest place possible.”

Talks between Whitecaps CEO and sporting director Axel Schuster and Labbe first began in January before Labbe had played her final national team game with Canada in April.

The Equalizer has learned that former Canadian men’s international and current Whitecaps striker Tosaint Ricketts played an integral role in helping bring his former Alberta high school classmate on board with the Whitecaps.

Ricketts first brought Labbe’s name forward as a possible candidate and talked with her throughout the process, especially when Labbe wasn’t quite sold on joining the Whitecaps.

Labbe will be based in Calgary and hopes to be in Vancouver as much as she can.

In Spain, the joy of victory meets the agony of circumstance
NWSL Playoffs: Current defeat Dash with last-minute winner