2022 NWSL playoffs: what you need to know 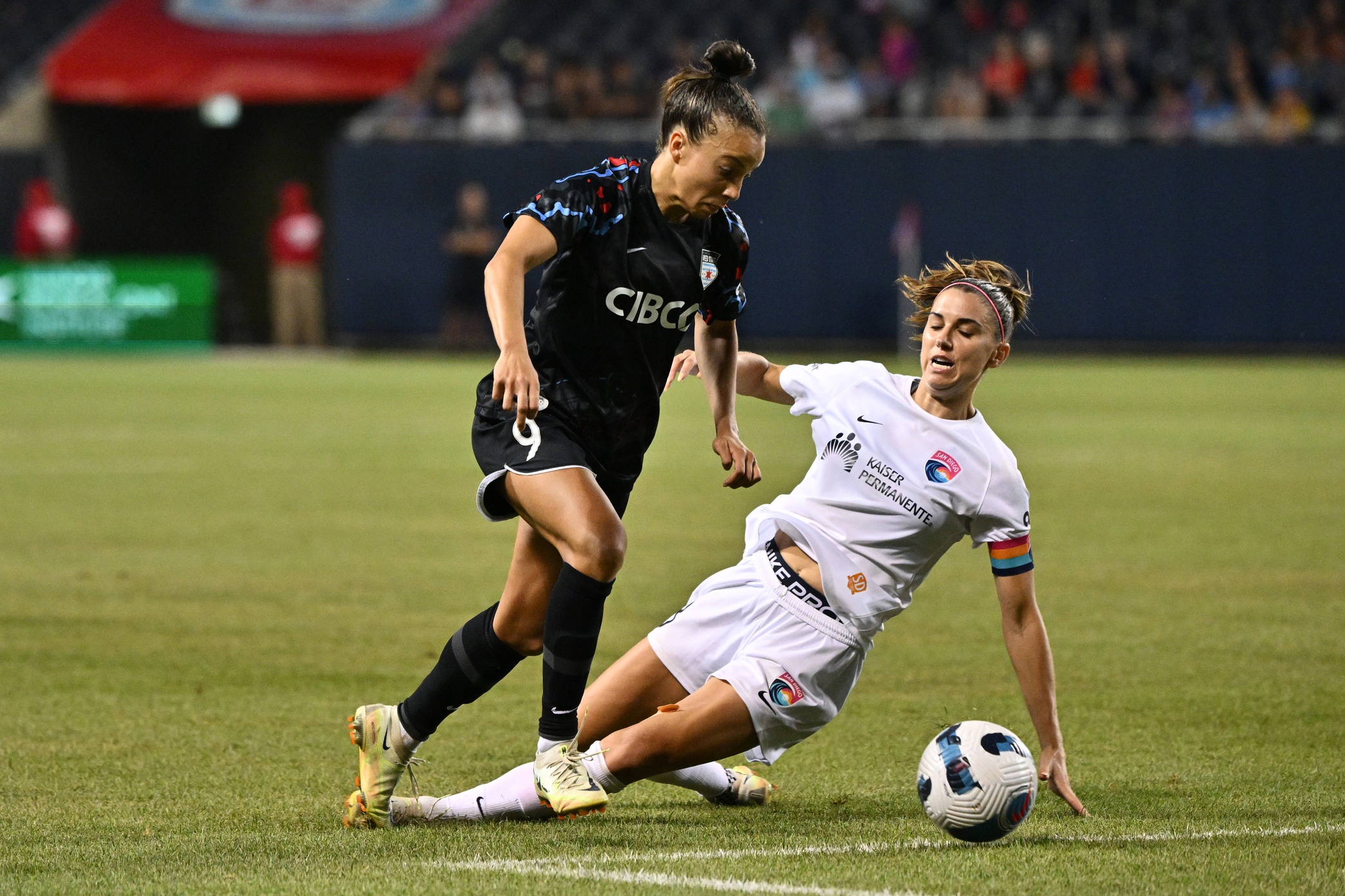 The National Women’s Soccer League playoffs are set after a thrilling final weekend that saw the Shield and final playoff spot change hands. The table was so tight that the Kansas City Current went to the final weekend with an outside shot at the Shield but wound up falling all the way out of hosting any playoff game, and will open their maiden playoff run on the road.

Here’s a look at how the teams finished, with everything you need to know about the upcoming playoffs.

The Reign were gifted a path to the Shield when Gotham rallied from 3-1 down to hold the Portland Thorns, 3-3 earlier in the day, and the Seattle side rolled through the Orlando Pride, 3-0. The Reign also won the Shield in 2014 and 2015, losing the NWSL Championship both seasons. In terms of matchups, the Reign split the season series with the Houston Dash, the road team winning both matches including the Dash’s first ever win in Seattle. The Reign and Current also split with the home team winning each time.

On one hand, finishing second is the same as finishing first. It gets you passage to the semifinals and a home game. The final is at a predetermined venue. On the other, the Shield is considered a major trophy and not only did the Thorns have it in their grasp over the final weekend, they essentially handed it to their blood rivals to the north. Then again, history shows the Thorns are 0-2 in the playoffs as Shield winners and both of their NWSL Championships saw them beat the Shield winners in the final.

As for matchups, they played the San Diego Wave four times. The Thorns won twice in the Challenge Cup, but a more mature Wave side had a draw and win in the regular season. That includes the June 8 match at Torero Stadium that saw the Thorns lead 2-0 against the run of play only to see the Wave rally to tie on two Taylor Kornieck goals in the last 10 minutes.  The Thorns drew the Red Stars in Chicago and blitzed them at Providence Park in the penultimate match of the season. They have also been sent out of the last two playoffs by the Red Stars, including last season in the semifinal after the bye.

When the Wave played the Courage to a 0-0 draw on Friday night of the final weekend, it opened the door for the Red Stars to get into the playoffs by beating Angel City two days later, which they did, 2-0. Will the Wave live to regret their generosity?

San Diego beat the Red Stars twice this season, May 15 in San Diego and July 30 at Soldier Field in Chicago. That was the night Jaedyn Shaw scored on her NWSL debut and the Wave made it stand up on the shoulders of a Kailen Sheridan penalty save on Mallory Pugh. This is obviously the Wave’s first playoff match while the Red Stars are in for the seventh straight season. They’re still looking for a championship. The health of Alex Morgan and Taylor Kornieck, who both missed the regular-season finale and the United States’ trip to Europe, will be a storyline surrounding this match.

Playoff debuts for both. The Dash finally broke that ceiling in their eighth regular season while the Current orchestrated a remarkable turnaround after winning only three games in 2021. The Current were set to host as the No. 3 seed until Jess McDonald buried them in stoppage time in the season finale, while the Dsh were dispatching the Spirit.

So, this one will be in Houston, where the Dash beat the Current, 2-1 in July. The Current won the match at Children’s Mercy back in May. They also played twice in the Challenge Cup, both Current victories. That was before the Dash got things turned around under interim head coaches Sarah Lowden and now Juan Carlos Amoros. And the Current will be without Desiree Scott, who was sent off in the Louisville game and will have to serve a suspension.

THOSE WHO DID NOT MAKE IT

The Courage had a strange regular season, but they finished 7-2-1 and slowly got their defense on track down the stretch. They couldn’t overcome the slow start, which can be blamed on some combination of injury, schedule weirdness, and some COVID-19 protocol issues. They have some dynamic talent as well as three first-round picks. They also won the Challenge Cup, so they aren’t heading into the offseason completely emptyhanded.

They didn’t make the playoffs, but it was a solid inaugural season for Angel City, who grinded out results with a roster that lacked depth, and were in the race until the very end. They also lost Christen Press to a torn ACL, attempted to replace her with Sydney Leroux, and then lost Leroux to injury after two appearances. Along the way they packed Banc of California Stadium and set new standards for community involvement.

Racing roared to finish 3-1-0 after being pummeled 5-1 in a no-show defensive performance early in September. Were they figuring things out? Unfortunately, we won’t know for several months. There is talent on this roster, though, and Savannah DeMelo appears to be a player you can build a midfield around. The defense will need to be improved, and if they hold on to the No. 4 pick it will be their fifth top-five pick in three years. The others are DeMelo, Jaelin Howell, Emily Fox, and Emina Ekic.

This was a year of transition for the Pride in almost every way possible, including the recent finality to the termination of Amanda Cromwell. They’ll need to get the coaching seat figured out and decide if Marta is going to make another go of it as a veteran recovering from an ACL tear on an extremely young side. Look for a good bit of roster shakeup.

The Spirit are going to have to decide which of the last two seasons is more representative of the future. Can the 2021 championship team rebound with some tweaks? Or was 2022 a sign that the prior year’s push was an aberration? The former seems most logical but with a new coach coming in or Albertin Montoya putting his own stamp on things, look for at least a few changes, even if the draft is not where they start.

Can you say reboot? There was so much promise in Gotham’s 2021 campaign when things off the field started coming together and the team saw success on it for the first time in a long time. But until that rally fora 3-3 draw in the season finale snapped a 12-game losing streak and cost the Thorns the Shield, the positive moments from 2022 were few and far between. That the team badly underachieved will make it more difficult to decide who should stay and who should go. They’re on the clock for the draft. If they make the top pick, it will be the first time the club has selected No 1 overall in the NWSL.

In Spain, the joy of victory meets the agony of circumstance
Best NWSL players of 2022: Top 5 goalkeepers