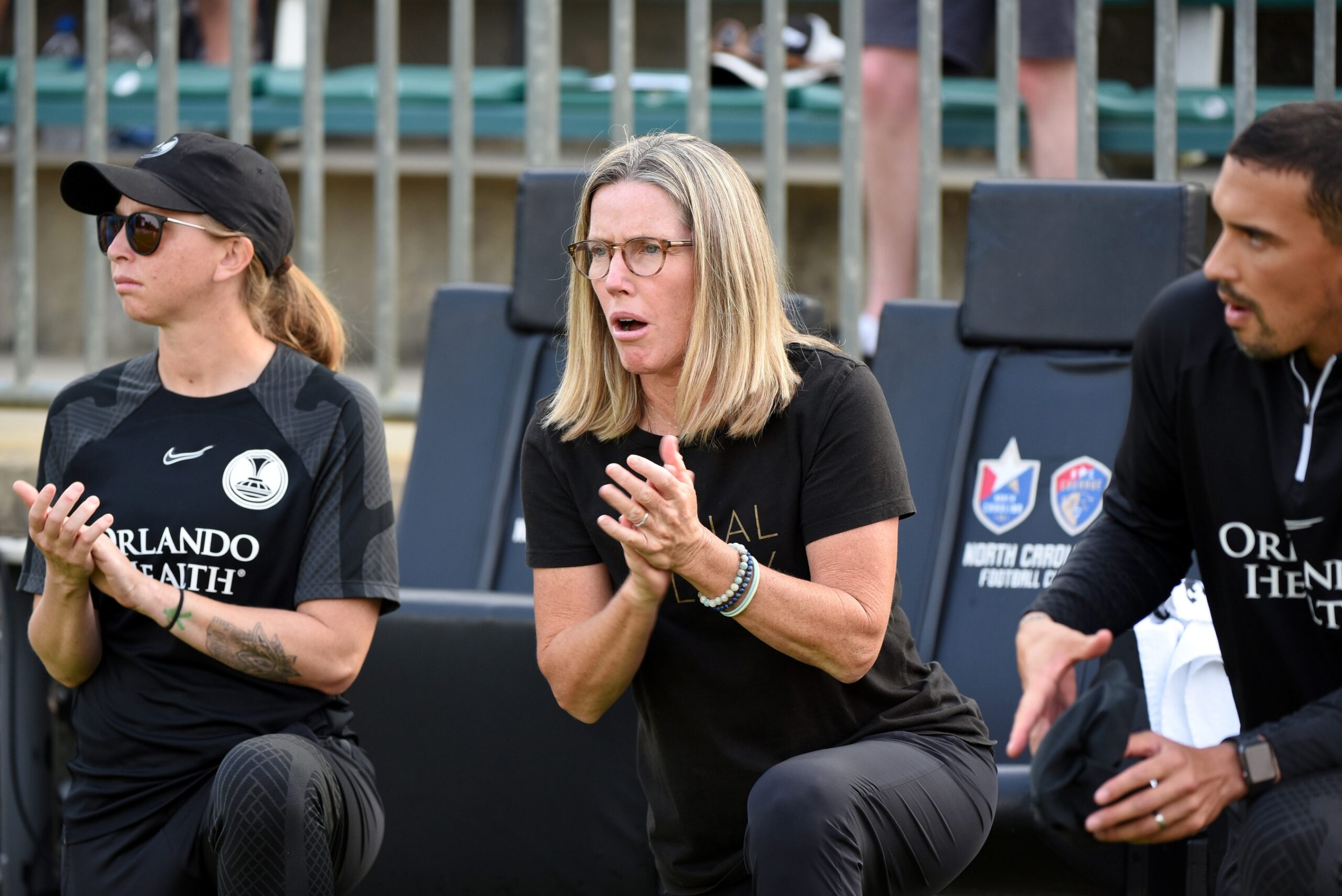 Amanda Cromwell and Sam Greene each had their employment contracts terminated as Orlando Pride head coach and assistant coach, respectively, the National Women’s Soccer League announced on Monday. The punishments come following the conclusion of the matter by the NWSL and NWSL Players Association’s joint investigation that found evidence of verbal abuse, “improper favoritism,” and retaliation.

Cromwell and Greene cannot work in the NWSL “in any capacity unless or until approved by the commissioner,” the league said in a statement releasing the investigation’s findings. Cromwell and Greene had been on administrative leave since June 7 after arriving at the Pride from UCLA in December 2021.

Among the details shared by the NWSL is a timeline of events that traces back to March, when the Orlando Pride investigated allegations of verbal abuse and improper favoritism. Cromwell and Greene received written warnings and Cromwell was informed that she would be required to participate in leadership training.

In May, the joint investigation team received complaints that Cromwell and Greene engaged in retaliation against players who they believed had “initiated, participated in, and were supportive of the March investigation.”

Over the past five months, investigators found evidence of retaliation, they say, including conduct that discouraged reporting and “fostered a general fear of retaliation.” This included seeking to waive or trade players who they allegedly targeted.

Cromwell released a personal statement simultaneous to the NWSL and Orlando Pride announcements stating that she will be “reviewing all legal options” and calling the investigation “biased and incomplete.” She says she fully participated in the investigation.

According to Cromwell, she decided — along with the coaching staff, general manager Ian Fleming, and the board of directors — to waive a player “based on performance and conduct that was detrimental to the team culture.” She says the decision was approved by all involved.

The NWSL says the Cromwell, Greene, assistant coach Michelle Akers and goalkeeper coach Aline Reis raised complaints in June that “they were subjected to various forms of misconduct,” claims the league said it found to be unsubstantiated through a third-party investigator independent of the NWSL/NWSLPA joint investigation team.

Cromwell and Green can ask for reinstatement by the commissioner “only after they have successfully completed the mandatory training and coaching, acknowledged wrongdoing, and demonstrated a sincere commitment to modifying their behavior,” the NWSL says.

The NWSL is also requiring the entire Orlando Pride organization to take place in training regarding retalitation, discrimination, harassment and bullying.

“As we continue to build a league as elite as the players on the pitch, it is critically important that we foster a culture where individuals can safely come forward with concerns without fear of reprisal,” NWSL commissioner Jessica Berman said. “These retaliation concerns were identified during the NWSL/NWSLPA Joint Investigation and interim measures were put in place due to the ongoing nature of the misconduct.”

The entire joint investigation is ongoing and independent of last week’s report from former U.S. attorney general Sally Yates, which came following an investigation commissioner by U.S. Soccer. The joint investigation is expected to conclude in full by the end of the year and include several cases of misconduct beyond the Yates report. The NWSLPA announced last week that it was reviewing conduct of all existing teams dating back to the league’s first season in 2013.

Among the answers expected as part of the joint investigation were the fates of Cromwell and James Clarkson, the Houston Dash head coach who was suspended on the eve of the 2022 regular season. The NWSL has not provided any updates on Clarkson since then.

Cromwell won an NCAA championship with UCLA in her first season in charge in 2013 and remained at the school through the end of 2021. Her move to Orlando was seen as a potential watershed for the NWSL in attracting coaches from major college programs, something which did not previously happen due to the league’s instability and low pay compared to relatively stable and financially fruitful work conditions in the college game.

Cromwell’s tenure started off with a curious miss in the 2022 NWSL Draft. Orlando used the No. 5 overall pick on forward Mia Fishel, who played for Cromwell at UCLA and decided to forego her final year of college eligibility to play professionally. Fishel instead signed with Mexican powerhouse club Tigres, for what sources told The Equalizer was significantly more money.

Orlando Pride and Orlando City SC owner Mark Wilf said the club supports the league’s decisions to terminate Cromwell and Greene, and to have everyone at the club undergo training.

“We recognize that hiring the club’s next head coach is a critical step forward, and we will immediately begin a process to identify a leader that will embody the values of our organization, bring a competitive roster to the field and, most importantly, protect and advocate for our players,” Wilf said.

Follow every update in the ongoing NWSL abuse scandal