England 2, USWNT 1: Three thoughts from a weird night at Wembley 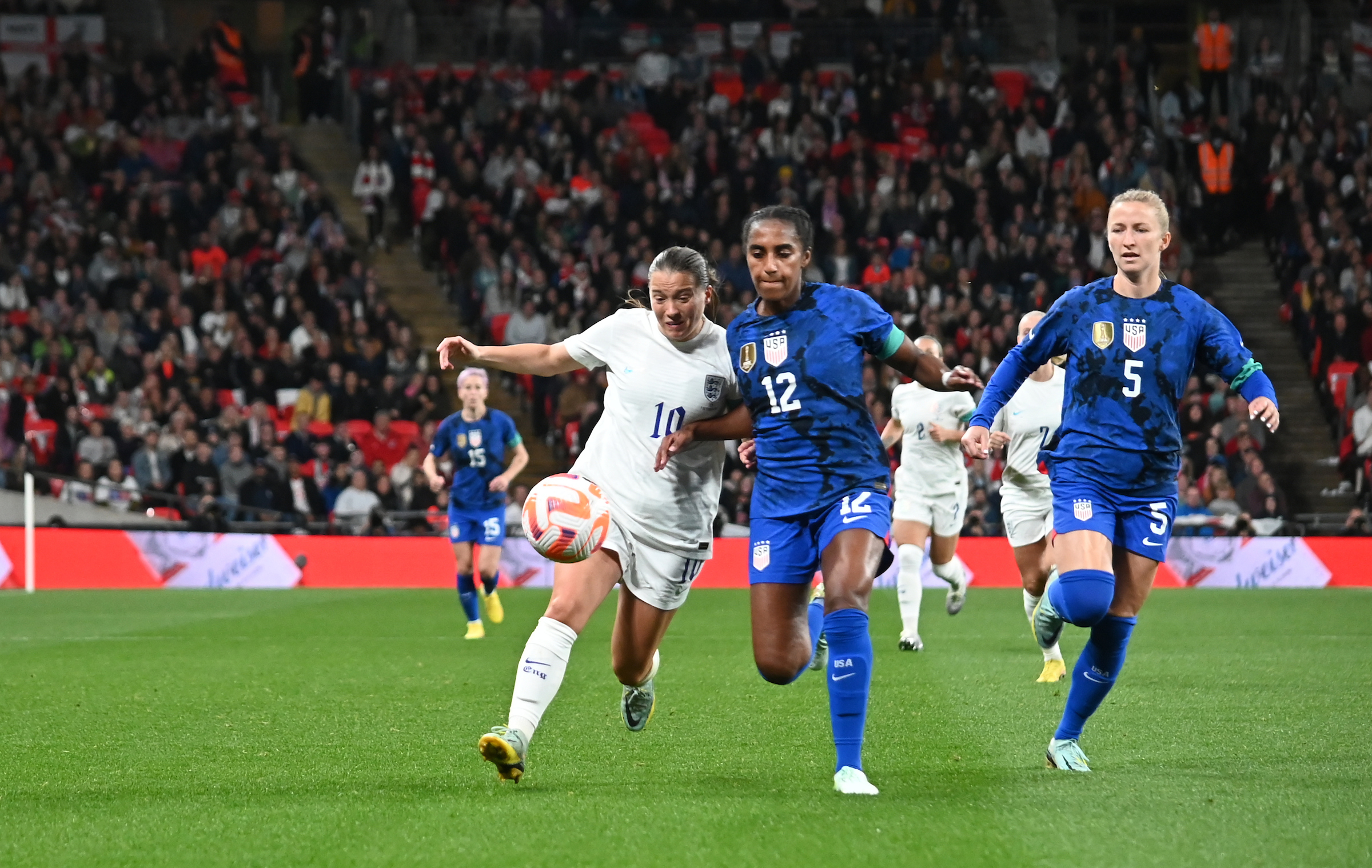 It is a difficult week to talk about soccer. At a minimum, what happened on the field on Friday cannot be viewed in a vacuum, given the traumatic week that was (yet again) for players in the United States specifically. Unequivocally, the Sally Yates report on systemic abuse in the National Women’s Soccer League, which was released on Monday, weighed heavily on players.

Prior to the match, England and U.S. players joined together in front of a teal banner that read, “Protect the Players,” and players from both teams wore teal armbands in solidarity with sexual violence survivors.

Given the backdrop, soccer was certainly secondary, and it’s important to state that right up front.

Still, for 90 minutes, England and U.S. players combined to produce a match and environment that felt like much more than just a friendly. England prevailed, 2-1, and did so while dictating the pace of the match and severely limiting the United States’ attack. Injuries to key players on both sides meant this game looked much different than it could have, but it still produced both questions and answers for the United States.

Keira Walsh and England own the midfield

Keira Walsh was spectacular on the day from her deep-lying midfield role, playing line-breaking passes and calmly getting England out of pressure from as deep as inside her own 18-yard box. Georgia Stanway, who played alongside Walsh, played the big pass that led to England’s opening goal in the 10th minute.

Access the best women’s soccer coverage all year long
Start your FREE, 7-day trial of The Equalizer Extra for industry-leading reporting and insight on the USWNT, NWSL and beyond.
Subscribe
Existing Users Sign In Here
Related TopicsEnglandExtraFeaturedNaomi GirmaTrinity Rodman