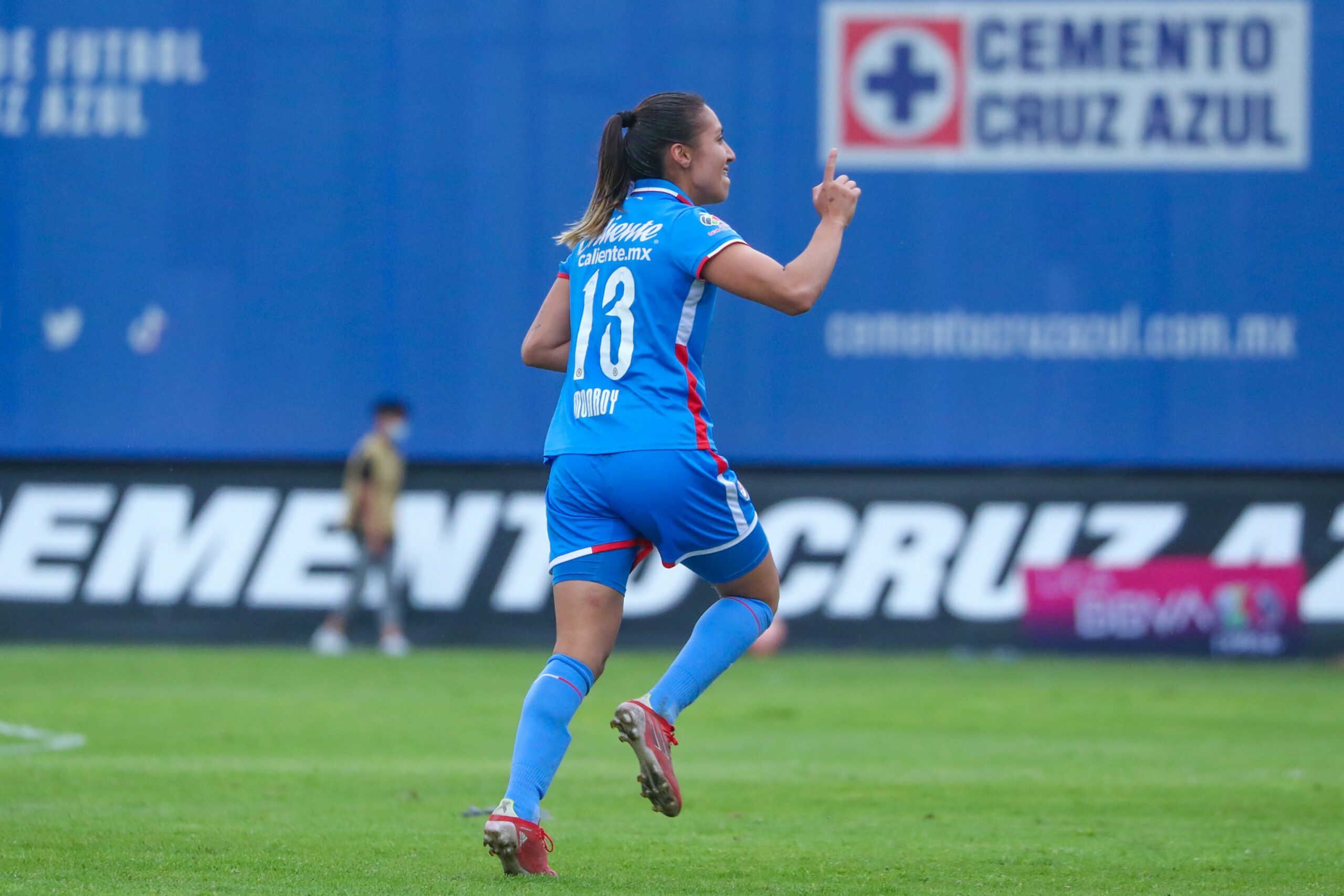 The National Women’s Soccer League isn’t the only league with chaos in the standings. While the NWSL will see a regular-season finale this weekend, Liga MX Femenil has a couple more weeks to go until the Liguilla teams are confirmed.

Right now, there are nine teams that can make a push for the final two playoff spots. In Mexico, the top eight teams advance to the Liguilla. Last weekend, Chivas, Monterrey and Tigres confirmed their places in the playoffs. After this past weekend’s matches, Club America, currently in the fourth place slot with 29 points, clinched their berth. America did so with the return, this season, of Alison González, the 20-year-old goal scoring prodigy in Mexico, whose goal against Pachuca served as the game-winner.

Club Tijuana tied with Cruz Azul this weekend, a result that benefits Cruz Azul more than it does Tijuana. However, should Tijuana win in Week 15 against seventh-place Toluca, they will confirm their spot in the Liguilla.

Take a look at some of the action from this past weekend, as well as a glance at the Golden Boot race and the latest Mexican women’s national team roster.

A couple weeks ago, we highlighted how Cruz Azul has been inconsistent with making the playoffs. One too many times, the team has been right on the outside looking in, occupying the ninth place spot — right below the playoff line. Cruz Azul drew with Tijuana on Sept. 25, and the single point puts them in eighth place.

It’s not a comfortable lead for Cruz Azul, though. Right below them, with 18 points, sits UNAM Pumas.

On Sunday, Tijuana found the back of the net first, thanks to Paola Villamizar striking from the top of the box. However, Tijuana let their guard down in the 78th minute, when Daniela Monroy scored.

While Tijuana looks to fill at least fifth or sixth place, Cruz Azul is fighting their way to a playoff spot. The last three matches on their schedule include Queretaro, Pachuca and the regular-season finale against first-place Chivas de Gaudalajara. Needless to say, it won’t be an easy task for Azul.

Club América, as mentioned, secured their playoff spot with a victory over Pachuca. On the other hand, Tuzos is sitting in sixth place, with 22 points. Toluca also has 22 points, but Pachuca’s goal differential of +12 is far superior than Toluca’s GD of -2.

Club América had everything in this match. After two first-half goals from Aurelie Kaci and Gonzalez, Club América forward Scarlett Camberos — who was tabbed on the Mexican roster for October friendlies — was given a red card. In fact, it was a second yellow card that turned into a red. Her first came in the 23rd minute, just moments after Kaci’s goal. The second yellow card occurred in the 36th minute after stepping on the foot of Lizbeth Ángeles.

After a bit of rolling around — and possibly embellishment from Ángeles — Camberos was sent off with a confused look.

Marta Cox scored for Pachuca in the 80th minute, but, despite being a player up on America, Pachuca couldn’t muster enough of an attack to equalize or take the lead. Credit to the Club América defense of Jocelyn Orejel, Andrea Pereira, Kimberly Rodríguez, Sabrina Enciso and goalkeeper Itzel González for stout defending against a strong Pachuca attack, that also includes Charlyn Corral and Jenni Hermoso.

Pachuca is still in the hunt for a playoff spot, but the loss doesn’t help them with other teams climbing up the table. Pachuca’s final stretch includes FC Juarez, Cruz Azul and Mazatlan. Tuzos, who made the Liga MX Femenil Clausura Final against Chivas last season, is the better team, on paper, in all three matches.

Mexico has announced its first roster in the Pedro López era. Mexico will be taking on Poland and Chile in upcoming friendlies in Europe. Both matches will be held in Spain, with El Tri Femenil facing off with Poland first on Oct. 7 at Estadio Municipal de Chapín. On Oct. 10, in Cádiz, Mexico will take on Chile. This is the second international window since the firing of Mónica Vergara.

Representing the United States are María Sánchez (Houston Dash), Diana Ordóñez (North Carolina Courage) and Jimena López. Also, Maricarmen Reyes, who is currently a graduate student for UCLA, is joining the team. Reyes currently has four goals and one assist in seven collegiate games. She scored twice on Sept. 23, against Cal.

Mia Fishel, who was once again not called up to the U.S. women’s national team roster for October friendlies, is in the lead in the Golden Boot race. Fishel scored two more goals in Tigres’ 4-1 victory over Toluca this past weekend. Tigres plays tonight against Monterrey, in a much tougher match for the young American out of UCLA. Right behind Fishel is Christina Burkenroad of Monterrey, with 13 goals. Those two will make for an exciting late-night match.

Kiana Palacios trails behind with 11 goals and is tied for third with Charlyn Corral. Neither player scored this past weekend. Angelina Hix and her Club Tijuana teammate Renae Cuéllar are tied with 10 goals. Rounding out the Top 10 are: Aylin Aviléz (9), Stephany Mayor (9), Alison González (7) and Caro Jaramillo (6).