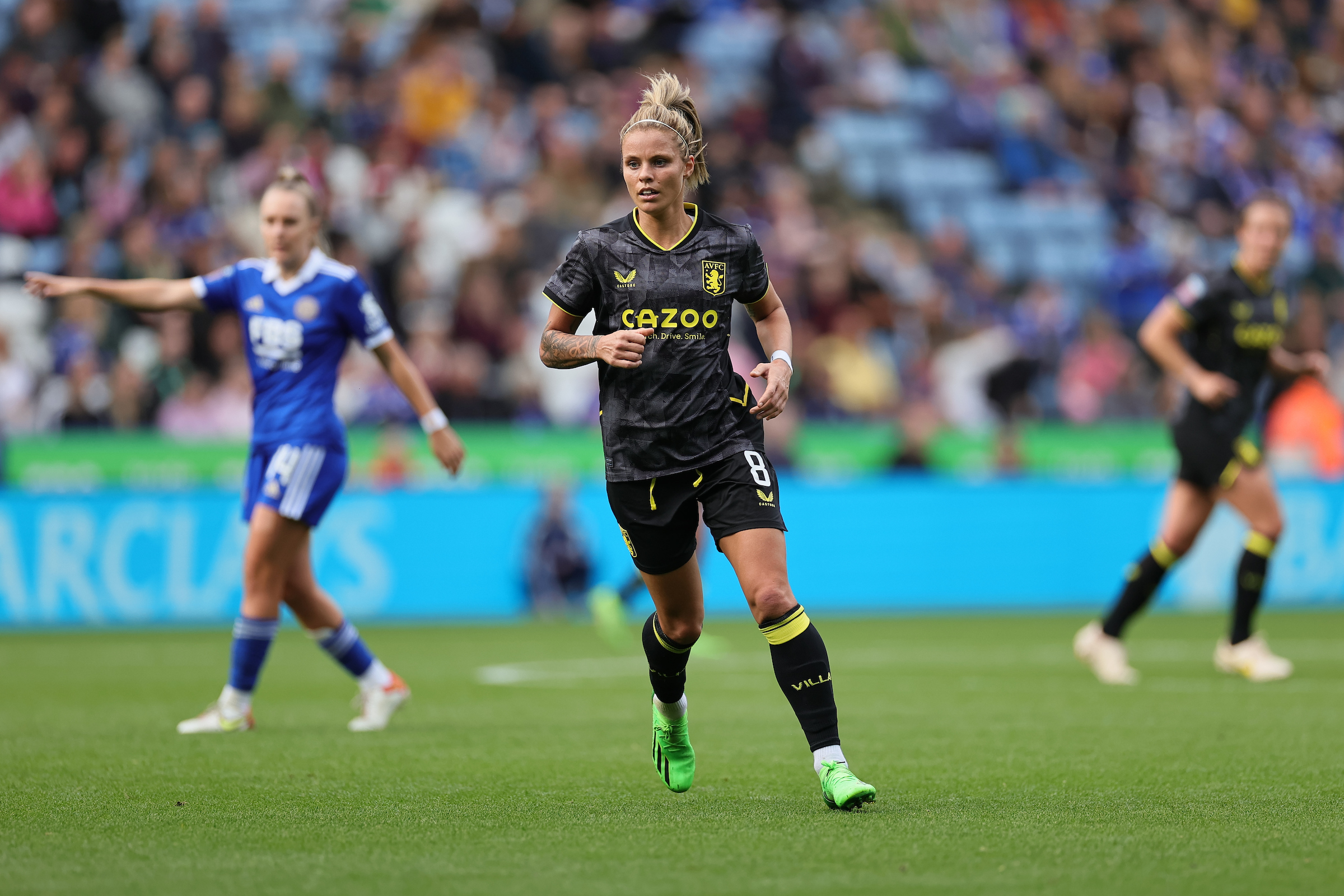 Chelsea got points on the board in week two of the FA Women’s Super League, while Manchester City continued to struggle. Meanwhile, Arsenal, Manchester United, and Aston Villa each earned their second wins of the campaign.

After a shock defeat in week one against newly promoted Liverpool, Chelsea got their first win of the season on Sunday at home against Manchester City.

The first 45 minutes wasn’t easy for the title holders, as City had the lions share of the chances for long periods. But Chelsea were persistent, especially with their attack down the left flank, and it finally paid off just before the halftime break. A lovely sequence saw the ball ping from Kadeisha Buchanan to Guro Reiten, who headed it to Jessie Fleming. Fleming managed to easily get around City captain Steph Houghton and sent the ball back to Reiten, who crossed it near the penalty spot for the tidy finish by Fran Kirby.

After the halftime break, Chelsea added a second when City’s Leila Ouahabi was called for a hand ball in the box. Maren Mjelde stepped up to the spot and left keeper Ellie Roebuck with no chance to save the penalty.

Arsenal breaks WSL attendance record — 47,367 fans attended the North London derby on Saturday at the Emirates Stadium, breaking the previous record of 38,262 set by Tottenham in November of 2019.

Deanne Rose ruptures Achilles — Reading forward and Canadian international Deanne Rose rupturing her Achilles during the club’s first match of the season last week. Reading announced the news on Thursday, and noted that she will be out for “an extended period” as she recovers.

Arsenal 4, Tottenham Hotspur 0 — Arsenal roared to a four goal win at the Emirates on Saturday. The performance, with goals from Beth Mead, Rafaelle Souza and a brace by Vivianne Miedema, was a welcome change after Arsenal’s rough display mid-week in the UWCL, a 2-2 draw against Ajax.

Liverpool 0, Everton 3 — After defeating the reigning champions in week one of the season, Liverpool couldn’t keep their winning ways going on Sunday, as they fell to Everton by three goals to nil. The Merseyside derby was held in front of an impressive 27,574 fans at Anfield, but it was visiting Everton who put on a show – especially standout Jess Park. Park – the 20-year-old on loan from Manchester City – showed an incredible bit of skill to notch the visitors’ second goal:

Brighton & Hove Albion 2, Reading 1 — Brighton bounced back from a week one loss with a home win over Reading on Sunday, courtesy of goals by Lee Geum-Min and Katie Robinson.

What’s happening in Spain? Inside players’ demands, the federation’s threats, and the media’s role
Lauren James looks ready to fulfill her potential