No. 10 or double pivot? Either way, Vanessa DiBernardo dominates 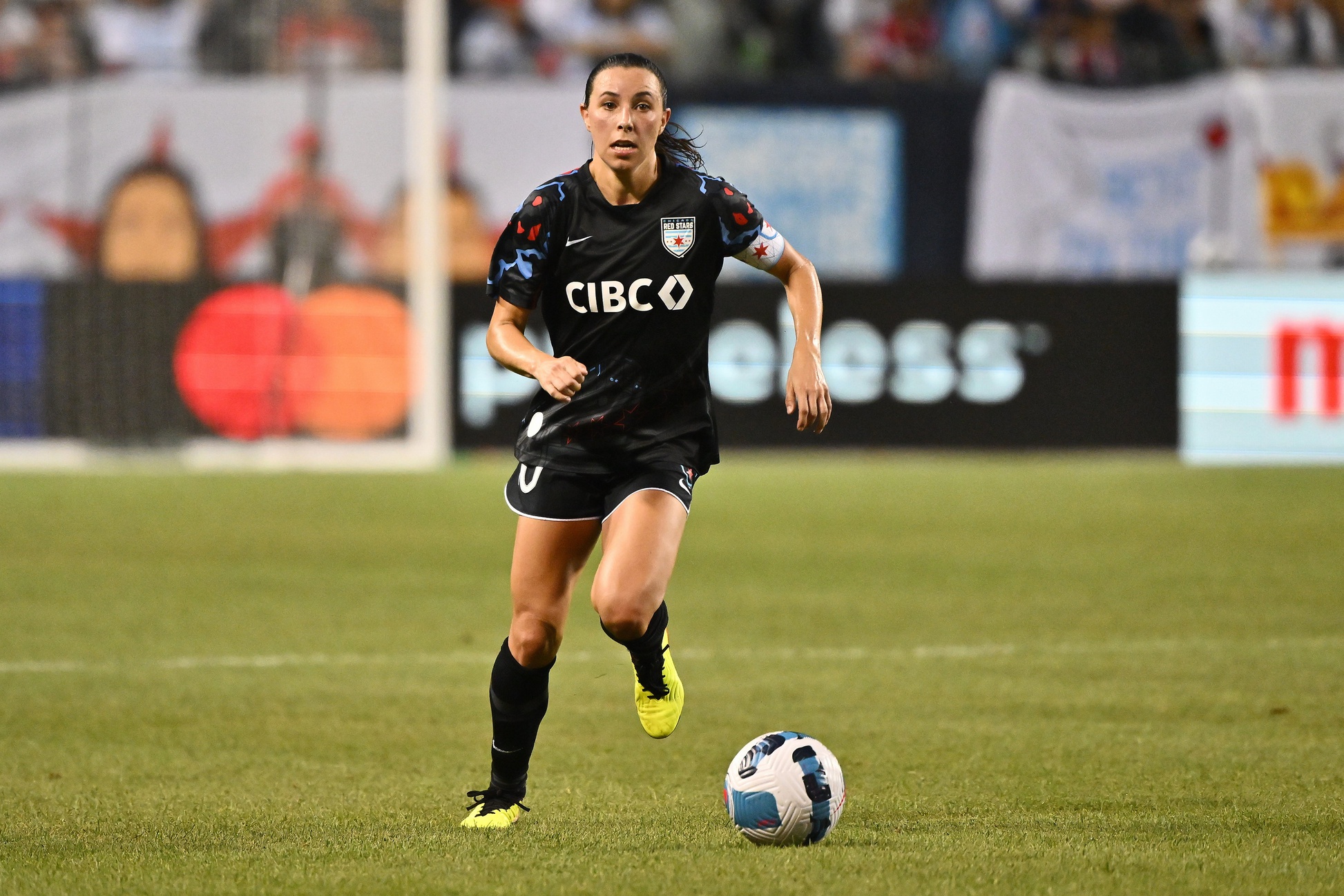 Vanessa DiBernardo is one of the most adaptable players in the National Women’s Soccer League. Naturally an attacking midfielder, she has taken on a different role with the Chicago Red Stars this season and hasn’t once looked out of place.

For Chicago, that shift has been important. In 2021, no team averaged less possession than the Red Stars’ 44.2%. By contrast, in 2022, only the Washington Spirit and North Carolina Courage enjoy more of the ball. Chicago currently averages 52% possession.

That upturn is the result of a new style of play. Changing from a back four to a back three, the Red Stars are now more patient and more committed to keeping the ball. However, for the new style to work, technically proficient and intelligent holding midfielders are a must. DiBernardo ticks all the boxes.

Drafted by Chicago in 2014, DiBernardo was viewed as an attacking midfielder, someone who could link moves, create chances and threaten with shots from the edge of the box. That’s mostly the role she has played, though she has been shifted into other positions on the field at times, including a deeper role in 2016. Speaking to The Equalizer at that time, she credited her father, Angelo — who represented the U.S. men’s soccer team at the 1984 Olympics — with her ability to keep the ball:

“Growing up, my father was my coach and he’s always valued possession… That has just been instinctively put into my brain and that’s just the type of player I am.”

Access the best women’s soccer coverage all year long
Start your FREE, 7-day trial of The Equalizer Extra for industry-leading reporting and insight on the USWNT, NWSL and beyond.
Subscribe
Existing Users Sign In Here
Related TopicsExtraFeaturedVanessa DiBernardo