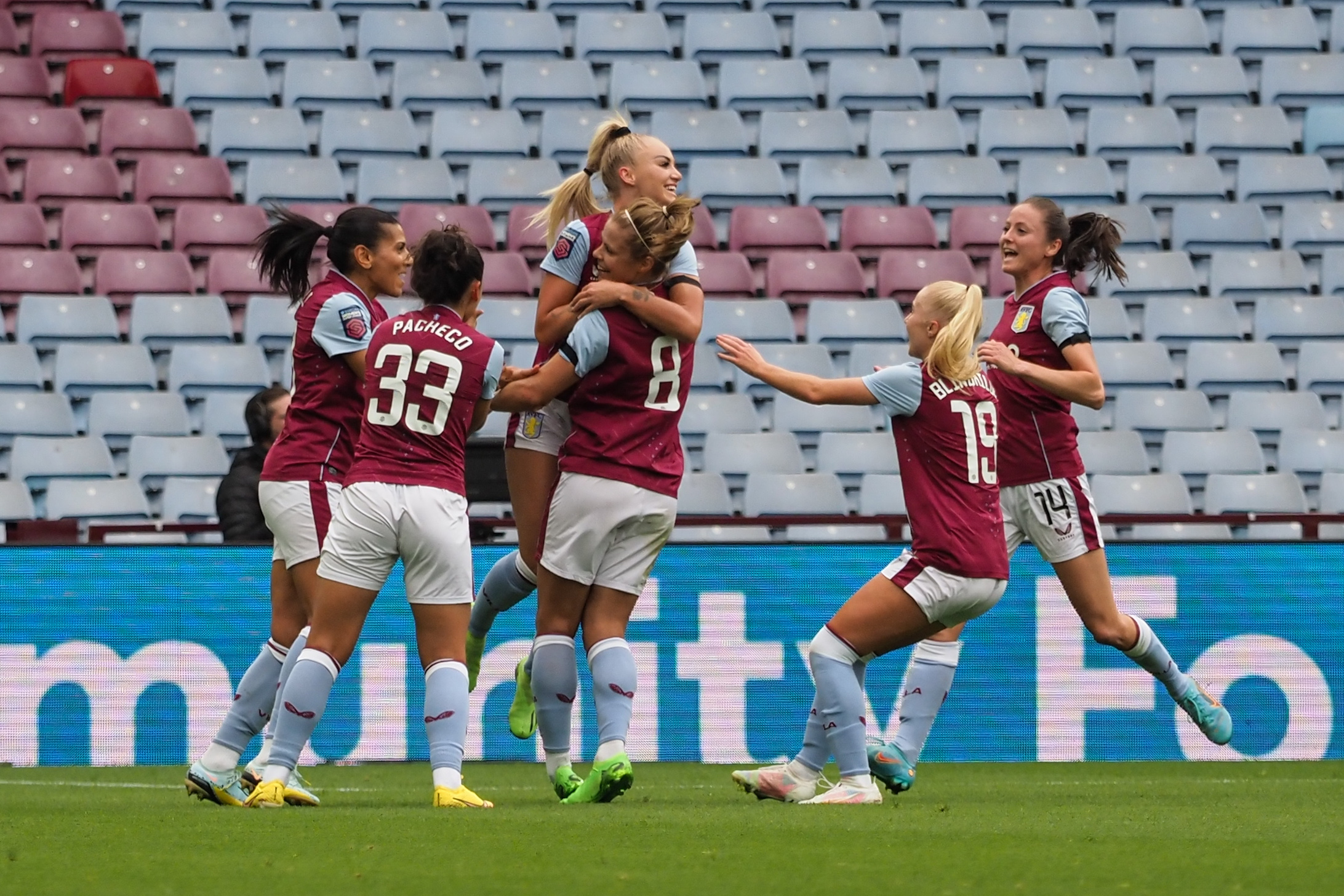 The new FA Women’s Super League season finally began this past weekend, after a week’s delay due to the Queen’s passing. And the weekend lived up to the anticipation, as upsets were handed to two of last season’s top three. Read on for all of the news and highlights from opening weekend.

The title defence got off to a disastrous start on Sunday for Chelsea, as they fell 2-1 to newly promoted Liverpool, who came from behind to secure the win.

The start of the match couldn’t have gone better for the Blues, as Liverpool conceded a penalty just 55 seconds after the opening whistle! A misplaced kick by Gilly Flaherty sent Guro Reiten to the turf, and Fran Kirby stepped up to the spot to convert.

But the defending champs just couldn’t put the game away, and looked like a team still putting things together in the final third. It certainly didn’t help that Pernille Harder was missing from the Blues squad. She was originally in the starting eleven but was removed as a precaution after feeling hamstring tightness during warmups.

The tides turned in Liverpool’s favour after the hour mark. Millie Bright was called for a handball in the box, and American forward Katie Stengel stepped up to the spot to convert. Then, twenty minutes later, deja vu. Kadeisha Buchanan – making her otherwise solid debut for Chelsea after joining from Lyon in the summer – took out the legs of Stengel before making contact with the ball, and the referee pointed to the spot for the third time of the match.

Stengel left Zecira Musovic with no chance once again, and despite a lengthy period of stoppage time, Chelsea had no answer for the Reds.

After a tumultuous summer filled with player exists, the chaos continued on Sunday for Manchester City, as they fell 4-3 in their opener to a plucky Aston Villa side.

Villa pulled out to a two goal lead early, courtesty of a precise finish by Alisha Lehmann and a beautiful curler by Rachel Daly. The former Houston Dash forward signed for Villa in August.

City was able to claw their way back level after the halftime break, after Laura Coombs beat Hannah Hampton (a shot the keeper should have done better on), and Bunny Shaw headed another past Hampton. Coombs got her second of the match just minutes later to bring City ahead 3-2.

But things went downhill from there for City, and some sloppy defending was to blame. Villa’s high press forced Steph Houghton into making a dangerous pass in front of her own area, which was easily intercepted by Kenza Dali. Dali (also making her Villa debut, alongside Daly) punished the error with a fantastic strike from long range.

The final nail in City’s coffin came twenty minutes later, as some tidy interplay between Villa players led to a shot on target, which was spilled messily by keeper Ellie Roebuck. Daly was in the right place at the right time to knock in the rebound, finishing off the seven goal thriller with the winner for her new side.

The summer departures of Caroline Weir, Lucy Bronze, Georgia Stanway, and – most recently – Kiera Walsh have all raised questions about City manager Gareth Taylor’s handling of his squad. This loss won’t do much to make those questions go away.

Arsenal 4, Brighton & Hove Albion 0 — Arsenal started off the season on the right foot on Friday night with a clean sheet and four goals against Brighton, courtesy of Kim Little, Stina Blackstenius, and a brace from Beth Mead.

Manchester United 4, Reading 0 — Manchester United too began the season with a 4-nil win over Reading. 20-year-old debutant Maya Le Tissier scored a brace, while Katie Zelem and Alessia Russo added tallies of their own.

Leicester City 1, Tottenham Hotspur 2 — Goals from Ashleigh Neville and Drew Spence (oh her debut) were enough for Spurs to earn three points on Sunday, despite a comeback attempt by Leicester.

‘Vivstenius,’ victorious? Why a new attacking dynamic will define Arsenal’s season
What’s happening in Spain? Inside players’ demands, the federation’s threats, and the media’s role