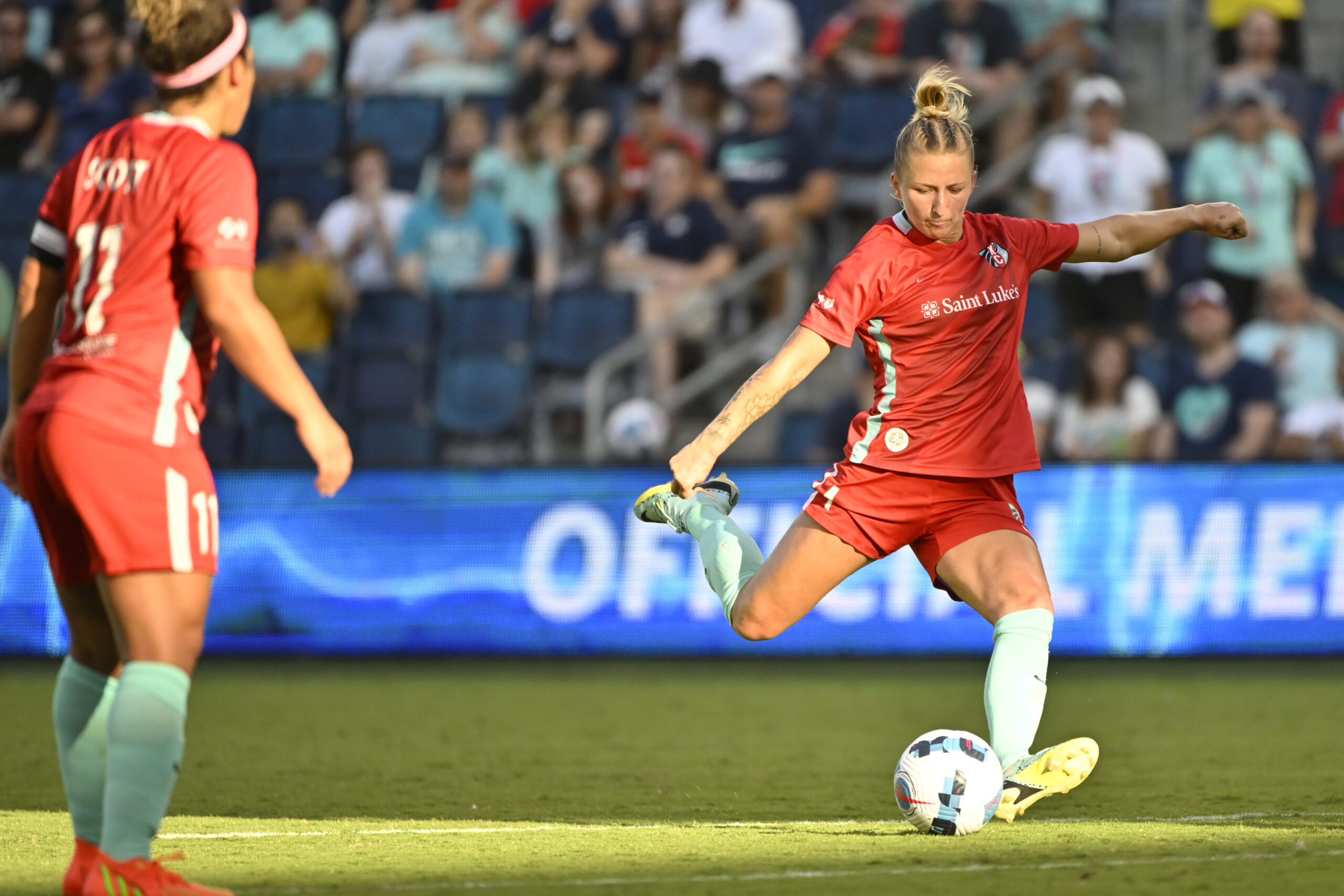 Just one match was on tap on Sunday in National Women’s Soccer League action.

The Skinny: The Current hosted the Thorns on Sunday evening, with both teams vying for a win and the top of the standings. Portland’s persistence throughout the match paid off late with a goal by Rocky Rodriguez, but their breakthrough was canceled out by a Kansas City stunner.

One Key Moment: Just as it looked like Portland were going to leapfrog into the top spot of the standings, Hailie Mace had another idea. Off of a free kick, Kristen Edmonds tapped the ball to Mace, whose rocket of a shot caught the Thorns wall on its way to the back of the net. And the equalizer could not have come later, as the ball hit the net in the second last minute of stoppage time.

Inside the Game: Both AD Franch and Bella Bixby were kept busy on Sunday, as a slow first 30 minutes from both sides gave way to a flurry of chances at either end in the remaining hour. Portland had the edge all match, as Sophia Smith and Morgan Weaver both had quality looks on goal throughout, but Franch was equal to the task each time. Though the stats sheet will show Portland had a significant edge in shots on goal (nine, to Kansas City’s four), Kansas City’s chances were high quality too, as Bixby was forced into action to stop close range shots by both Lo’eau LaBonta and Elyse Bennett.

It goes without saying that both sides will be disappointed to share the points on the night. For Kansas City, a sloppy turnover in front of their own penalty area – coupled with the subsequent inability to clear a rebound – led to Rodriguez’s opener. On the other end, Portland will be disappointed not to have managed the waning moments of the match better – though, in my opinion, it was a weak call on Becky Sauerbrunn that lead to the Current’s free kick.