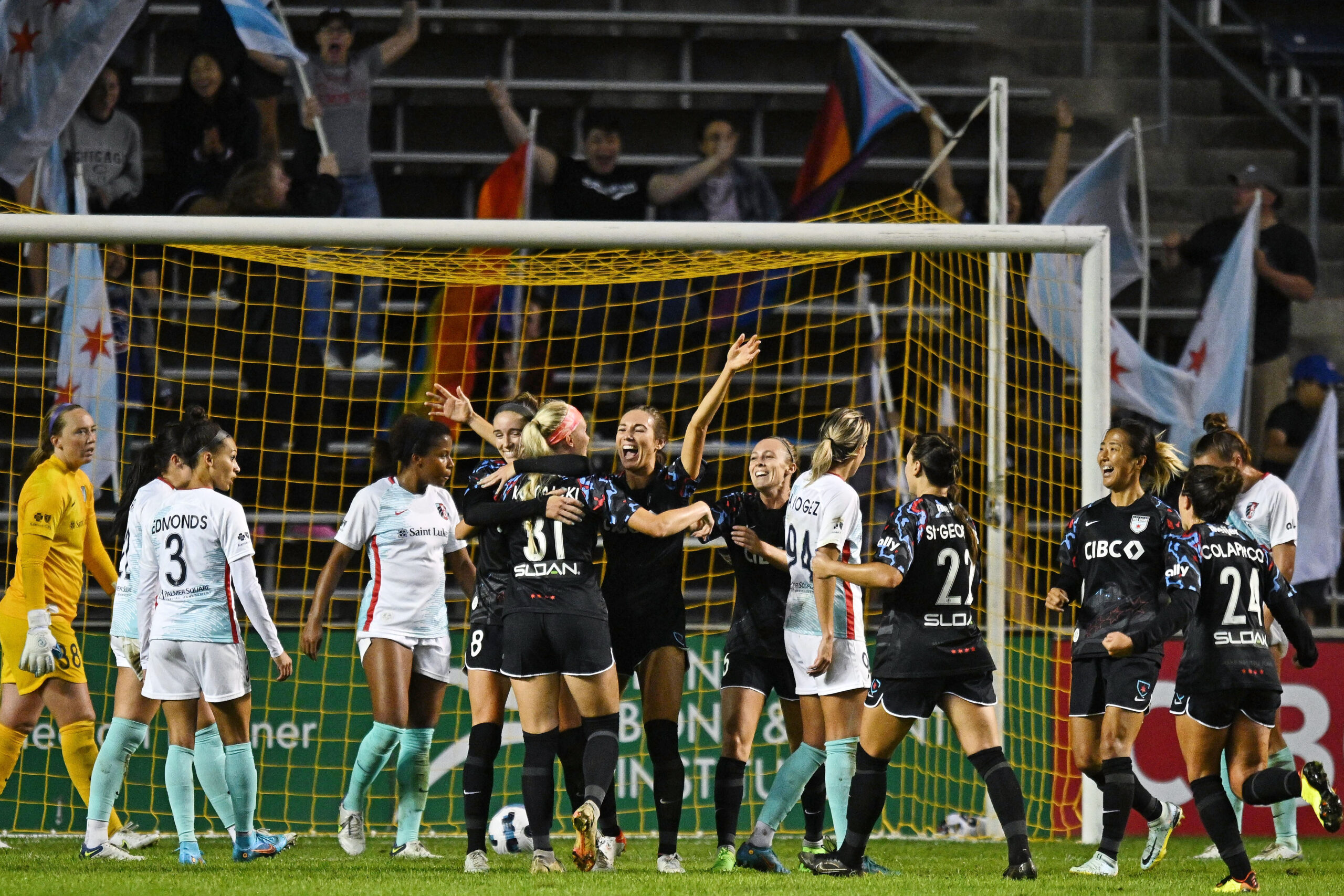 The Skinny: In a match with major playoff consequences, the 8th-place North Carolina Courage eked out a 1-0 win over 7th-place Angel City FC, keeping their postseason dreams alive as they continued their run from the bottom of the table to the edge of the playoffs.

One Key Moment: After a very exciting first 45 minutes between the well-matched teams, the score remained 0-0 at the half. In the 54th minute, however, North Carolina’s Debinha sent a sharp cross to teammate Kerolin who found the top left corner and scored the only goal in the competitive match.

Inside the Game: Entering Wednesday evening’s match, both the North Carolina Courage and Angel City FC could feel the playoffs within reach. The race for the 2022 NWSL playoffs has been extremely close and competitive, and both sides were teetering on the edge of playoff contention.

So it was no surprise that the match kicked off with speed, intensity, and aggression. Both goalkeepers were tested early and often, and the clean sheet at halftime was a testament to both teams’ dedicated defenses. But in the 54th minute, Kerolin – who has been essentially unstoppable for the Courage – found the top left corner off a cross from teammate Debinha and gave North Carolina the lead. Angel City had a lot of trouble getting things moving again after Kerolin’s goal and ultimately could not get level, much less ahead.

Wednesday night’s win did not immediately propel the Courage into playoff contention, but it became their fifth win in six games and featured star Kerolin’s fifth goal of the past three games. After spending weeks 3-14 at the bottom of the table, North Carolina’s total rebound is becoming one of the best stories of the NWSL season.

The Skinny: In their first appearance since taking the lead in the NWSL table, the Kansas City Current got trampled by the Chicago Red Stars, as Red Stars master forward Mallory Pugh scored two, assisted one, and reminded NWSL fans just how exciting and unpredictable the league can be.

One Key Moment: While Tatumn Milazzo’s fifth minute goal for the Red Stars gave them early momentum, Mallory Pugh’s goal off a 90-yard run just three minutes later established Chicago as the dominant team of the match. It also reminded fans – in case they somehow forgot – that Mallory Pugh is a generational talent that seemingly no one can stop.

Inside the Game: Leading up to Wednesday night’s match, the Kansas City Current were receiving all the hype. They transformed from essentially the worst team to the first team over the course of two seasons, and at kickoff on Wednesday evening, they sat in first place on the NWSL table and carried a 13-game unbeaten streak with them.

Those facts, obviously, were not intimidating to the Chicago Red Stars. After an early goal from Tatumn Milazzo followed by a stunning run from Mallory Pugh, the Red Stars were up 2-0 at the half. Although possession by the two teams was even at halftime, and Kansas City had actually taken eight shots to Chicago’s five, the Red Stars had done a better job capitalizing on goal-scoring opportunities, and if they could continue that in the second half, the match would be theirs to take home.

And that’s exactly what happened. Pugh found the back of the net again in the 60th minute after a speedy and skillful run halfway down the field, and Amanda Kowalski headed the ball in for Chicago’s fourth goal minutes later (off a Pugh assist, no less). Chicago’s 4-0 win pulled them into fifth place in the NWSL table and ended Kansas City’s 13-game unbeaten streak. And none of it could have happened without the sprints, skills, and savagery of Mallory Pugh.