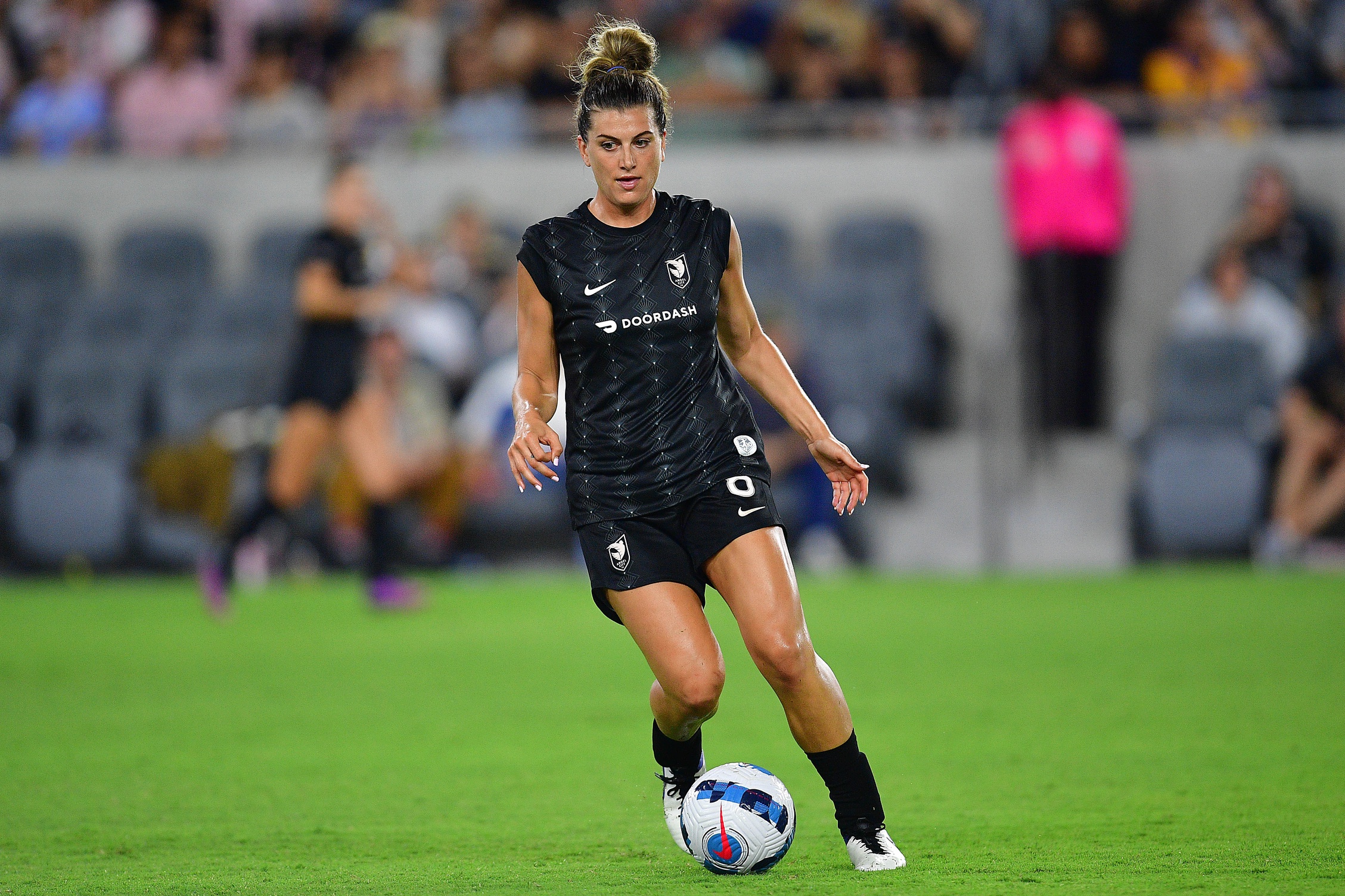 Cari Roccaro did not score a goal in her first six years in the National Women’s Soccer League. She tallied only one assist in those 71 regular-season games.

This year, the Angel City FC midfielder has four goals, all since July 30. “Golden Boot!” she says jokingly as she speaks to The Equalizer about her successful campaign with the Los Angeles-based expansion team.

Now, Roccaro’s impressive run of form earned her NWSL August Best XI honors. She is an important component to Angel City’s playoff push, and she credits her personal success to her ability to better understand the demands of the NWSL season as a seven-year veteran of the league.

Scoring is the effect of that preparation. Starting in 2019, Roccaro set the same primary objective for every season: net a goal for herself. Other than that, instead of focusing on specific statistics, she tries to keep it simple and focus on connecting her passes forward as best she can and not get in her own head.

“Honestly, my goal is to just contribute and help the team be successful,” she said. “I don’t need to be the one who kicks it in the net. I would love to because that means we’re scoring but it doesn’t have to be me. I just want to help us get near the goal in whatever way I can.”

Access the best women’s soccer coverage all year long
Start your FREE, 7-day trial of The Equalizer Extra for industry-leading reporting and insight on the USWNT, NWSL and beyond.
Subscribe
Existing Users Sign In Here
Related TopicsCari RoccaroExtraFeatured