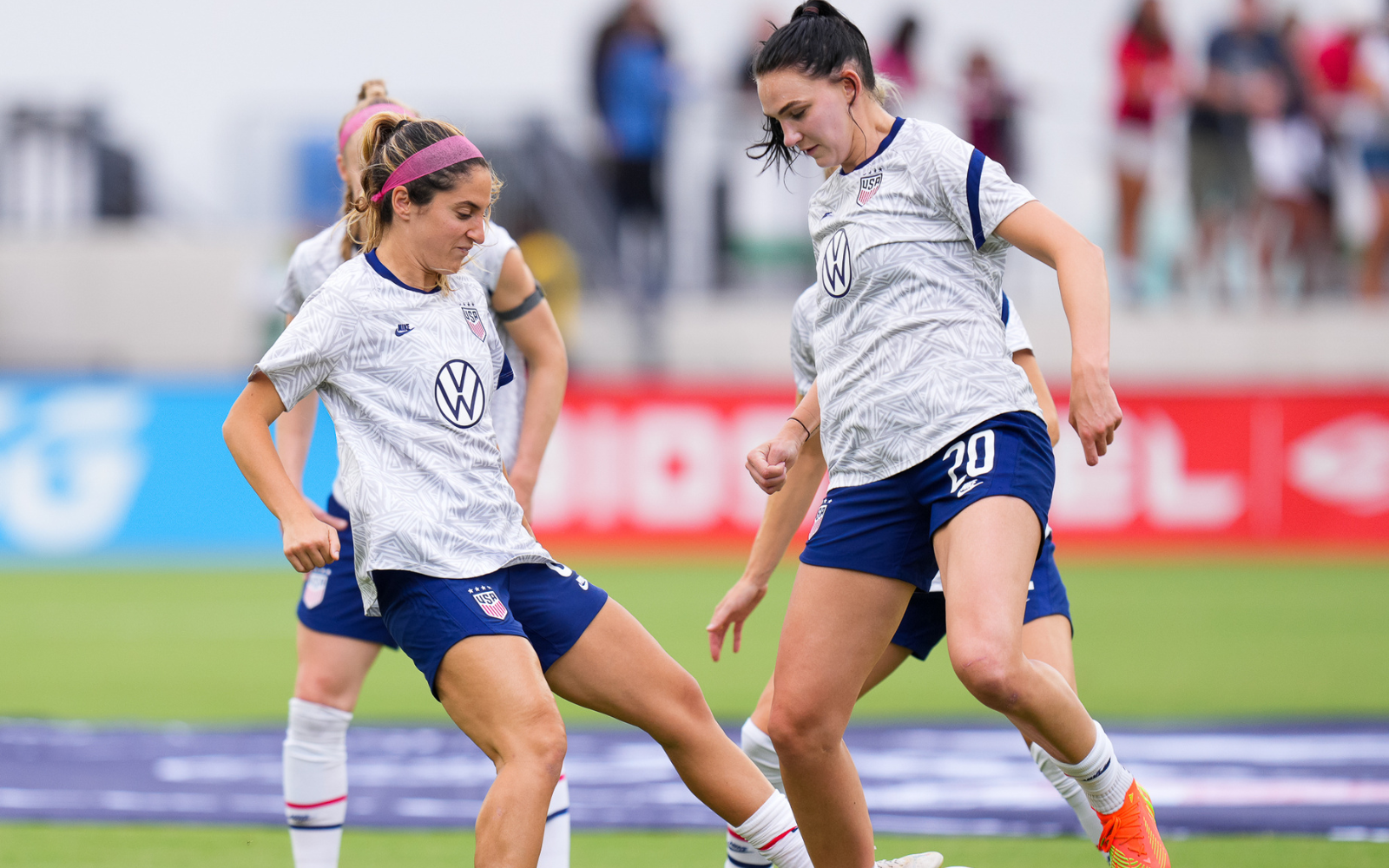 The United States women’s national team is brimming with creative talent right now. Competition for a starting spot in attacking midfield is intense, with four or five viable options for each position. The challenge is one for head coach Vlatko Andonovski to figure out. With the World Cup appearing ever closer on the horizon, and upcoming friendlies against England, Spain and Germany (twice), he has a matter of months to make some big personnel decisions.

Andonovski has made one important strategic adjustment to ease his attacking midfield headache: changing the dynamic of the front three.

Previously, the U.S. played with natural wingers either side of an out-and-out striker. Megan Rapinoe and Tobin Heath were primarily responsible for providing quality service into the box.

Now, however, the wide players in the United States’ front three are more finishers than suppliers. Andonovski has opted for Sophia Smith, Mallory Pugh and, at times, Margaret “Midge” Purce, all of whom play more on the inside and make runs behind defenses. The central forward, meanwhile, acts more like a free player than a pure goal-poacher, withdrawing to link play. It’s a role Alex Morgan has grown accustomed to in recent years but, prior to injury, Catarina Macario was also utilized here.

Still, this doesn’t entirely solve the problem. Morgan is in superb form at club and international level. If that form continues into 2023, it will be hard to leave her out. Macario may be forced to play in one of the more conventional midfield roles, those currently occupied by Lindsey Horan and Rose Lavelle.

Horan has played as the holding midfielder, but this isn’t her ideal position. She is at her best, for both Lyon and internationally for the U.S., when deployed next to a more natural No. 6, such as Amandine Henry or Andi Sullivan. Horan then has less defensive responsibility, and more license to get forward. She can act as a balancing player, supporting build-up from deep and pushing on to create in the final third. In the other attacking midfield role, Lavelle acts more as a free-wheeling No. 10, dribbling at defenses, running behind, setting up and scoring goals. Arguably in the best form of her career, Lavelle is close to un-droppable as things stand.

Lavelle, Horan and (when fit) Macario may be the current starters, but for Andonovski’s system to function during a tournament, he needs to have some consistency of selection when the starters are unavailable, needing rest, or out of form.