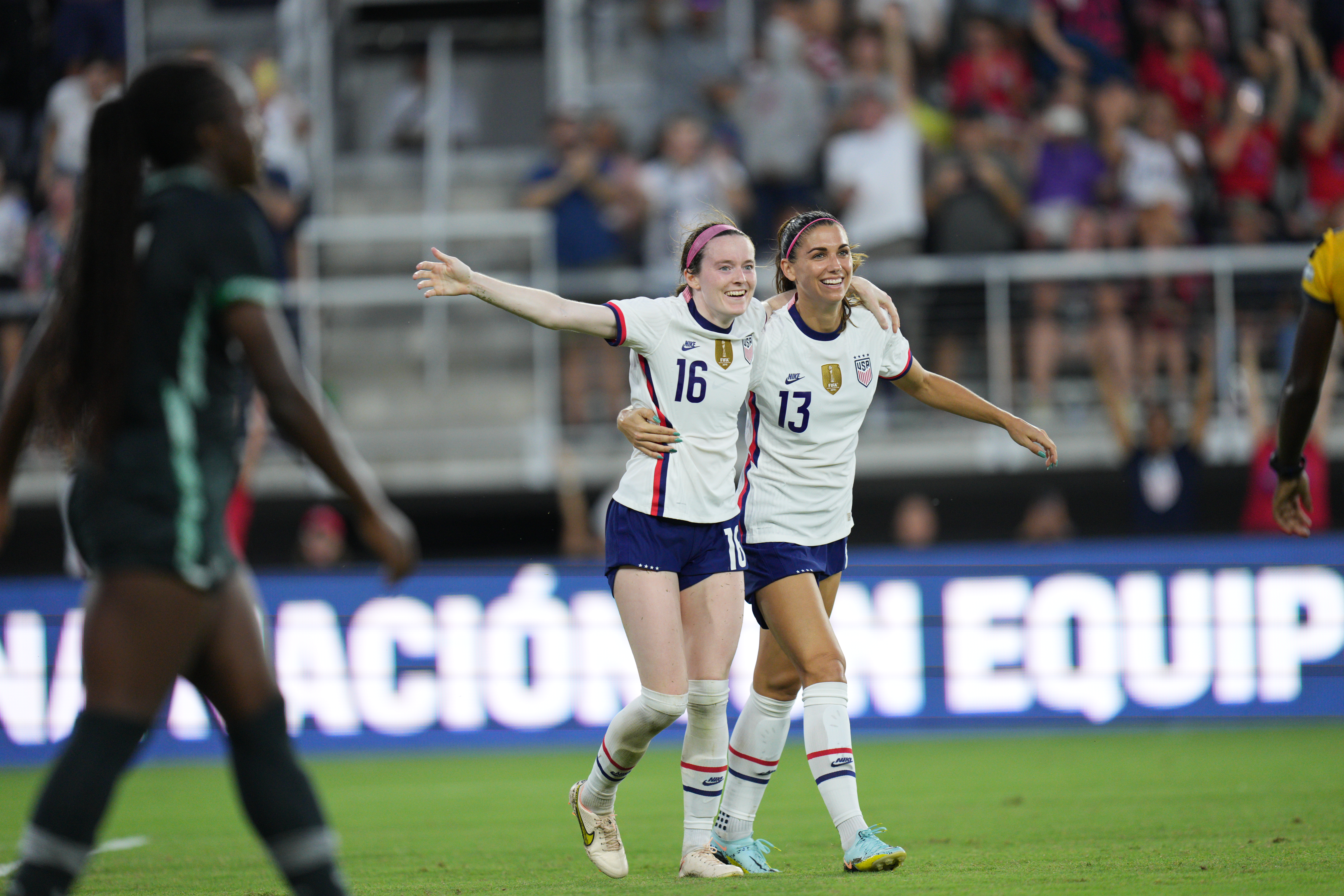 The U.S. women’s national team had a lot of extra pride to their match Tuesday night against Nigeria. The U.S. claimed victory over the Nigerians, but one of the biggest moments of the match came after the final whistle.

Together with representatives from the U.S. men’s national team and U.S. Soccer, including USSF President Cindy Parlow Cone, the U.S. signed the history-making CBA that sees the long struggle for equal pay finally in effect. Parlow Cone joined the halftime show to talk about the deal, saying that, as a former player, there is a lot of pride in being the U.S. Soccer president to get the deal done.

On the field, the United States picked up a second win over Nigeria in the September international window. At Audi Field, the U.S. made three changes to their lineup, bringing in Casey Murphy in goal, and also giving Sam Coffey of the Portland Timbers her senior national team debut.

The U.S. got on the board in the 24th minute with an own goal from Oluwatosin Dimehin. However, it was Chicago Red Stars forward Mallory Pugh who made the play happen with a strong cross in the box.

After the teams broke for halftime, Nigeria got on the board to ruin the U.S.’ perfect night. In fact, it was Uchenna Kanu — who plays as striker for Liga MX Femenil club Tigres — and her goal that broke an 880-minute shutout streak.

The United States took the lead once again in the 66th minute. Just a minute after entering the pitch, Megan Rapinoe notched the assist, sending in the ball inside the box, while Lavelle leaped up and got her head on it, sending it past Nigerian goalkeeper Chiamaka Nnadozie and to the low corner.

Of note, Hailie Mace made her first appearance for the U.S. since 2018, while Ashley Hatch was another substitution, coming in for Alex Morgan in the 80th minute in front of her home crowd in Washington D.C.