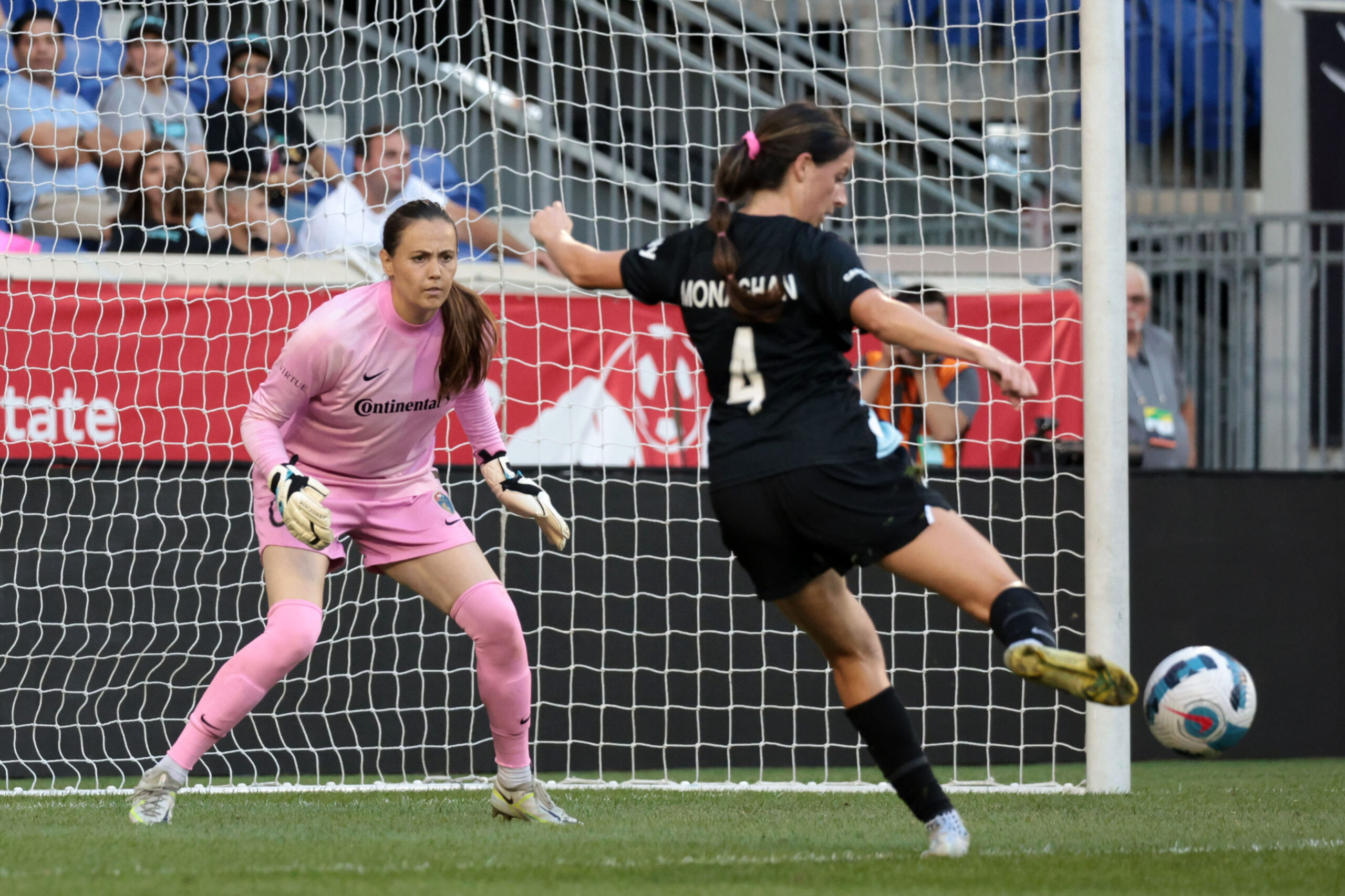 You may be thinking “we’re in the middle of an international break, why is there an NWSL game?” The answer is that this matchup was not initially supposed to take place on Sunday, September 4th but had to be rescheduled because of COVID cases. So, with a few internationals missing for each team, Gotham and the Courage faced off.

The Skinny: The good news for Gotham is that they didn’t concede for 80 minutes and had several point-blank chances to score, obviously the bad news is that they didn’t score any of those chances and lost their eighth match in a row. For North Carolina, Katelyn Rowland had a standout performance in net to keep their playoff hopes still technically alive.

One Key Moment: Nahoma Kawasumi had a fantastic game and put several balls on a platter for her teammates, robbed of multiple assists because of lack of finishing and Rowland’s saves. In the second half, two chances in a row were orchestrated by Kawasumi and then brilliantly saved by Rowland when it looked absolutely certain Gotham were going to score. Absolutely give credit to Rowland and at the same time, Gotham needs to score these opportunities. These two in particular came to Paige Monoghan, and she had a couple more golden opportunities throughout the match, so she is getting in great spots but has to finish for her team to finally win a game.

Inside the Game: This match was relatively even and in many ways shows continuing improvement for the Gotham team that has struggled this season. The defense was solid, and the Courage didn’t get any easy or uncontested looks, and that is reason for excitement for Gotham fans. But things fell apart a bit 80 minutes in and Fuka Nagano was able to find the game-winner after a shallow clearance off the set piece and helped greatly by a deflection off of Mandy Freeman to beat Michelle Betos, who looked to have it covered otherwise. This is both very unfortunate and the story of Gotham’s season while the Courage are starting to put together some strong results for themselves as they start to run out of time to move into the playoff picture.

Rapinoe, Huerta, and the 2022 Reign’s reliance on crossing
Anatomy of a… Save? Rowland preserves the Courage’s clean sheet