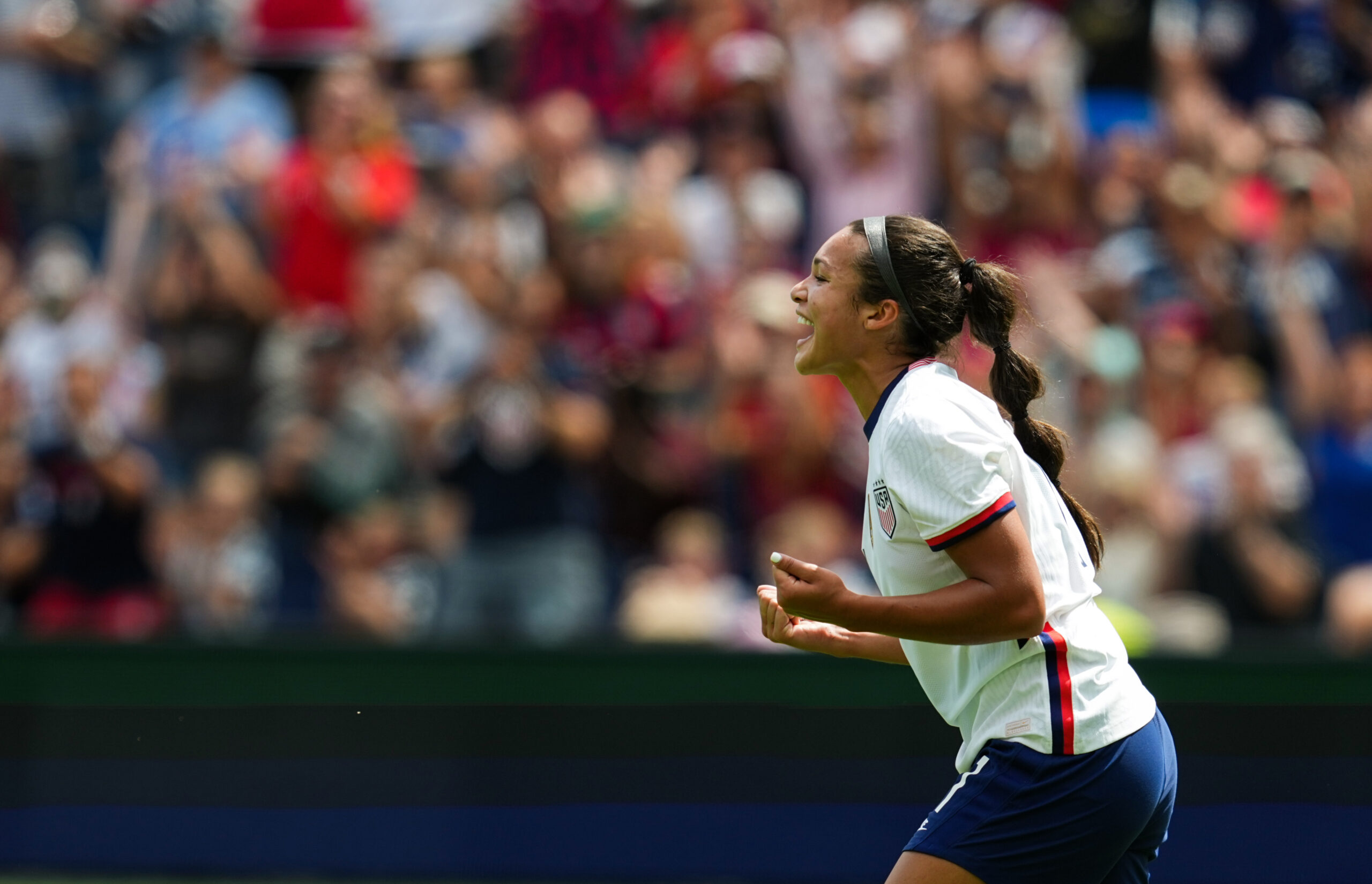 Saturday afternoon the U.S. women’s national team took on Nigeria in an international friendly as teams look to prepare for the 2023 World Cup. At Children’s Mercy Park in Kansas City the reigning World Cup Champions played well, keeping a clean sheet and scoring four in their victory.

It took less than 15 minutes for Sophia Smith to open the scoring in this match. The goal came from a goal kick sent long and direct, to try and bypass the U.S. pressure, that was immediately headed back ahead, then an attempt to disrupt from Ifeoma Onumonu pushed the ball into Smith who was making a brilliant run down the middle and knows how to finish one on one.

Just 10 minutes later Smith would once again make something out of a broken attack, hustling to poke the ball into space and assisting Lindsey Horan’s goal. The initial attack was a set piece that was insufficiently cleared, despite being poked away from U.S. players multiple times in a row, as Smith and others kept the ball alive the continued attacks disorganized the Nigerian defense. Once Horan had the space she did well to fake the shot and cut back to shoot and score with her other foot.

Smith would make it a two goal and one assist performance in first half stoppage time as she tapped home the cross from Emily Fox. An interesting wrinkle we saw in this match regarding Smith was her movement to a more central position but deeper lying than Alex Morgan, often dropping back to help progress the ball up the middle, and leaving space in the wide areas for players like Rose Lavelle. Sofia Huerta also played a massive role in the first half, contributing to the goals by working to regain possession and win the initial balls.

Morgan would add the fourth goal early in the second half after Mallory Pugh, who had a terrific performance on the wing, earned the penalty kick.

With a three goal lead by halftime the U.S. had a more dominant first half performance than second half because Nigeria weren’t on the ball quite as much and trying to play more direct. This is not to say Nigeria didn’t have their chances because they absolutely did, they took eight shots with four on target and a couple requiring impressive saves from Alyssa Naeher. In the second half their possession was progressed through a more attacking shape. They were able to find space in particular where the American fullbacks pushed high into the attack leaving the space in behind. The introduction of six subs into the American lineup also disrupted their offensive rhythm, understandably, and that is when Nigeria found even more success attacking. It’s important to keep in mind that Nigeria were missing six starters and played different tactics as a result, not attacking as aggresively as they typically would, but this is a good result for the U.S. who showed the ability to combine in the attack that we want and expect.