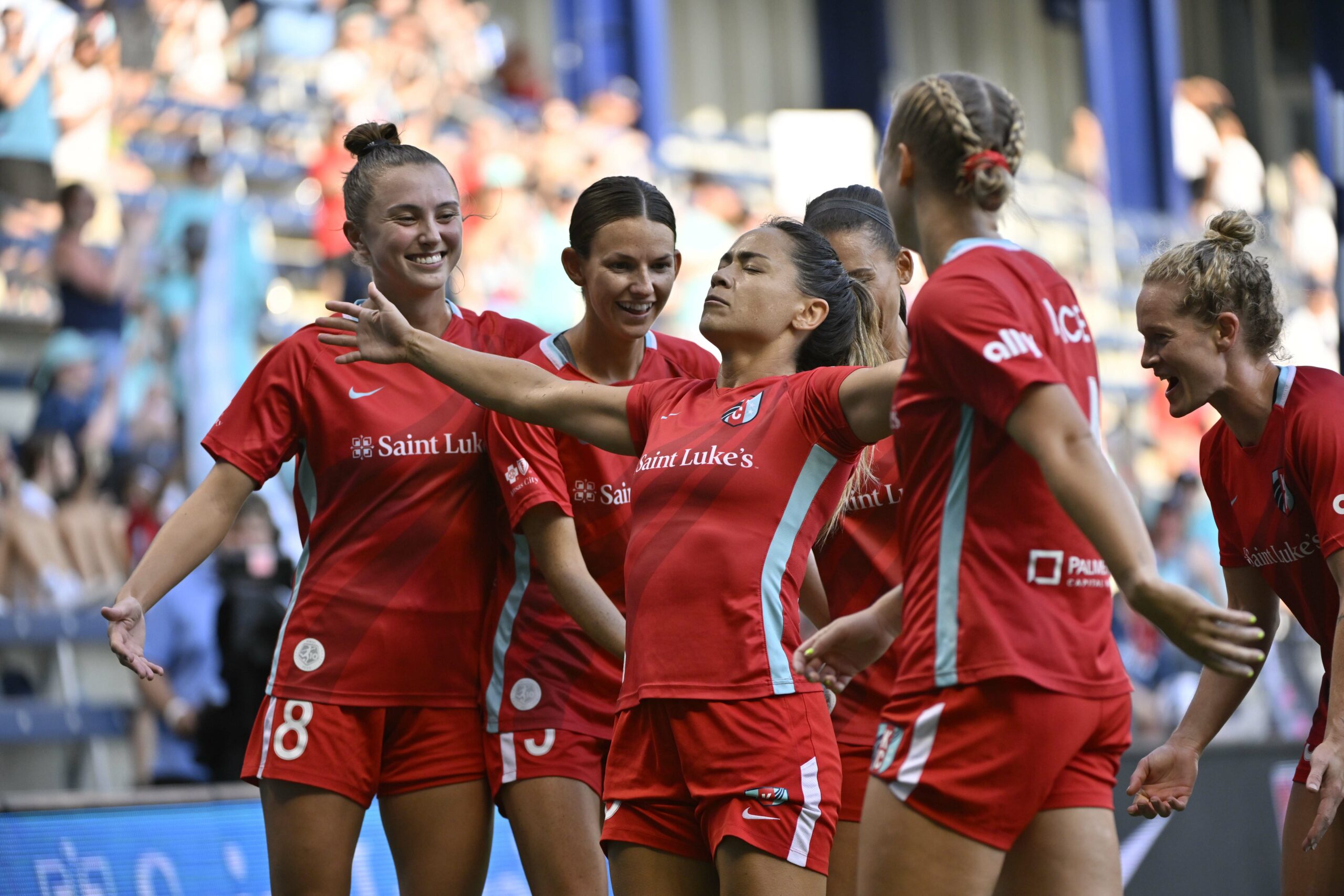 Two matches were played on Sunday night in the National Women’s Soccer League, as the teams battle for playoff spots.

The Skinny: Although Gotham FC has made visible improvements since Hue Menzies took over as interim Head Coach, its refinement was no match for Angel City FC, who took home a comfortable 3-1 win on Sunday evening.

One Key Moment: In Sunday night’s match, Gotham came out of the gate with fresh, competitive energy, and looked to just barely sneak a ball past Angel City’s goal line to get on the board early. The goal, however, was either unseen or misinterpreted by the referee, who confusingly awarded a corner kick to Gotham and kept the NJ/NY team from gaining early ground. Angel City’s quick three goals in the first half only made that missed goal sting more painfully for Gotham.

Inside the Game: Both Gotham FC and Angel City FC are two very different teams than they were the last time they met in late May. Gotham, who have undergone a season of confusion and underperformance, seem to be slowly improving with each subsequent game under interim Coach Menzies (though still unable to notch a win), while Angel City has transformed from an unpredictable expansion team to an organization with a real shot at making the playoffs. While Gotham absolutely controlled Sunday night’s match for the opening minutes, Angel City capitalized on every defensive breakdown on Gotham’s part and managed to get on the board three times before the first 45, further proving that Angel City has organized itself and Gotham still has some work to do.

Gotham’s decision to send on Paige Monaghan as a second half sub proved to be the right one, as she scored to make the game 3-1 in the 52nd minute. Additionally, Gotham was able to tighten up defensively in the second half and stave off any more goals from Angel City. Ultimately, however, the match ended with a 3-1 victory for Angel City, and Gotham, suffering from their seventh straight loss, will try to figure out once again how to crawl out of last place in the NWSL standings.

The Skinny: The Kansas City Current and North Carolina Courage were really well matched for an exciting, back-and-forth game that ultimately went in the Current’s favor, extending its winning streak to 12 games.

One Key Moment: Just a few minutes into Sunday night’s match between the Current and the Courage, a controversial handball call on Courage midfielder Brianna Pinto gave Kansas City the chance to go up early. Lo’eau LaBonta did exactly that, scoring her fifth penalty kick goal of the season and performing another iconic goal celebration, in what seems to be an entertaining pattern for the Current midfielder.

Inside the Game: Entering Sunday night’s match, both the Current and the Courage were riding on streaks that they did not want to break; the streaks, however, varied in length. The Current had not lost a game in their last 12 appearances, but not without hard work – at least half of the Current’s victories this season have been won by one point. The Courage, who struggled all season to perform like the 2022 Challenge Cup winners they are, have been on a short but mighty two-game winning streak, and a victory on Sunday would make a major statement about the North Carolina team’s late-season effort to turn things around.

Though the game favored the Current early on, the Courage equalized with a goal from Kerolin to make it 1-1 at the half. The second 45 minutes saw a downpour of goals – another goal from Kerolin would give her her first ever NWSL brace and put the Courage up 2-1, but not long after, CeCe Kizer scored to level the match once again. Just moments later, Kristen Hamilton notched a third goal for the Current, and the 3-2 score would remain true to the last minute of the game. Kansas City went home having proudly expanded its winning streak to 12 games, and though a playoff run isn’t technically impossible for North Carolina, the Courage’s Sunday night loss will likely cancel its hopes of a 2022 postseason.