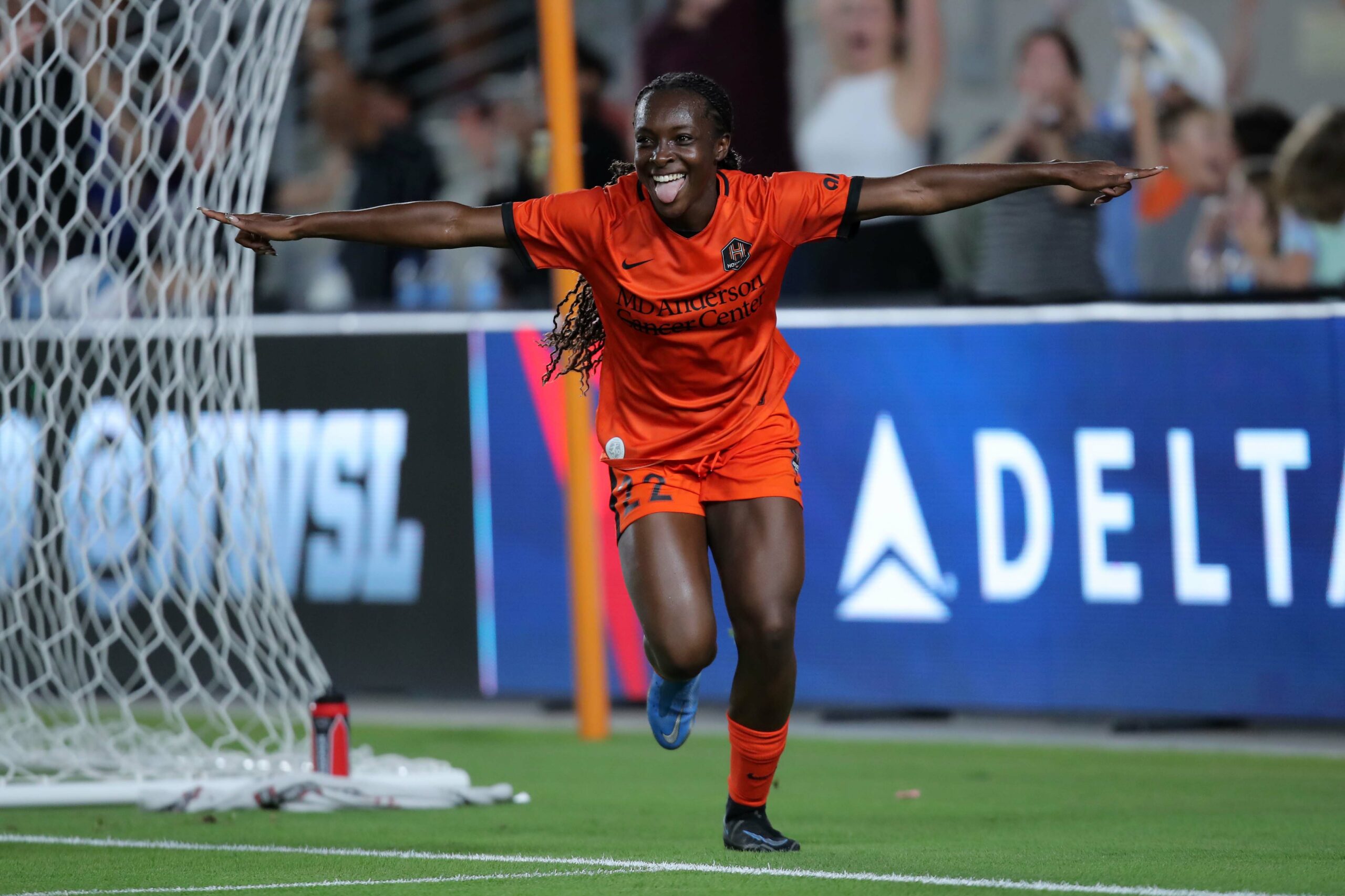 As the final stretch of the National Women’s Soccer League regular season continues, three matches were on deck on Saturday night.

The Skinny: San Diego are on their way to a record year as an expansion side, firmly in the race for the shield, and currently top of the standings after comprehensively defeating Portland on their home turf. Alex Morgan provided a goal and an assist for the Wave but it was a team performance from front to back that secured a win and frustrated the Thorns.

One Key Moment: Alex Morgan is having her best ever season in the NWSL and continues to be in top form, scoring her league-leading 13th goal of the season to give the Wave an insurance goal. The second goal is also where the match started to feel out of reach for the Thorns as it came just before halftime to deflate the home team’s hopes. Kailen Sheridan continues to be involved in goal scoring, despite being the goalkeeper, as she sent the long ball headed on by Taylor Kornieck for the assist.

Inside the Game: This game had the feeling of a playoff in many ways, it was a high-intensity match and both teams knew a win would be crucial in the standings as we get towards the end of the season. Portland never quite felt like they were in the match, they got in the box and created numerous chances but they weren’t very high quality, only two of the 12 were even on target. San Diego on the other hand were relatively purposeful and clinical.

The first goal came from Kristen McNabb with slight help from a deflection, but it was a result of Portland failing to clear the ball out of their own box. They allowed Morgan to win the ball in the 18 and then find McNabb just outside the box with all the space and time to rip a shot.

In the second half, the Wave by no means made things easy for the Thorns but they were happy to get all 11 players behind the ball to defend and absorb the attack, rather than leave themselves vulnerable to a counterattack from the likes of Sophia Smith and Morgan Weaver. Portland tried to get themselves back in the match but with their first substitutions coming in the 80th minute it was too little too late.

The Skinny: The visiting Chicago Red Stars ran rampant over Racing Louisville to the chagrin of a crowd of 8,729 at Lynn Family Stadium on Saturday night – an attendance record for the home side.

One Key Moment: Things went sideways just three minutes into the match on Saturday. Mal Pugh was able to get in behind the Louisville backline, and ran onto a lovely ball sent in by Bianca St-Georges. The rest was just too easy for Pugh, who had acres of space and time to find the net. Pugh’s goal set the tone early, and things only went downhill from there for Louisville.

Inside the Game: The partnership between Pugh and Yuki Nagasato was on full display for the Red Stars three additional goals. Nagasato got on the end of two free kicks taken by Pugh to extend Chicago’s lead to three inside the first 25 minutes. After Louisville were able to stop the bleeding for a long stretch of the match, the Red Stars struck once more, and this time it was Nagasato who fed Pugh a beautiful through ball – again, up and over Louisville’s back line – that the forward was able to finish with ease.

The win was Chicago’s first since August 7th, and propels them up into fifth place with 26 points. Meanwhile, Louisville is still outside looking in, as they sit in tenth with 14 points.

The Skinny: Another late lead was squandered on Saturday night for the Washington Spirit, as a stoppage time goal from the Houston Dash meant the points were shared at PNC Stadium.

One Key Moment: Just as it looked like the Spirit may notch their first win since May 1st, Dash substitute Michelle Alozie had another idea. Caprice Dydasco – in her first start for Houston since being traded by Gotham on August 19th – sent in a well paced cross, and Alozie managed to redirect it towards goal with a header. The initial save was made by keeper Aubrey Kingsbury, but Alozie knocked in her own rebound for the equalizer.

Inside the Game: Alozie’s goal was a deflating concession for the defending champions, who find themselves far from the playoff picture in second last place with just five matches left to play.

The Spirit did show signs of life throughout the match, particularly on the attacking end. After Sophie Schmidt’s opener, the Spirit’s first goal to equalize was a thing of beauty. An unreal backheel from Trinity Rodman started the play, and the ball found Ashley Sanchez, who sent it back into space for Rodman to run onto. She was able to send a low cross to Ashley Hatch, who timed her run perfectly and finished with ease.

Just two minutes later, Hatch completed her brace with a powerful header to finish a free kick taken by Sanchez.

But it was the Spirit’s inability to close out games that haunted them once again. Alozie’s equalizer marked the fifth time this season that Washington have conceded second-half stoppage time goals, a staggering statistic. The draw caps off a turbulent week in Washington, as head coach Kris Ward was fired on Monday following an “incident” at training the week prior.