Krikorian: Ward’s firing a combination of poor results and ‘incident’ at training 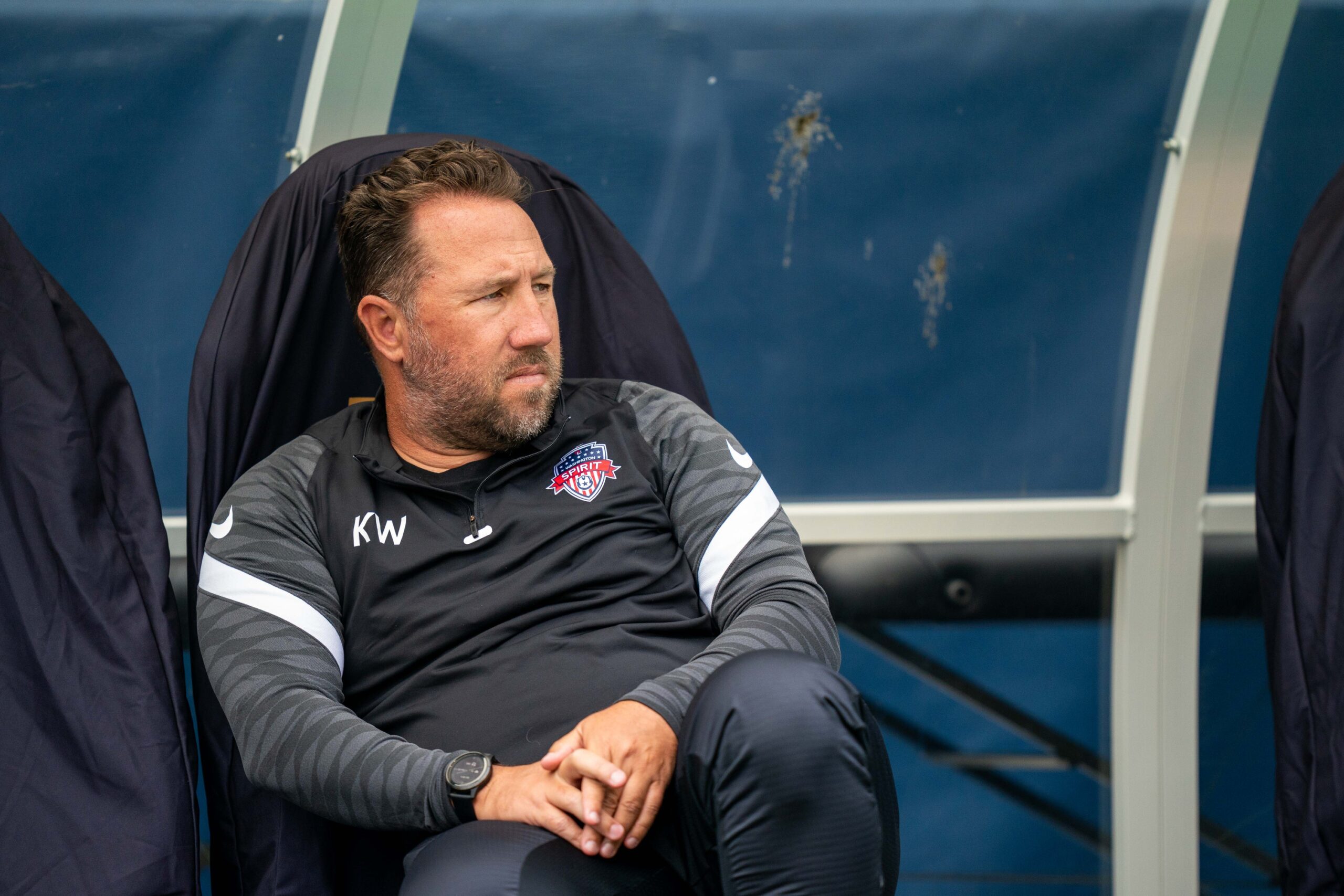 Kris Ward was fired as head coach of the Washington Spirit following an “incident” at training on Friday, team general manager and president of soccer operations Mark Krikorian confirmed on Thursday.

The team announced on Monday via an 11-word statement on Twitter that Ward, who guided the Spirit to the 2021 National Women’s Soccer League title as acting head coach, had been fired. Washington is currently winless in 15 straight regular-season games.

“As you all know, up to this point, our results haven’t been great here,” said Krikorian, who joined the Spirit. “The expectations are to be as competitive as can be and try and go out, win every game and find final results. And up to this point, we haven’t done a great job with that.

“As I think you may also know, last Friday we had a little bit of an incident here at the training ground. Unfortunately, I wasn’t here on the grounds to see what went on. Following that, we did notify the league, the players association and tried to follow any and every appropriate steps in the proper channels. We then had numerous meetings with the players in the next day or two and it became apparent to me and to all that change was necessary.”

Krikorian declined to offer further detail about “the incident” on multiple occasions during the 12-minute press conference. An NWSL spokesperson confirmed to The Equalizer that there will be an investigation into what happened. Ward did not immediately respond to a request for comment.

Ward took over as acting coach of the Spirit last August upon the exit of Richie Burke. Initially, the Spirit announced that Burke was stepping down from his role as head coach due to health reasons but would remain with the club. The Washington Post soon released a report in which multiple former Spirit players alleged that Burke created an abusive, toxic environment.

Burke was eventually banned indefinitely from the NWSL following a league investigation, and then owner Steve Baldwin was sanctioned and ultimately forced to sell the team. Co-owner Michele Kang won a power struggle and ultimately took over controlling ownership of the team earlier this year.

In between, the Spirit rallied on the field, going on a 12-game unbeaten run (with a pair of COVID-protocol-related forfeits mixed in) to lift an NWSL trophy for the first time. That all happened under Ward, who was rewarded with the full-time head coaching job in the offseason. The Spirit extended the unbeaten run to 20 games in the new calendar year before losing to the North Carolina Courage, 2-1 in the Challenge Cup final on May 7. Washington last won a game on May 1, a 2-1 result in the regular-season opener against OL Reign.

“Obviously, we’ve been following quite closely how the results have gone and they haven’t been great,” Krikorian said. “So, I think probably a combination of factors have led to this decision [to fire Ward].”

News of Ward’s ousting, and the vague details around the incident at training, come about a year after the NWSL’s darkest hours began. Five of the league’s 10 coaches last year — and one general manager — were fired or allowed to resign under allegations of improper conduct. Amanda Cromwell and James Clarkson remain suspended from their head-coaching jobs at the Orlando Pride and Houston Dash, respectively, following investigations into their behaviors.

Krikorian joined the Spirit in June after 17 years as head coach of Florida State University, a women’s college soccer program that he built into a perennial powerhouse. He led FSU to three national titles, most recently last year, before leaving amid a breakdown in contract negotiations.

“Absolutely not,” Krikorian said when asked if he thought about coaching the team. “Michele brought me here with the intent of helping to build the Spirit into a world-class soccer team.” He added: “That was my previous life.”

Assistant coach Angela Salem, who joined the Spirit’s staff earlier this year following a long playing career, is currently in charge of the team ahead of Saturday’s game against the Houston Dash. Krikorian said that an interim coach has been identified, pending a background check.

Krikorian reports directly to Kang and oversees all soccer operations for the Spirit, including roster development. Whoever takes over as the next head coach of the Spirit will need to figure out the dynamics of working under a GM with vast coaching experience and success — and one who only just recently stopped coaching.