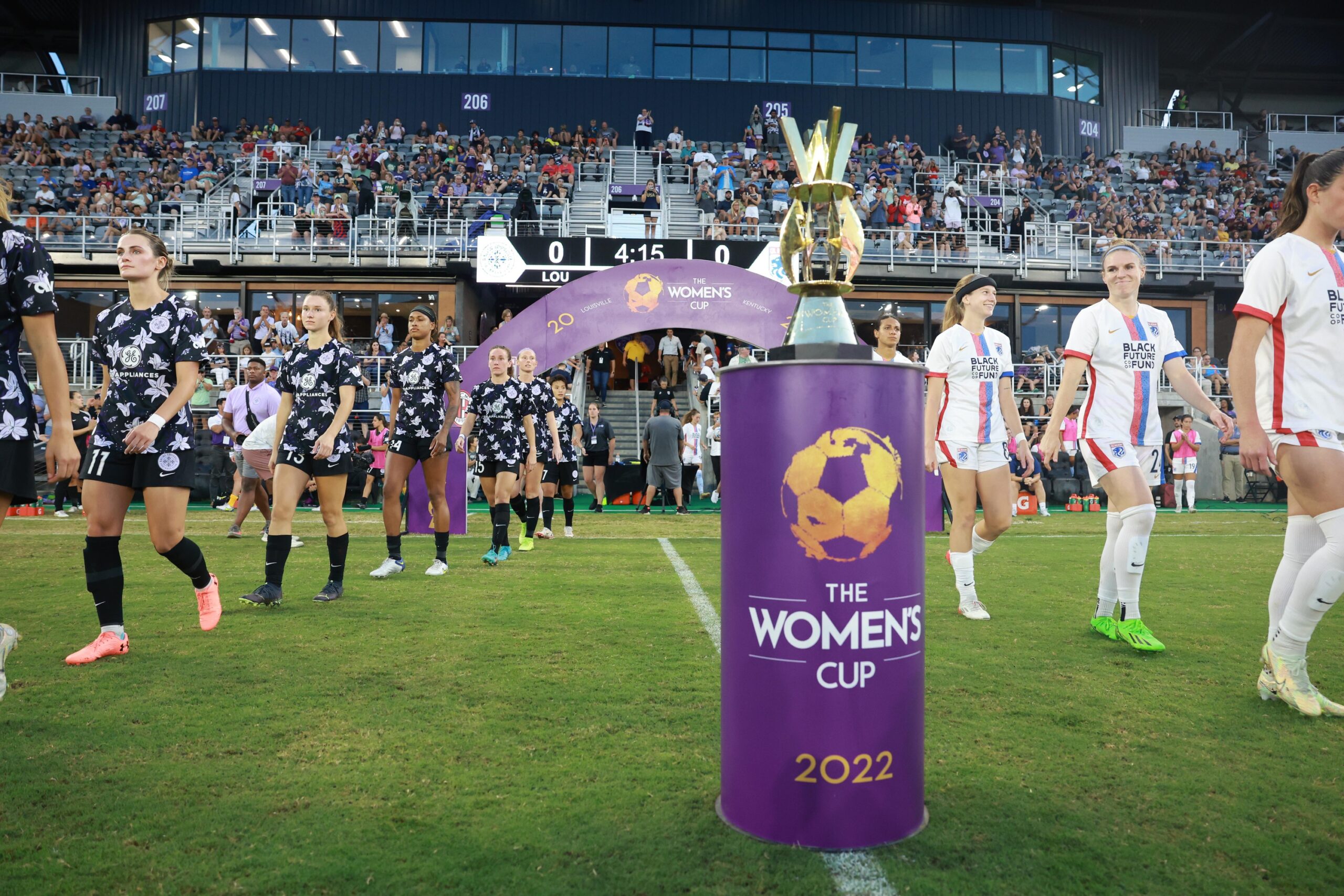 LOUISVILLE, Ky. — As the final whistle blew on Saturday, OL Reign head coach Laura Harvey shouted in triumph and spun to face her bench, arms raised in delight. Her team had just won The Women’s Cup final after rallying to beat defending champions Racing Louisville 2-1 and she was ecstatic.

While she ran to embrace forward Megan Rapinoe, the team’s staff began an impromptu chant, and OL Reign’s players surged around them cheering and congratulating each other on their come-from-behind victory.

Earlier in the week, Japan’s Tokyo Verdy Beleza showed off their technical prowess to top England’s Tottenham Hotspur and come in fifth. Prior to these matches, a Japanese team had never played an English team and an Italian team had never taken on a Mexican team.

While The Women’s Cup was wrapping up in Kentucky, another international women’s club competition was taking place over 2,000 miles away in Portland, Oregon. In the four-team Women’s International Champions Cup (WICC), France’s Olympique Lyonnais would become champions after earning a 4-0 win over Mexico’s C.F. Monterrey. Earlier that evening, the hosts, Portland Thorns, fell 1-0 to English champions Chelsea.

For viewers of either tournament, these matches were both exciting and exceedingly rare. With no Women’s Club World Cup, opportunities for women’s clubs to compete against each other outside of their own leagues or confederations are few and far between. Intracontinental tournaments exist, like the UEFA and CAF Women’s Champions Leagues and the Copa Libertadores, but play between clubs on different continents is almost non-existent. As a result, tournaments like the WICC and The Women’s Cup play a valuable role in terms of promoting the growth of the women’s game and exposing fans to different teams.

Access the best women’s soccer coverage all year long
Start your FREE, 7-day trial of The Equalizer Extra for industry-leading reporting and insight on the USWNT, NWSL and beyond.
Subscribe
Existing Users Sign In Here
Related TopicsExtraFeaturedThe Women's CupWomen's ICC