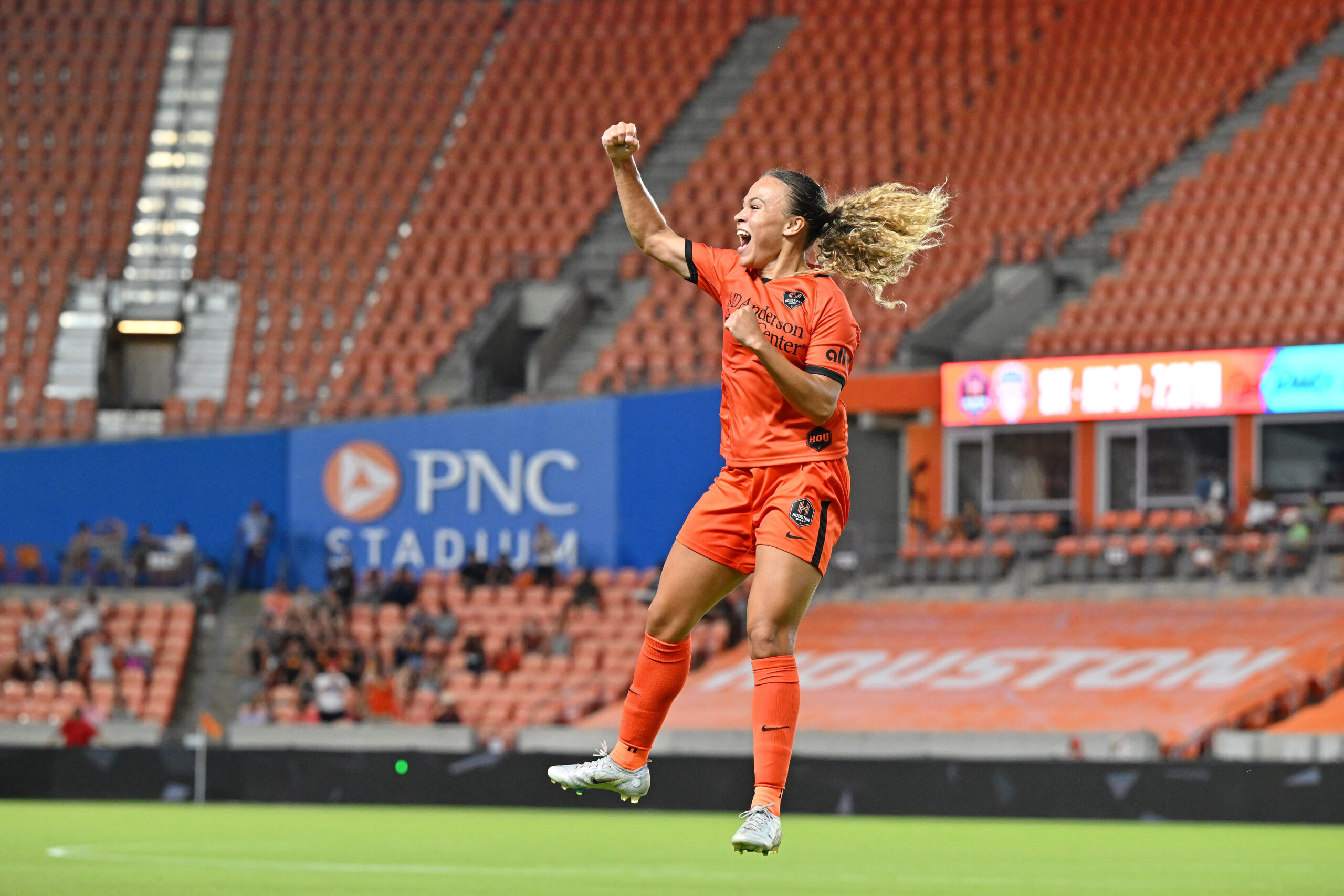 On a busy Wednesday night, the NWSL contained only one match. The Houston Dash hosted, and beat, Gotham FC, but the team from NJ/NY didn’t go down without a good fight.

The Skinny: While Houston took home a predictable win over NJ/NY, Gotham played with the grit they have lacked throughout the 2022 season and forced the Dash to fight for their win.

One Key Moment: The match was still 0-0 when Midge Purce drew a second yellow card in the 58th minute and got sent off the field. Purce’s transgression was mild – she approached a free kick too closely – but it was hardly a safe decision with one yellow already in her pocket, and it forced Gotham into a defensive style of play for the remainder of a match in which they really had a fighting chance.

Inside the Game: Entering Wednesday night’s match, Gotham was looking to climb up the NWSL table while the Dash were looking to stay on top. The Dash dominated play for the first few minutes, but by the end of the half, possession between the two teams was fairly even. Gotham, who have suffered a season of underperformance and are in the process of adjusting to a new interim coach, looked livelier and more engaged at the end of the first half than they have in weeks.

The second half started with more scoreless, back-and-forth action, until the 58th minute, when Midge Purce’s second yellow card stirred up the match’s first spurt of drama. Houston clearly knew how to capitalize on Gotham’s kneecapped lineup and, shortly after Purce was sent off, the Dash scored twice within three minutes, with a looping shot from Ebony Salmon in the 73rd and a far-out kick from Marisa Viggiano in the 76th. The Gotham of old (a.k.a. last week) may have crumbled after going down so fast; instead, Gotham veteran McCall Zerboni responded with a touch off of a free kick from Kristie Mewis to make the score 2-1 in the 80th. Although Gotham was ultimately unable to find the back of the net again, their ability to fight back on Wednesday night may imply that, under new interim coach Hue Menzies, the team from NJ/NY has some fight back in it.

Improvement without results: Can Racing Louisville turn the corner?
Why the Courage remain a high-scoring, goal-bleeding enigma