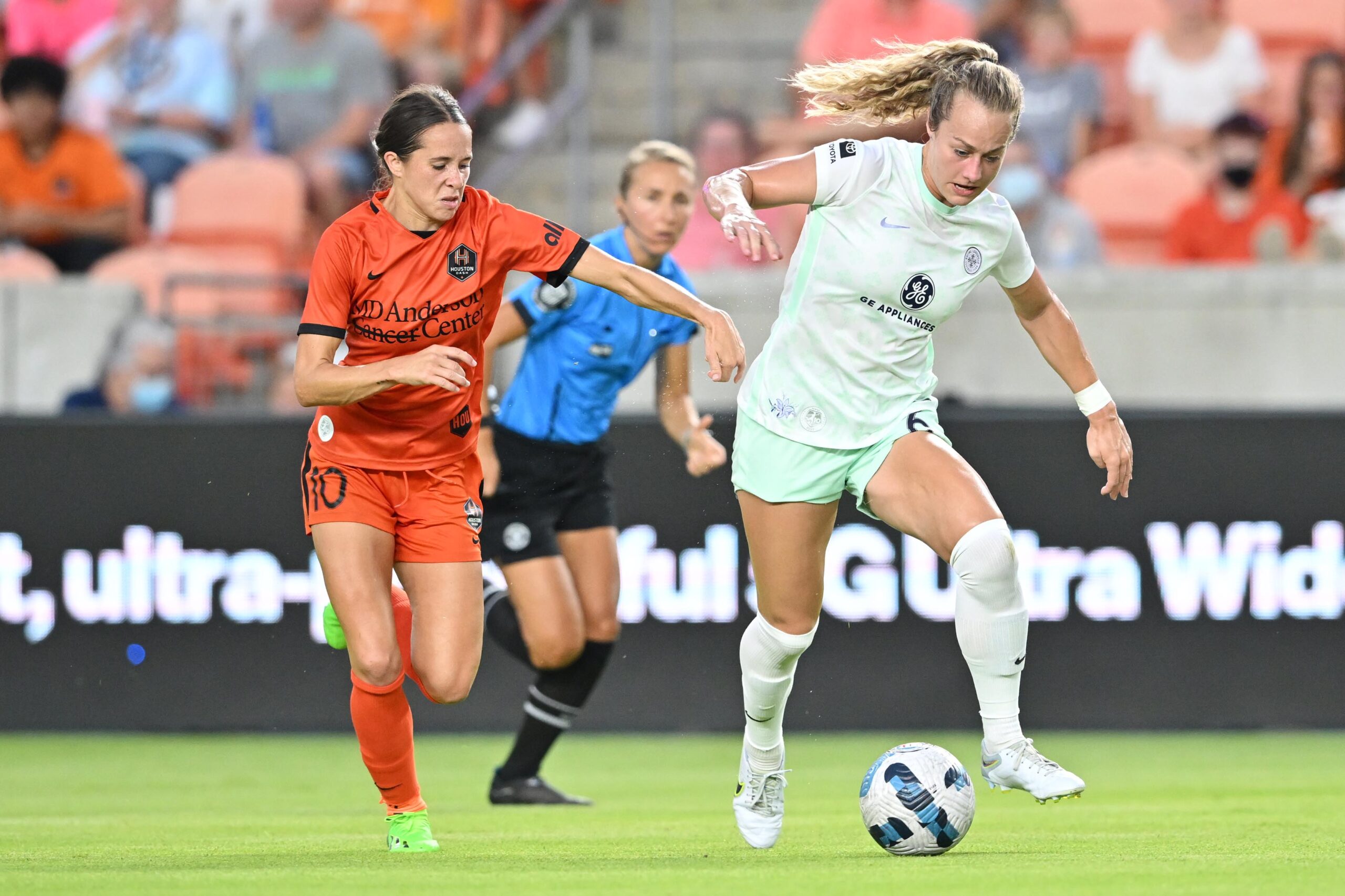 We’re another week closer to the National Women’s Soccer League playoffs, and some stats help provide perspective on the wild league and the results. Here are five interesting ones from the latest games.

1. Racing Louisville shot less in a single game than any other team in 2022

The Houston Dash and Racing Louisville played to a scoreless draw on the opening match this weekend, but one team looked more likely to open the scoreline than the other: the Dash had the highest xG (0.98 – 0.12) after the game ended. But Racing Louisville has set a new record in the current season in the NWSL: they shot only three times during the entire game, the lowest for any team during a match so far, overtaking Gotham FC, the Kansas City Current and Orlando Pride with four, all on different occasions.

Despite having a quite even possession (47% for the team in lavender and 53% for the Texans), Racing Louisville was unable to put pressure on Jane Campbell’s goal, with not a single shot on target and joining Kansas City and Gotham as the only teams who ended a match without a single accurate attempt.

The game between the North Carolina Courage and Kansas City Current was heavily entertaining, and had a few headlines: seven goals, a new record by Diana Ordoñez for goals scored by a rookie. One that could have been overlooked is that Desiree Scott made 10 tackles, higher than any other player during the current season.

Despite being scored past three times, the defensive performance of the Canadian was something to behold and this new bar set for tackles made in a single match is a testament of that.

Three of the four wins that Orlando has this season have been by the minimum (1-0), which underlies both some of the struggles this team has suffered during this season and its grit to grind out results.

However, after their result against San Diego Wave this weekend, they matched their record of 1-0 victories during a single regular season, registered in 2016 against Western New York Flash and twice against the Houston Dash.

Then they got two in 2018, one in 2019, two in 2021 and the three 1- wins so far this year, against Angel City, Houston Dash and the aforementioned game against San Diego Wave.

In fact, four of the Pride’s 11 all-time 1-0 wins have been against the Houston Dash.

4. Gotham is the second team to get to double figures of own goals in the NWSL

Since their inception competing in the NWSL, first as Sky Blue, Gotham has reached the infamous amount of 10 own goals, after Mandy Freeman’s unlucky moment against OL Reign in the 4-1 defeat away from home on Sunday.

With this goal, Gotham becomes the second team to get to 10 or more own goals in the history of the league. Only the Houston Dash has more, with 13.

The only team so far who has survived suffering a goal scored in their own net is San Diego Wave, with still an immaculate record. Of course, San Diego is an expansion team yet to complete a full season.

5. Gotham is the second team to lose two games by 4 goals against the same team playing away in regular season

Not to beat a team in turmoil, but Gotham is also a holder of a new unwanted record: counting teams as visitors during the regular season, Gotham is the second team to lose two or more games against the same team with four goals scored against.

Keep an eye on next weekend for more stats that might be overlooked in the NWSL.