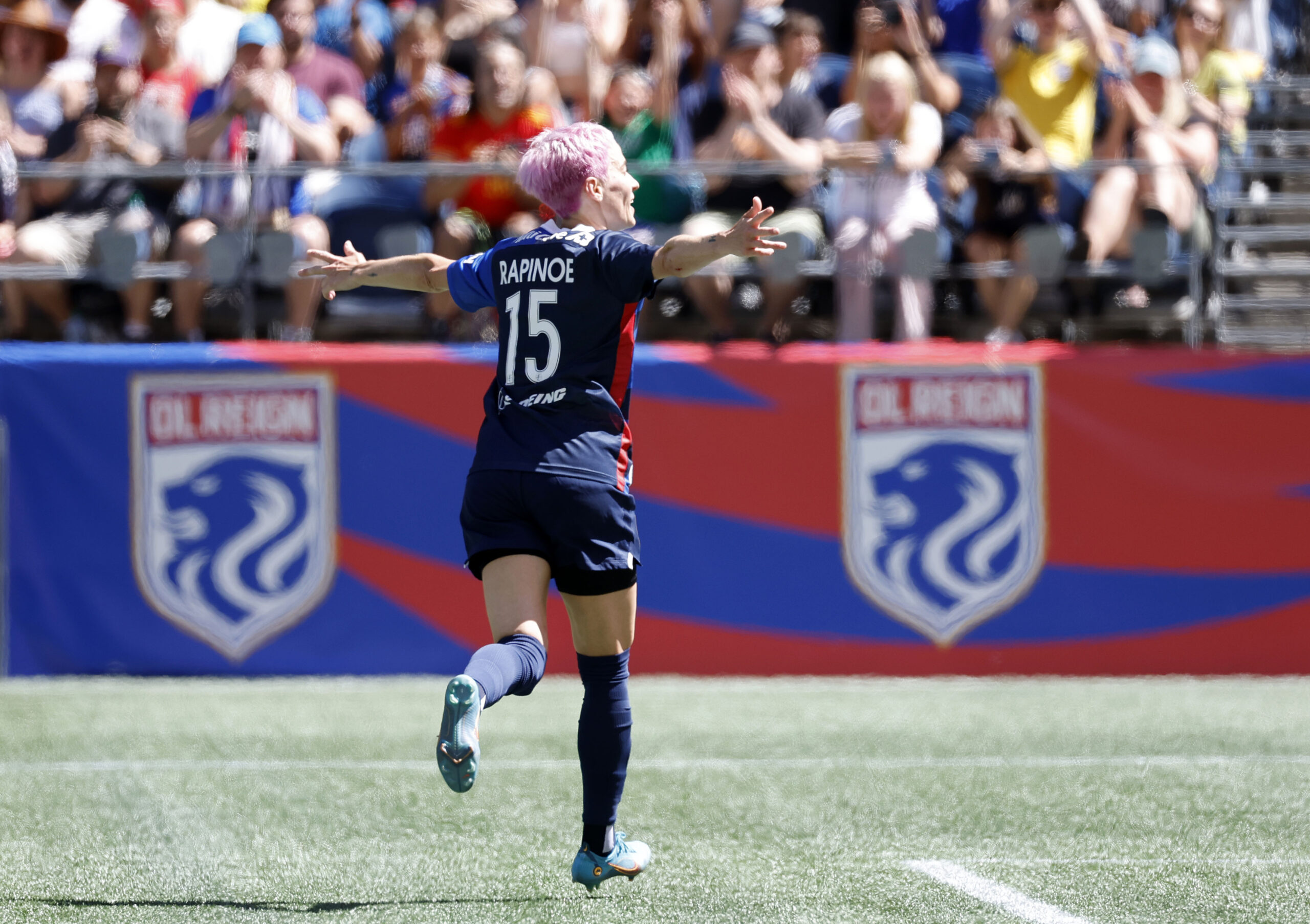 The Skinny: OL Reign finally scored a number of goals they will be happy with after absolutely dominating Gotham who are still reeling from a losing streak and coaching change, with this being the debut of interim head coach Hue Menzies. For the Reign, Megan Rapinoe stood out with her first brace in a year and as well as an assist, she seems to be returning the form we are used to seeing from her.

One Key Moment: With a two-goal lead at halftime, the Reign knew that the next goal was the most important one. It took them a little while to find it but the home team secured the all-crucial third goal through Rapinoe. The hold-up play in the box from Jordyn Huitema was brilliant, drawing defenders and leaving Rapinoe in plenty of space in the box to rifle the shot.

Inside the Game: Right from the start, Gotham were under tons of pressure that they were unable to handle. This was the story of the game, Reign’s high press being incredibly effective at getting them attacking opportunities. Rapinoe’s assist came on the first goal of the night with one of her signature quick throw-ins to U.S. Women’s National Team teammate Rose Lavelle who knew that she would be played in behind and got the finish.

The second goal came from incredibly high pressure and if you are Gotham you simply can’t allow the other team to dispossess you inside your own box, which Rapinoe did and was subsequently taken down for the penalty kick she converted.

Gotham did manage to get a goal back through their own counterattack via Taylor Smith, who continues to be a bright spot for the New Jersey/New York club.

OL Reign sealed their needed win with a fourth goal in the 73rd minute. The ball came in from Rapinoe and was quite forcefully headed in by Gotham defender Mandy Freeman for what is officially an own goal.

The Skinny: The gap for the playoffs just became a little tighter with Angel City FC defeating the Chicago Red Stars, picking up three points at home, by a 1-0 final score.

One Key Moment: Without a doubt, Angel City FC’s goal takes the cake. The lone goal of the match, Savannah McCaskill scored her fifth goal of the season with a tap-in past Alyssa Naeher off a strong run in the box.

Inside the Game: With two more months of action left, the race for the playoffs is getting tighter and tighter. With three points, Angel City now sits in seventh place, right below the line, but not by much. Angel City has 21 points, and still needs to catch up with two games to play. Meanwhile, the Chicago Red Stars are sitting in that last playoff spot with 23 points.

It’s a tight race for October’s playoffs, but there are still big games left to play. At home, Angel City wrapped up the three points with McCaskill’s goal and the ability to hold off Chicago from threatening goal too much. In the end, goalkeeper DiDi Haračić finished the night with three saves against Yuki Nagasato and Sarah Griffith.