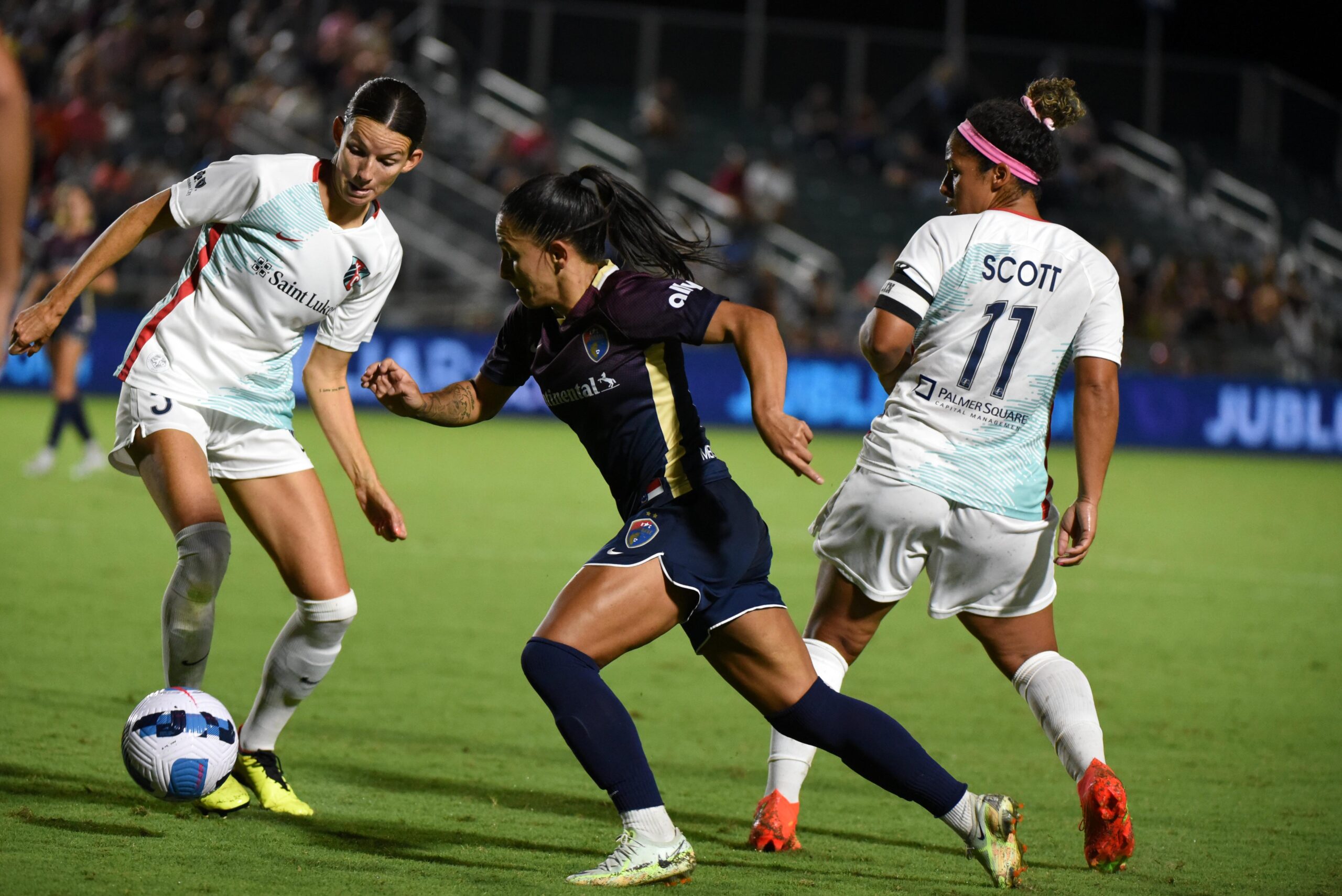 Two matches were on deck on Saturday night in the National Women’s Soccer League.

The Skinny: A seven goal affair was in the cards on Saturday night at WakeMed Soccer Park, and in the end the Kansas City Current came out on top over the North Carolina Courage.

One Key Moment: While North Carolina took the lead three times throughout the match – only for Kansas City to equalize each time – it was the Current who were able to grab the late winner.

A serious defensive breakdown by the Courage led to the winner. First, Elizabeth Ball forced a turnover in the middle of the park, and sent the ball forward to Claire Lavogez. The substitute was able to dribble uncontested all the way from the centre circle to the top of the penalty area, and she unleashed a stunning strike into the upper 90, beating Courage keeper Casey Murphy.

Inside the Game: Saturday’s back and forth match was one of the most exciting of the NWSL season to date.

Diana Ordoñez opened the scoring early for North Carolina, and in the process became the record holder for most goals by a rookie in an NWSL season with eight. But Kansas City answered back quickly, as they did all game, through a finish by Kristen Hamilton.

The pattern continued, as the Courage took the lead twice more throughout the first and second halves, but their defending consistently let them down, as the Current equalized quickly each time.

Lo’eau LaBonta was a standout for Kansas City on the night with a goal and an assist, while CeCe Kizer continued her impressive run of form since joining Kansas from Louisville in June, as she scored her fifth goal of the season.

But it was Lavogez who stole the show with an assist on the equalizer and her stunning strike for the winner. It was the Frenchwoman’s first goal in teal and red since signing in July.

The win extends Kansas City’s unbeaten streak to ten (seven wins and three draws), and puts them into fourth place. At the other end, the perennially competitive Courage find themselves in an unusual spot, occupying the bottom spot of the standings, with just ten points from 12 matches.

The Skinny: Under the lights in California, the visiting Orlando Pride pulled out a 1-nil win over the San Diego Wave, courtesy of a penalty kick conversion by Meggie Dougherty Howard.

One Key Moment: It was a frustrating match for Wave captain Alex Morgan, who hit the post once each half. In the second 45′, her free kick rung off the post and the rebound ricocheted across the face of goal. San Diego were unlucky not to put it in the back of the net before it was cleared to safety.

Inside the Game: Though San Diego had the edge early, Orlando managed to earn a penalty in the 23rd minute against the run of play when the ball went off Kaleigh Riehl’s arm.

Though the Wave took significantly more shots on the night than the Pride (19 shots to 8, and six shots on goal to two), the home side just couldn’t get the ball to cross the line. Along with Morgan’s two chances, Amirah Ali had a dangerous 1v1 chance against Pride keeper Erin McLeod inside the first ten minutes, while shortly before the final whistle, a header by Kristen McNabb hit the crossbar but stayed out.

The three points were badly needed by Orlando, who now sit tied with Angel City on points, still just outside of the playoff picture with seven regular season games left to play.