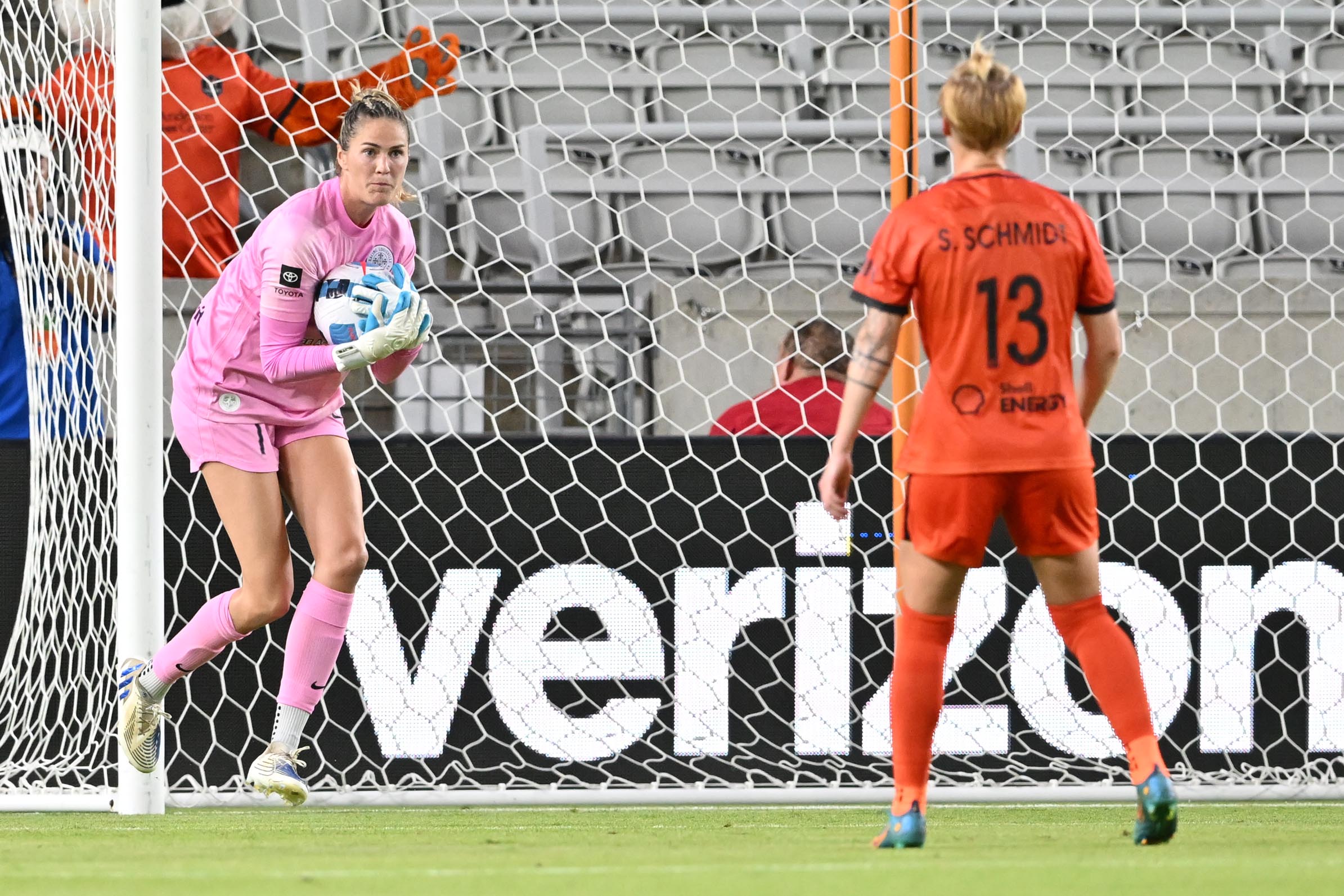 The Skinny: Despite playing more than a full half with a player advantage, the Dash failed to get a win at home as they said goodbye to franchise cornerstone, Rachel Daly. Despite being a player down, Racing came together to play lockdown defense in the second half to steal a point in a goalless draw.

One Key Moment: Katie Lund’s early saves set the tone for this match. The Dash’s best chances came in the first half when they were able to run in transition but each time Lund came up with a stop, and she would frustrate the Houston offense the entire night.

Inside the Game: Katie Lund had a fantastic game for Louisville but also had a couple of slip-up moments that she was lucky didn’t cost her side a goal. Half an hour in, to avoid a handball infraction outside of the box, she let go of it on the 18-yard line, it landed at the feet of Shea Groom, but Groom was unable to find the wide-open net.

It was in the 42nd minute that Ebony Salmon drew a foul on Satara Murray which resulted in her second yellow card of the match and a sending-off. Both yellows were good calls but looked like a potential disaster for the visitors. With eight shots in the first half, Houston will have felt they deserved a goal but an entire second half up a player was a good consolation.

Unfortunately for the Dash, despite registering 7 shots on target in the second half, most of their shots were taken from outside of the box and didn’t trouble Lund much. In fact, Racing’s set and organized defense did a lot to frustrate the Dash attack as they couldn’t find a way to break down their opponent through possession.