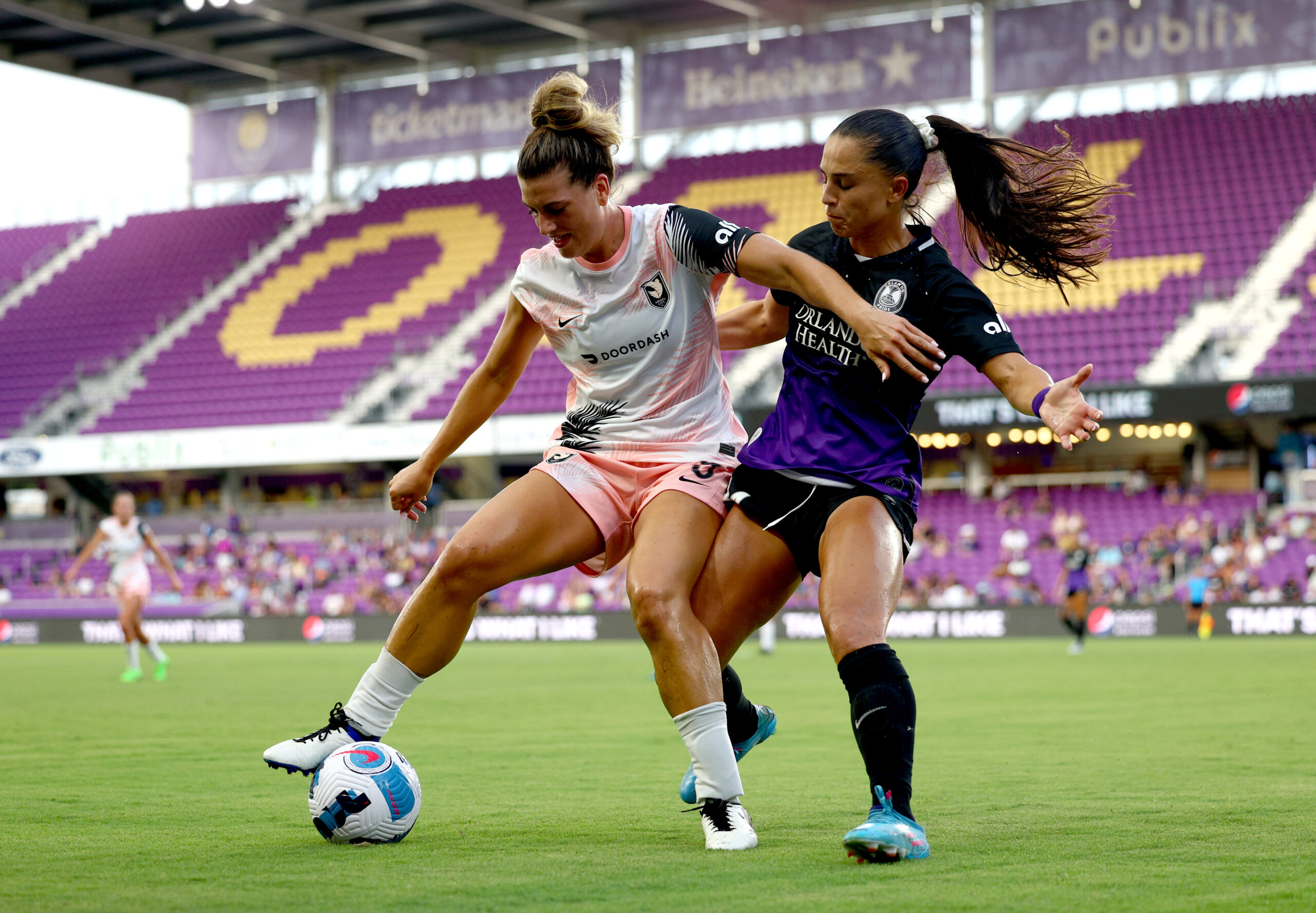 The Skinny: In a battle between two dominant NWSL teams, Kansas City won with confidence and handed San Diego their first home loss in the 2022 regular season.

One Key Moment: Kansas City exerted a comfortable control throughout most of the match, with two goals in the first half and even a chance to score on a penalty kick in the second. But when San Diego fought back in the 88th minute with a goal from Amirah Ali, the home team seemed to be staging a ninth-hour resurgence that could put Kansas City on their toes. But the last minute hype didn’t materialize into a comeback, and an equalizer from San Diego never came.

Inside the Game: The stakes were high at the onset of Sunday night’s match between San Diego and Kansas City, with the former team leading the league’s standings and the latter team coming off an 8-game undefeated streak. But from the start, it was Kansas City’s game to take home. The first half showed that San Diego’s defense, while organized, was no match for the craftiness of Kansas City’s front line, and by the half, the Current led by 2 after goals from CeCe Kizer and Hailie Mace.

The second half of the match followed similar patterns as the first, as Kansas City controlled slightly more possession and limited San Diego’s opportunities to break out of its own back half. Excitement brewed about halfway through the second half, when Kansas City’s Elyse Bennett drew a penalty kick, which was then taken by Lo’eau Labonta, who fought hard for a goal the entire game. The penalty kick was ultimately stopped by Wave keeper Kailen Sheridan, and the match somehow became the third straight game in which the Wave saved a penalty kick. The energy of the save revived San Diego enough to get themselves on the board, but it’s late goal wasn’t enough. Kansas City took home the win and stretched their unbeaten streak to 9 games.

The Skinny: Reign were arguably the better side for most of this game but clinical finishing on Houston’s part, specifically Ebony Salmon, was the difference maker.

One Key Moment: The game-winning goal from Ebony Salmon was her bread and butter. A turnover in midfield led to a quick counterattack, Alana Cook kept pace with Salmon but couldn’t get close enough to affect her and her ability to finish.

Inside the Game: The Reign dominated the first half, they had Houston stuck in their defensive half and created numerous chances. Megan Rapinoe scored her first goal of this season to get the home side on the board early. The assist from Kim Little, in the final match of her loan, was an example of her brilliant skill, and the finish on the volley from Rapinoe was world-class too.

Houston played significantly better in the second half but they weren’t on the front foot until after the equalizer came from the penalty spot. The penalty kick was given for a handball in the box by Canadian midfielder Quinn and Salmon converted with ease for her first of the night. She would score the winner just two minutes later.

But just two minutes after Salmon’s go-ahead goal there was a big missed penalty call on the other end when Jess Fishlock, in behind the defense, was tripped up from behind by Alysha Chapman. The Reign won’t blame that call, they will point to their defense conceding the second Salmon goal, and that they had more chances but their finishing woes continued. Credit to the Dash, they finished the game strong, limiting and frustrating the Reign in order to head home with all three points.

The Skinny: Gotham was no match for Chicago on Sunday evening, as the Red Stars took home a 2-0 win that would have been a much more lopsided defeat if not for strong goalkeeping from Gotham’s Michelle Betos.

One Key Moment: Chicago’s first goal, a header from Tatumn Milazzo in the end of the first half, gave the Red Stars the confidence boost they needed to take control of the match, but it was Ava Cook’s goal in the 66th minute that really secured the win for the Red Stars. Cook, a standout youngster, has consistently made the difference for the Red Stars in her debut season.

Inside the Game: Gotham can’t quite figure it out. Hovering somewhere around eleventh place, the team from New Jersey/New York is struggling with player absences and a lack of aggression on its forward line. Gotham hoped that Sunday night’s match against the fourth place Chicago Red Stars would give them a chance to revive their season, but Chicago outplayed them from the start.

The first half started out quietly, but ended with a stoppage time header from Tatumn Milazzo to put the Red Stars up 1-0 at the half. And the second half of the game was the Chicago show, with shot after shot from the powerful Red Stars’ feet impeded only by Gotham goalkeeper Michelle Betos. A header from Ava Cook in the 66th minute gave the Red Stars the insurance they needed to take this win home, and by the end of the match, Gotham looked depleted and defeated. The New Jersey/New York team is going to have some serious strategizing to do if it wants any shot at qualifying for the playoffs.

The Skinny: After ninety minutes of back-and-forth action, Angel City almost ran away with a 2-1 victory, but a last minute equalizer from Orlando forced the dramatic game to end in a draw.

One Key Moment: Two goals from Angel City would have been enough to send the visitors home victorious, but a stoppage time own goal from defender Paige Nielsen allowed the Pride to equalize. The five minutes of stoppage time that followed brought the intensity, but neither side was able to notch another goal.

Inside the Game: Entering Sunday night’s game, the Orlando Pride and Angel City FC stood right next to one another in NWSL standings and were hoping to edge each other out as they attempted to crawl up the leaderboard. The two sides played relatively evenly throughout the first half, but it was Angel City that first made it onto the scoreboard, when team captain Ali Riley scored on a long shot from outside the box.

But the Pride were certainly not ready to accept defeat, and they matched Angel City’s point with a goal of their own from Julie Doyle in the 64th minute. Angel City then responded in the 72nd minute with a goal from Cari Rocarro, who has now scored in two straight games. The match looked all but won for Angel City, but in the 91st minute, an Orlando shot that ricocheted off of Angel City defender Paige Nielsen resulted in an equalizing own goal, and the match’s final score was a 2-2 draw. And while the result is disappointing for Angel City, who hung onto the lead until the very end, such a valiant comeback is a confidence boost for the Pride, who have struggled both on and off the field this season. They certainly did not hang their heads after Sunday night’s game.