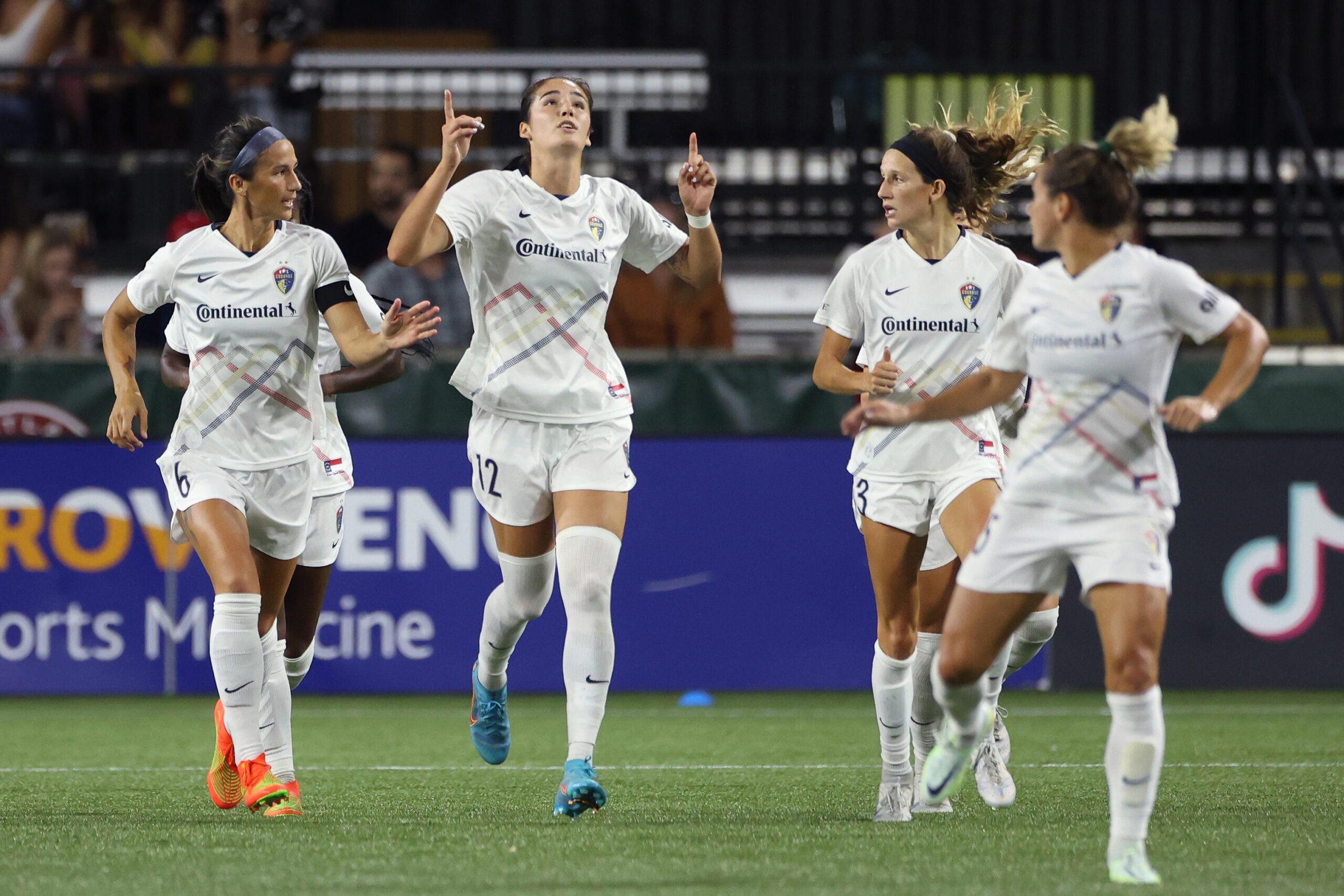 The Skinny: This game did not lack any action or goals whatsoever. North Carolina will be proud of this result as they came from 0-2 down at halftime, to draw level at two, and once again equalize after Portland thought Sophia Smith had found the winner, all while playing at the fortress that is Providence Park. Both Sophia Smith and Diana Ordóñez recorded braces in this match, moving Smith (11 goals) level with Alex Morgan in the golden boot race and Ordóñez (7 goals) the next closest to them.

One Key Moment: Ordóñez’s second goal of the night was incredibly important because it showed North Carolina that they could come back to equalize. They came out of halftime as the better team, showing their own domination, so getting the reward of actually drawing level pushed their level even higher.

Inside the Game: The first half of this match was entirely dominated by the home team. Despite having only 36% possession, the Thorns managed 13 shots, 7 on target, and 2 goals in the first 45 minutes. They did this by forcing turnovers in the midfield and attacking third and quickly counterattacking with the speed of Sophia Smith and Morgan Weaver. They did this effectively just eight minutes into the match to register the opening goal. Speed alone did not convert this chance though, it was incredible composure and footwork from Smith to evade the three defenders who were trying to stop her and then finish past Casey Murphy.

The second goal showcased another important aspect of Portland’s play which is Smith’s back to goal hold up play, surrounded by defenders she keeps possession and finds Hina Sugita wide with tons of space who then plays the perfect cross into Christine Sinclair, while Murphy makes the initial important save, Morgan Weaver is there to pounce as Smith’s hold up play just moments earlier had allowed her teammates the time to join the attack.

Given how this game turned out, the Thorns may be disappointed in not widening their lead in that first half, but at the time two goals seemed solid. Enter Diana Ordóñez and two goals wasn’t enough at all as she bagged a brace in a little over ten minutes. Both goals were crossed opportunities where Ordóñez showcased her aeriel dominance, first to get to the ball and then to place it perfectly.

It wasn’t just Ordóñez who lifted her level of play in the second half, the entire Courage team came out more energized and focused than their opponents, creating the better chances and essentially dominating the second half the way the Thorns dominated the first. Where they were let down was their transitional defending, as the game became more open that provided the space for Smith to run in behind the defense. The ball into space from young Olivia Moultrie was superb and once again Smith’s ability to finish one on one is world class.

What looked like it could be the winner from Smith came against the run of play and North Carolina were not about to accept a loss after fighting their way back. They got the payoff from their possession and Jaelene Daniels was able to force the ball over the line after the brilliant ball in from Meredith Speck.

The Skinny: Both teams desperately needed a win to move up the NWSL table and instead both will be disappointed with the draw.

One Key Moment: The equalizer from Ashley Hatch is disappointing from Racing’s viewpoint, with all the terrific saves Katie Lund has been making, to be beaten near post with a relatively tame shot outside of the box is poor. It’s possible she was left unsighted by her defenders but with four of them between Hatch and the goal, someone needs to get a foot on that. It’s an unfortunate way to concede an equalizer not long after they took the lead and resulted in Louisville’s seventh tie of the season.

Inside the Game: The game overall was fairly even. The home side started the first 20 minutes off on the front foot but Washington did well to grow into the game and make the necessary adjustments. The Spirit would end the game with more possession and more on-target shots but both teams failed to convert multiple chances that could’ve secured all three points.

Racing took the lead seven minutes into the second half through their veteran Nadia Nadim. It initially looked like her first touch killed the opportunity but she managed to place the ball perfectly in the corner.