Anatomy of a Goal: When you don’t get the corner kick cleared 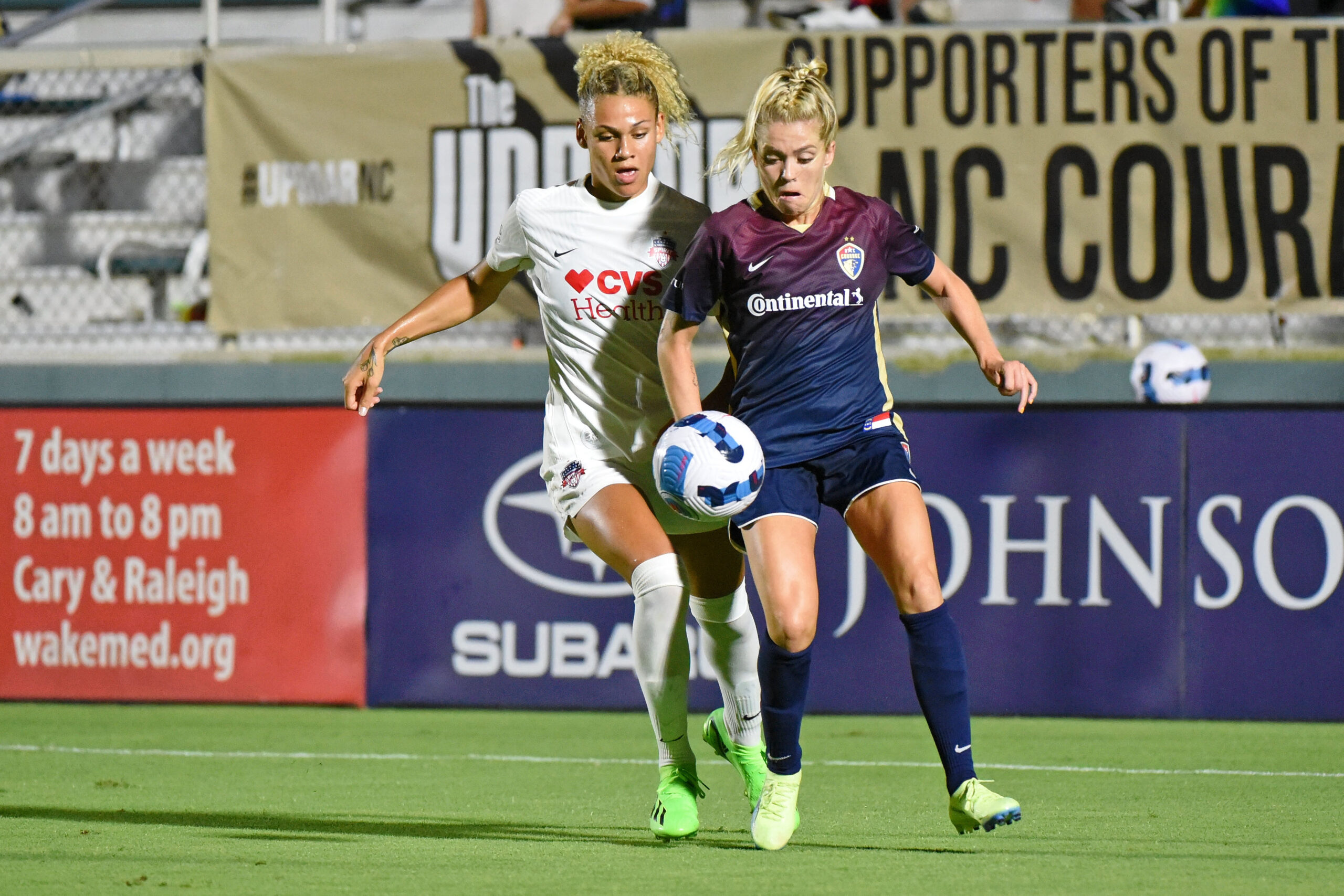 As I already opined about, last Friday’s 3-3 draw between the Courage and Spirit was a wildly entertaining affair highlighted by defensive mistakes and an unfulfilling result all around. Now to break down one of the goals from that match.

Both teams have spent the season trying to build out of the back and their goalkeepers have often found themselves in trouble with the ball at their feet. That scenario led to one of the Courage goals in this match when a questionable decision to play the ball to Spirit goalkeeper Aubrey Kingsbury led to her turning it over on the pass out. For this space though, we’re going to hone in on the opener.

Oddly enough, the sequence started after a sensational defensive play by Malia Berkely who made a perfect slide tackle to thwart Tara McKeown on as she dribbled into the 18-yard box. The ball went out of Berkely for a corner kick which was cleared out of the 6-yard box into a 50/50 ball that was sprayed into the corner to the left of Courage goalkeeper Casey Murphy.

Access the best women’s soccer coverage all year long
Start your FREE, 7-day trial of The Equalizer Extra for industry-leading reporting and insight on the USWNT, NWSL and beyond.
Subscribe
Existing Users Sign In Here
Related TopicsAnatomy of a GoalAshley SanchezExtraFeaturedTrinity Rodman