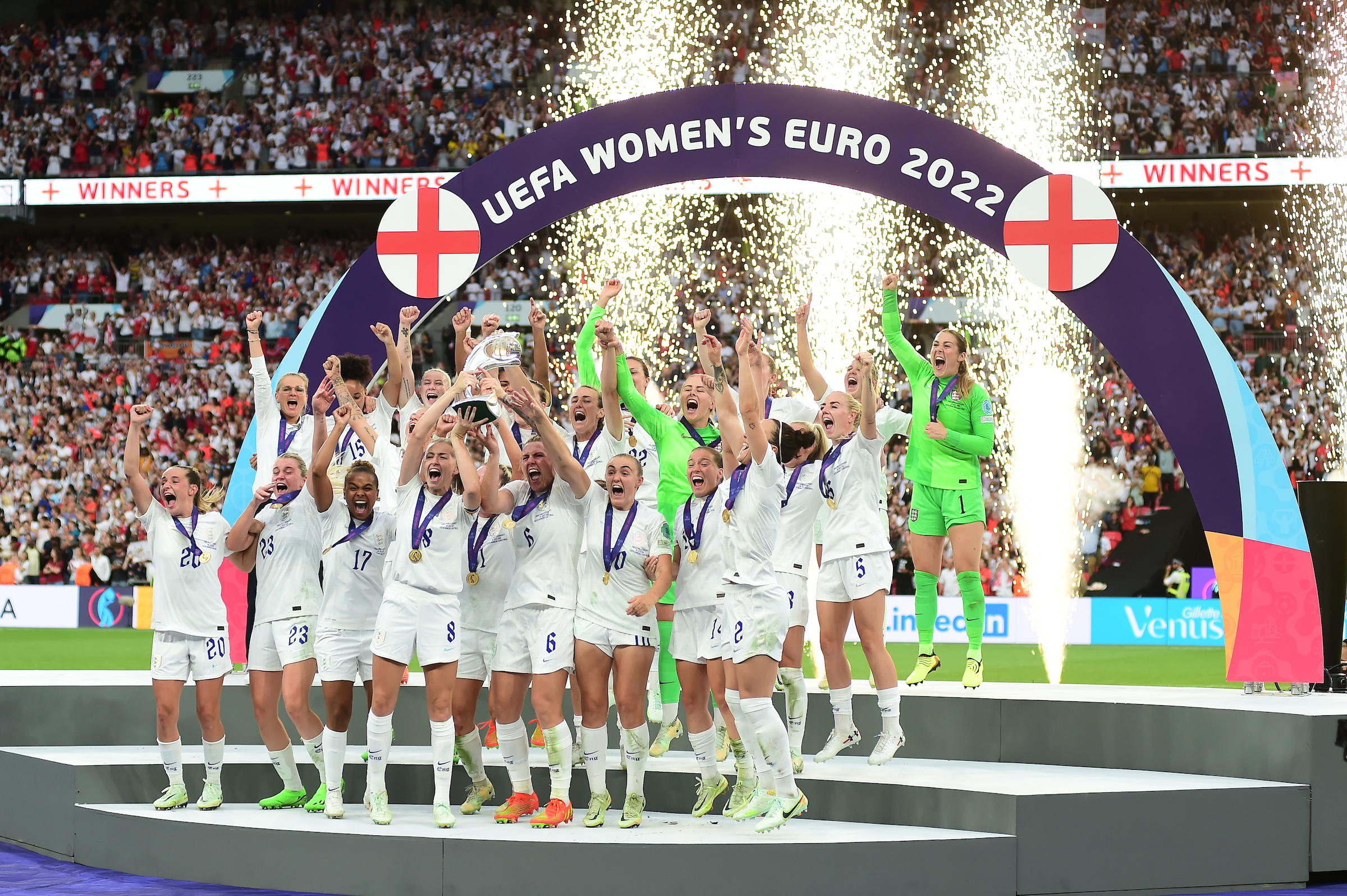 England won the European Championship for the first time on Sunday, defeating Germany 2-1 in extra time in front of 87,192 fans at Wembley Stadium. Ella Toone and Chloe Kelly scored for England to deliver the country its first major trophy — men’s or women’s — since the 1966 World Cup.

The loss is Germany’s first ever in a EURO final, their ninth appearance in the last game of the tournament. England head coach Sarina Wiegman is the first coach to win back-to-back EURO titles with two different teams, after guiding the Netherlands to the 2017 European crown.

Sunday’s gritty, thrilling final brought an end to a spectacular European Championship which saw record attendances and an increased level play. Here’s how England won the title on Sunday.

Again, any surprise? Alessia Russo was England’s flashy game-changer off the bench all tournament, but Ella Toone brought the moment of brilliance in the 62nd minute, six minutes after she and Russo checked into the game.

Access the best women’s soccer coverage all year long
Start your FREE, 7-day trial of The Equalizer Extra for industry-leading reporting and insight on the USWNT, NWSL and beyond.
Subscribe
Existing Users Sign In Here
Related TopicsChloe KellyEnglandEURO 2022ExtraFeaturedGermany