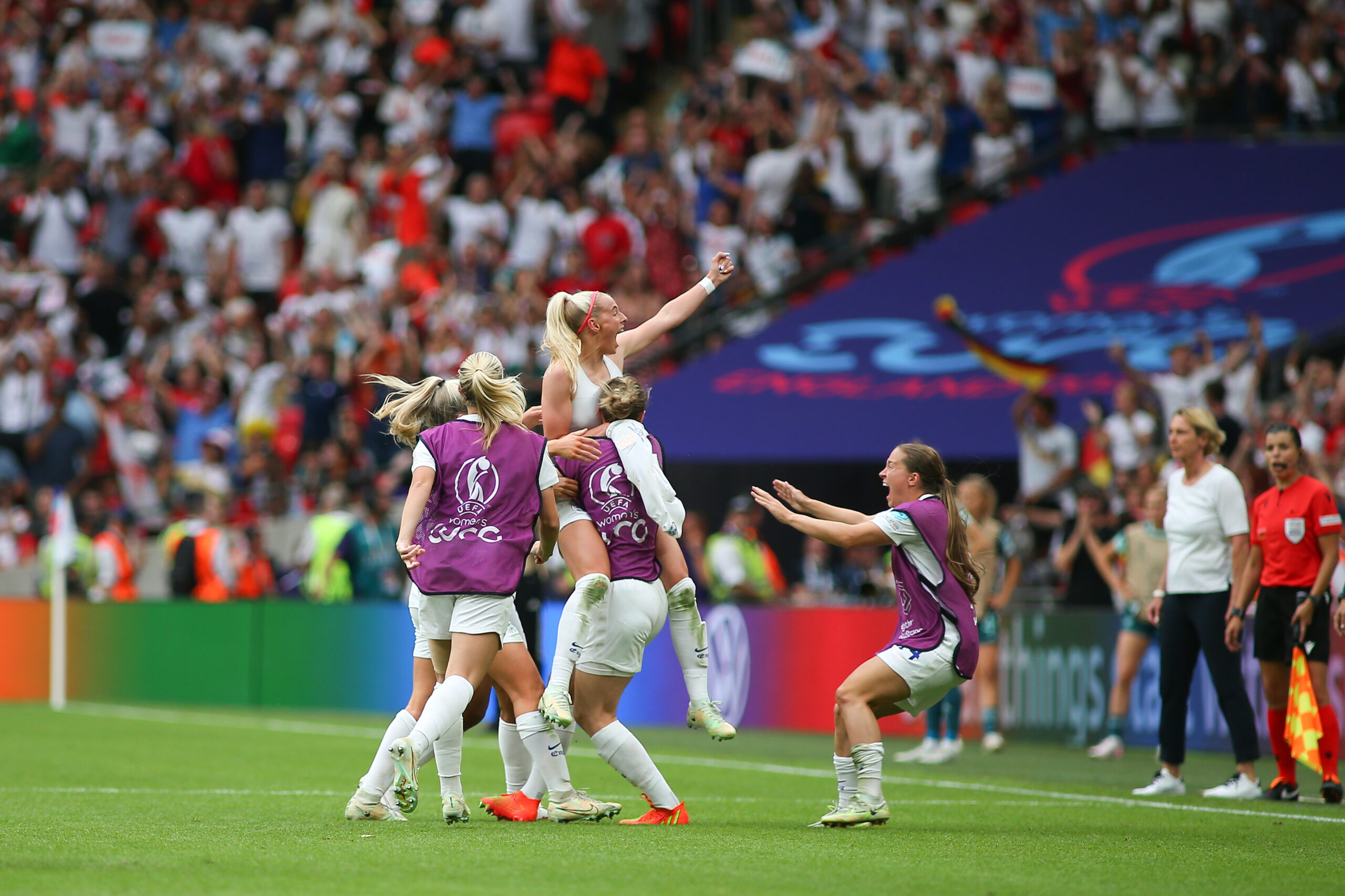 England was crowned the 2022 UEFA EURO champions on Sunday at Wembley — in front of a record-breaking crowd of 87,192 fans — after defeating Germany, 2-1, in extra time. It was the first time in nine appearances that Germany reached the EURO Final and lost.

Germany entered Wembley with confidence and having history on their side, winning a record eight tournaments, with a streak lasting from 1995 to 2013.

However, before the match began, news broke that Alexandra Popp — who has scored six goals in the EURO and tallied in all five matches that Germany has participated in — suffered “muscular problems” during the warmup. She was replaced in the starting lineup by Lea Schüller, who has not played since the first group stage match of the EURO. Schüller contracted COVID-19 during the tournament, and her first action back was in the Final.

After a competitive first half, which saw a majority of chances for England and a potential missed handball in the box — even after a VAR check — the score remained at zero after 45. However, in the second half, the breakthrough came from England’s secret weapon.

Ella Toone has been England’s super substitute throughout the whole tournament. Toone, with all the confidence in the world for a 22-year-old, chipped goalkeeper Merle Frohms after sneaking between two German defenders and collecting a long-range assist from Keira Walsh.

Germany equalized, though, with Bayern Munich midfielder Lina Magull scoring off a tap-in, at a tough angle, in the box. A few more chances between both sides occurred before referee Kateryna Monzul blew her whistle and signaled for extra time.

After a pressure-filled first 15 minutes, the score remained tied and the final half of extra time commenced. Chloe Kelly was the heroine for the Lionesses, scoring the game-winning goal in the 111th minute. Off a corner kick, the ball was sent in and couldn’t be cleared by any German defenders. Kelly picked up the loose ball and tapped it past Frohms, tearing off her jersey in celebration and leaping into the arms of her teammates.

England held off any German pressure for the next 10 minutes, celebrating at the sound of Monzul’s whistle and becoming the UEFA Women’s EURO champions for the first time in their nation’s history.

Lionesses manager Sarina Wiegman made history by becoming the first-ever coach to win the EURO with two different teams. She led the Netherlands to the EURO title in 2017, the Dutch’s first win in their nation’s history. Wiegman’s victory gives her back-to-back EURO titles as a manager.