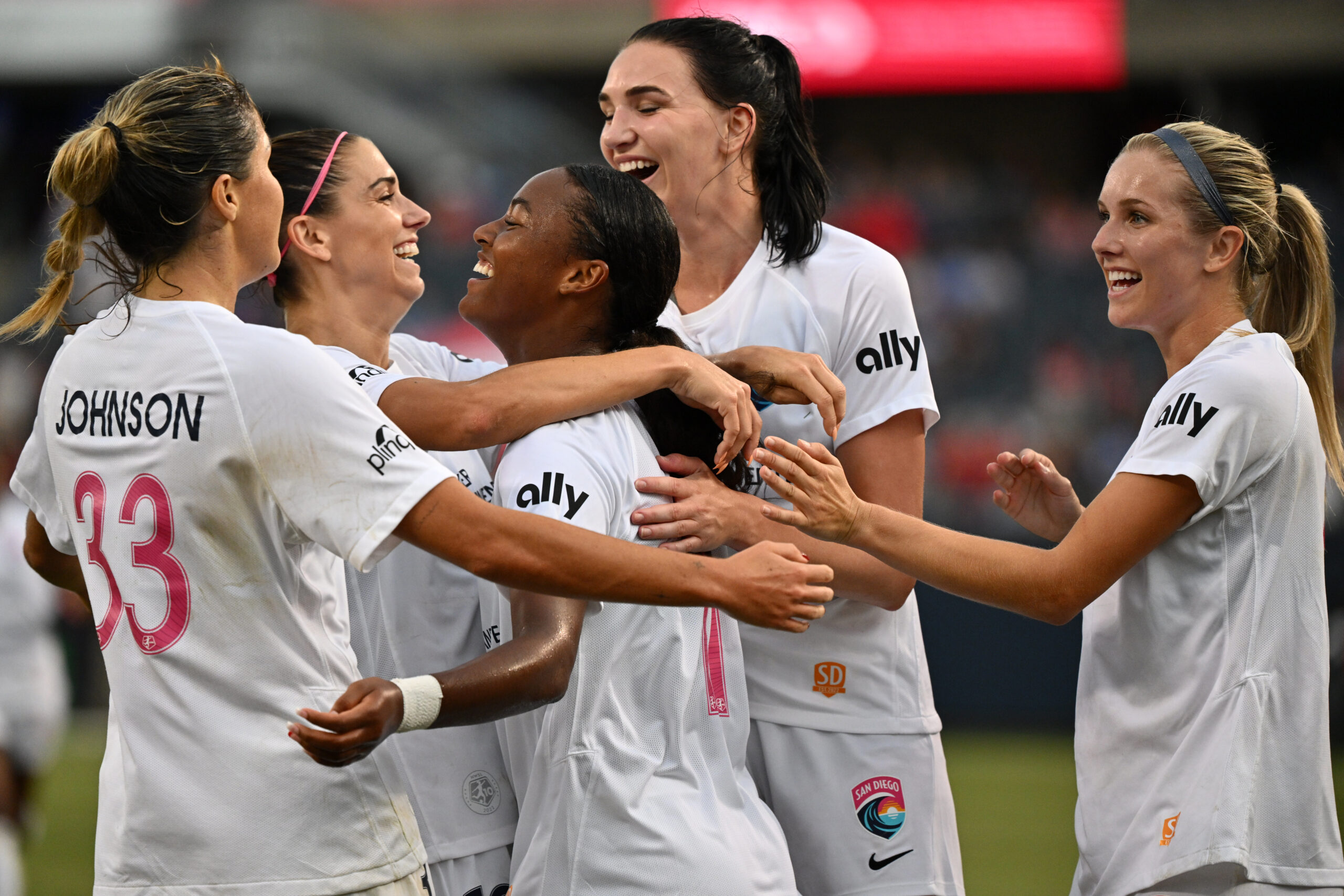 Two matches were played in the National Women’s Soccer League on Saturday. The first was a hotly contested match in Chicago against the expansion side from San Diego.

The Skinny: At just 17 years old, Jaedyn Shaw coming into the NSWL through the discovery process was a big deal, not just because of her age but because of her talent. Scoring the game-winning goal in this match, while making her professional debut, showed everyone what all the fuss is about. But San Diego were lucky to win this match, especially after the 60th minute when a second yellow to Abby Dahlkemper reduced them to ten. Even more so when the Red Stars were awarded a penalty kick in the 82nd minute. Kailen Sheridan made her seventh career NWSL penalty save to preserve her side’s lead and ultimately the three points to put the Wave back on top of the table.

One Key Moment: The importance of this save from Sheridan can’t be overstated. Mallory Pugh is an accomplished penalty kick taker, the only person who could stop her from equalizing was the Canadian gold medalist in net. It looked for all money like Chicago would finally find the equalizer they had been searching for but Sheridan came up huge, as she is known to do.

Inside the Game: For the first 25 minutes of this match Chicago were absolutely suffocating. Their high press caused multiple turnovers and they created several good chances during that time. The Red Stars also drew fouls to put both the San Diego centerbacks, Abby Dahlkemper and Naomi Girma, on early yellow cards. The Wave’s defending looked desperate and like they were just barely holding on. The Red Stars created chance after chance, a total of 20 on the night, but only 20% were on target. And while their high pressure was incredibly effective, Chicago struggled with getting out of their own half, as evidenced by the winning goal. The goal came from Taylor Kornieck getting a defensive header in midfield off Alyssa Naeher’s goal kick, which Emily Van Egmond then lobbed forward to Katie Johnson. Katie Johnson was one on one with the keeper but instead passed to her wide-open teammate in Shaw. Shaw’s composure at this moment is brilliant, instead of taking the shot first time, she takes a calm touch so they all fly by and she’s just got to poke it home.

Chicago continued to struggle to put their chances on net but they did get Dahlkemper sent off. At that moment, the Chicago bench was also given a yellow as they were furious advantage wasn’t played because Mallory Pugh was off and running on a promising attack with few defenders to beat. That was not the only questionable moment of refereeing in this match, unfortunately. There were several times that Chicago players were not given yellow cards for the exact same offenses that Girma and Dahlkemper were booked for, Casey Stoney could be seen on the broadcast continuously making this point to the fourth official. Neither side was really happy with the officiating but the Red Stars at least earned a penalty. In that situation, the Wave were incredibly lucky to keep ten players on the field as Girma, already on a yellow, was the one who gave away the kick. The last minutes of regulation were controlled by Chicago, desperately hunting for that equalizer, but they couldn’t find their usual goal-scoring ruthlessness.

This match was the last match for Alyssa Mautz, a ten-year NWSL veteran who has spent her whole career in Chicago and announced her retirement a few days ago. She was just one of a handful of players to play every NWSL season so far with the same club. She is now moving on to coach at the college level.

The Skinny: Talk about entertaining! OL Reign came back, on the road, after going down by two goals in the first half to beat Angel City FC, 3-2, after scoring three unanswered goals in the second half.

One Key Moment: Without a doubt, it’s the game-winner that takes the cake. One minute after subbing on for Jess Fishlock, former Arsenal attacker Tobin Heath scored the game-winner. In typical Heath fashion, she nutmegged goalkeeper DiDi Haračić to get the ball in net.

Inside the Game: As mentioned, Angel City FC looked to have at least one point wrapped up in the waning minutes of the match. Heath’s tally, one minute after entering the match, was the game-winner and was scored in a star-studded fashion.

Angel City got on the board first with a goal from Cari Roccaro, who found herself in front of goal at the right time. An initial shot from Claire Emslie, who earned her first start for Angel City, was deflected by Reign goalkeeper Phallon Tullis-Joyce, and Roccaro picked up on the loose ball in the box.

In the 26th minute, Reign defender Alana Cook gave up a penalty, committing a foul in the box against Sydney Leroux. Instead of the former Orlando Pride attacker going up to the spot, Angel City elected to send Savannah McCaskill. The decision paid off, with McCaskill converting her penalty attempt past Tullis-Joyce. Before the half ended, OL Reign got a shot at goal themselves, with Jun Endo conceiving a penalty after fouling Jess Fishlock in the box. Kim Little stepped up to the spot, but Haračić made the big save to keep Angel City in control of the match.

The second half was entirely the Reign’s half, though.

Fishlock scored in the 54th minute, off an assist from Tziarra King. Fishlock aimed and shot for the low right corner of the net, with the ball bouncing off the post and going past Haračić. Sofia Huerta tied up the game 10 minutes later, scoring off a rocket outside of the box, about 25 yards out.

Finally, it was Heath’s tally in the 89th minute that gave the Reign all three points and left the crowd at the Banc of California Stadium stunned. The win came off a recent loss to the Kansas City Current and gives OL Reign a boost of confidence before a quick turnaround match against Racing Louisville on Tuesday.

Meanwhile, Angel City FC will take on the Orlando Pride on Sunday.