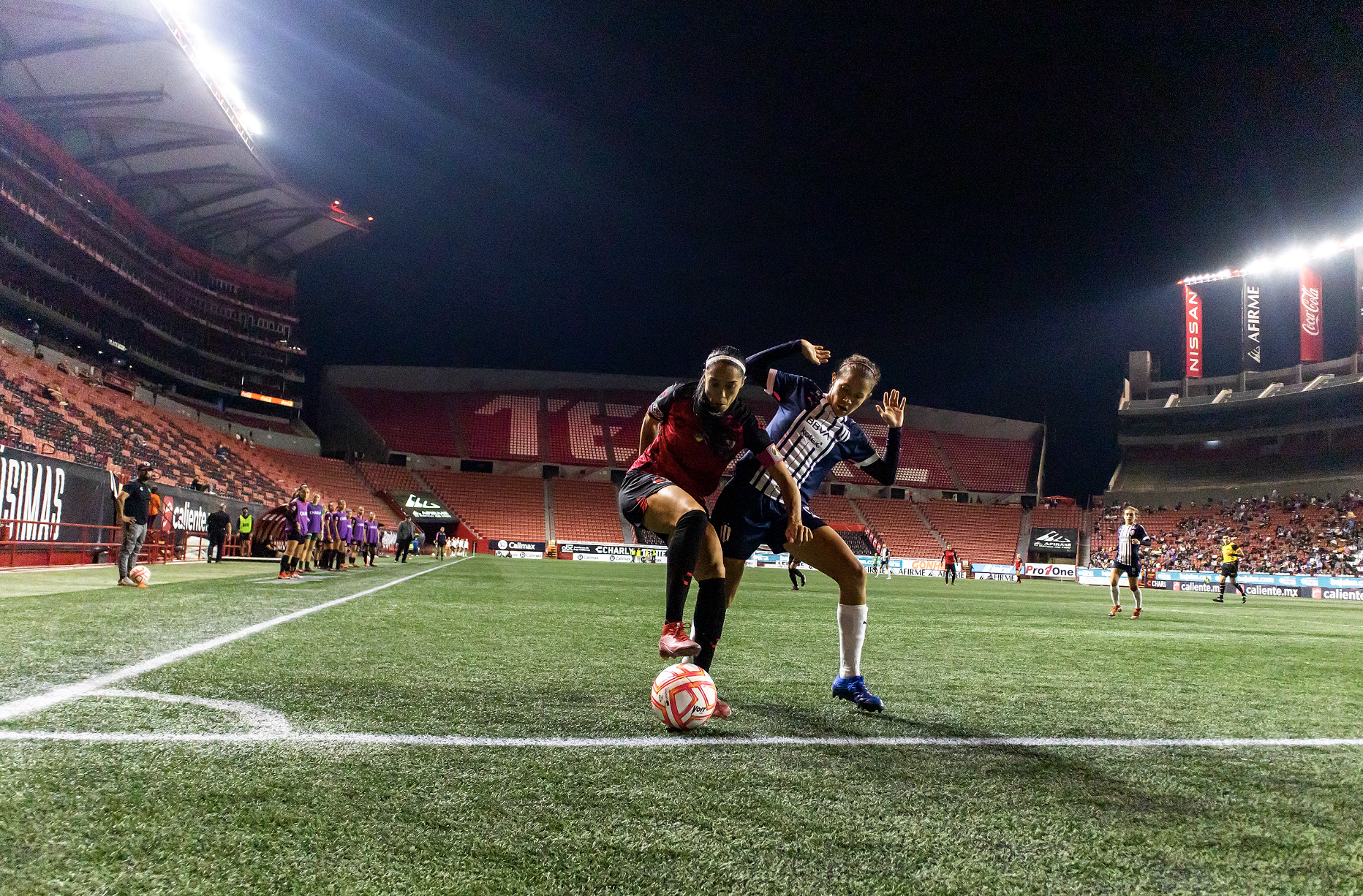 Liga MX Femenil has been busy in its first few weeks back. The fourth official week is already over, just less than a month since the first match of the Apertura season. Week 5 begins tomorrow with a slew of weekend matches.

There hasn’t been a lot of rest for the players, especially with a shorter offseason. The season kicked off during the knockout round of the Concacaf W Championship, too, with key players missing from a handful of clubs.

In Week 4, we look at how Tijuana tied with C.F. Monterrey, who have struggled early in the season, while Pachuca made a big comeback after a disappointing Week 3 loss.

It’s uncharacteristic to see a dominant team like C.F. Monterrey falter so early in the season. During the Concacaf W Championship, Monterrey was missing plenty of players, including Rebeca Bernal, who still hasn’t recovered from her injury suffered in the match against the United States, colliding with the post and sustaining a head injury.

But, Monterrey has the crop of their international players back, including Costa Rican Valeria del Campo — who helped the Ticas qualify for the World Cup. Christina Burkenroad, too, has been on a tear, scoring four goals in three matches. And, yes, she scored in all three weeks. However, that streak ended against Tijuana. However, Burkenroad, after the draw, had some words for any worried Monterrey fans.

Angelina Hix, who hails from the San Diego area, scored the opener against the 2021 Apertura champions. Hix scored off a header sent in by Verónica Pérez, who joined Xolos this past offseason after two years with Atlas. Ten minutes later, Monterrey found the equalizer, courtesy of an almost wide open shot about 30 yards outside of net.

However, not even a minute later, Lizette Rodríguez scored an own goal to benefit Tijuana, attempting to deflect the ball with her head, but heading it into her own goal, past Alejandría Godínez — who made her return after missing the first three weeks with injury.

Rayadas did leave Tijuana with one point, though. In the 32nd minute, Valeria Valdez scored the equalizer off a rebound in the box, after Xolos had multiple chances to clear the ball.

Last week, Charlyn Corral sat in the stands with her longtime friend Jenni Hermoso at the men’s team match against Pumas, watching the former Barcelona striker get introduced. Pachuca Femenil was on the road in Week 3, losing in a tight 3-2 match against Santos Laguna. This week, with Corral back in the lineup, Tuzos Femenil took down Club León, blanking them and earning the clean sheet.

Corral was responsible for two of the goals, getting right back into her scoring ways. Last year, she was only below Alicia Cervantes for the most goals in the league, sitting with 13. Since her arrival to Pachuca in 2021, Corral was been a menace on the pitch for opposing defenders and goalkeepers.

She scored the opener in the 21st minute, converting a penalty by shooting it low and to the left. León goalkeeper Brissa Rangel dove the right way, but couldn’t get a hand on it. In the 31st minute, teammate Lizbeth Ángeles gave Pachuca some room with a second goal, shooting from inside the box. However, the ball did hit off Madeleine Pasco, getting some air and chipping Rangel. The goal counted for Ángeles, and was not ruled an own goal.

Corral earned her hat trick in the 41st minute, scoring the third and final goal before the halftime whistle. The 30-year-old former Levante and Atlético Madrid player slipped between two defenders and got the ball from Marta Cox before taking a touch to gain control and then shoot inside the box.

With Corral back, Pachuca has found their big threat in front of goal once again. However, when she teams up with Hermoso, teams are going to have even more trouble containing the Tuzos attack. As mentioned last week, in her interview with Fox Sports Mexico, Hermoso is still recovering from a knee injury.

One team that has been quietly climbing the standings in Mexico is Toluca. Last year, they slipped into the playoffs in sixth place, in a tense final few weeks of competition. Toluca doesn’t have the fanciest — or most expensive — roster on paper, but the team has been playing as a cohesive unit, giving them three wins and only one loss.

Mariel Román, a member of Mexico’s U-20 women’s national team, has scored once in every single match this Apertura season. Against Santos Laguna — who topped Pachuca last week and sit with two wins and two losses — she scored early, in the 6th minute. Román didn’t just out-run her defender, but then juked Santos goalkeeper Hannia De Ávila to cooly slot the ball in net.

Toluca got some help from another own goal in Liga MX Femenil action this weekend to double the lead. In the 62nd minute, Priscila Padilla attempted to deflect a Toluca cross, but ended up chipping her own goalkeeper in the process.

Toluca takes on a 10th place Atlas this weekend, on Monday.

I’ve stated it a few times before, but I have been covering this league since January 2021, the Clausura 2021 campaign being my first full season. It’s been a true honor and privledge to be able to share about Mexican women’s soccer, but also share the stories of the incredible players in this league. I’ve had the profound honor and pleasure to talking to players like Christina Burkenroad and Bianca Sierra, and will continue to provide the best coverage that I can for you all on this league. Thanks for reading, Liga MX Femenil and women’s soccer fans!

*Below are the Liga MX Femenil leading goal-scorers so far, with Kiana Palacios leading the way so far with five goals for Club América. She scored goals from Week 1-3, with that streak ending this past weekend against Mazatlán, despite the América win.

Monday, Aug. 1: Pachuca vs. Chivas de Guadalajara at 6:05 PM
*This is the first time the two teams have met since the 2022 Clausura final, where Chivas beat Pachuca for the league title.