Germany is back — or maybe never really left 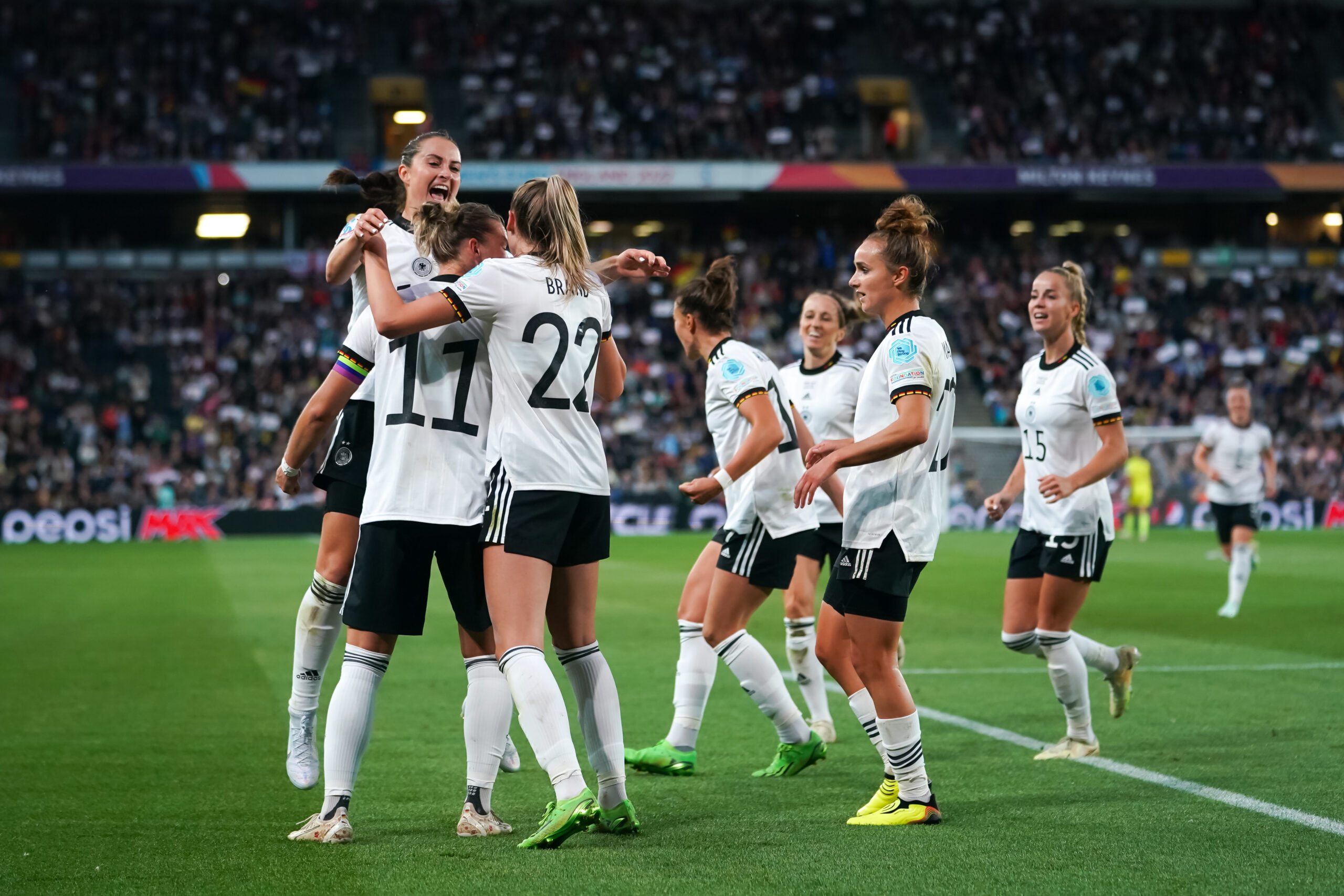 The day after Germany’s 2-1 UEFA EURO 2022 semifinal win over France, history was made. Kicker, the country’s leading sports magazine, opted for women’s soccer as its cover story for the first time ever. The front page was dominated by a photo of Alexandra Popp, jumping in celebration of her first goal of the game. Underneath, the words: ‘Leap into the dream final’. Germany had set up a mouthwatering last game against their old rivals, England.

Kicker’s cover perhaps illustrated changing attitudes towards women’s football, though it’s difficult to understand why now. After all, the national team has been here many times before. Historically, Germany has dominated the EUROs. Of the 12 tournaments prior to this summer, they won eight, including six in a row between 1995 and 2013. They are also the second-most successful team in World Cups with two titles, behind the United States’ four.

When it came to developing women’s soccer, Germany was ahead of the game. In 1985, UEFA surveyed its member national associations on the status of women’s soccer in their country. With over 370,000 players, Germany were well in front of everybody else on the continent. For context, Norway were second in that ranking… with 41,000. Germany also boasted more women’s soccer clubs than any other European country.

Access the best women’s soccer coverage all year long
Start your FREE, 7-day trial of The Equalizer Extra for industry-leading reporting and insight on the USWNT, NWSL and beyond.
Subscribe
Existing Users Sign In Here
Related TopicsEURO 2022FeaturedGermany