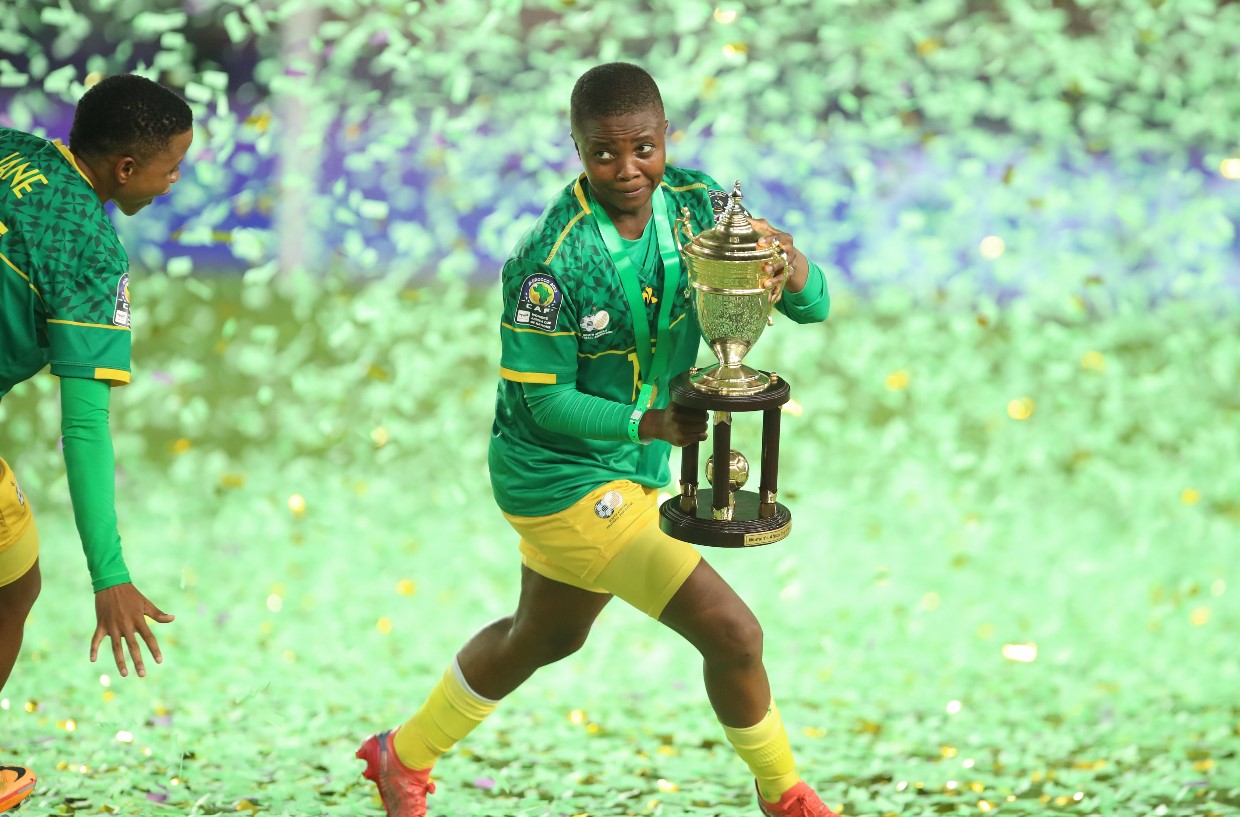 Morocco 2022 was arguably the best edition yet of the Africa Women Cup of Nations (WACON).

The hosts elevated the marquee tournament to a new level with record crowds and qualification to the World Cup for the first time, something which paid back recent investments in women’s soccer from the country’s government.

Over two weeks, there was quality football on display, records were broken, legacies were tainted, underdogs rose to the occasion and the world truly experienced the rippling growth of women’s football in Africa.

Morocco, the first North African nation to host the tournament, had big shoes to fill, and much were expected from them. Clutching the hosting rights at the 11th hour just proved their eligibility as a nation that believes immensely in football development.

Although turnout by other competing African countries was relatively low, the home fans were relentless in their support throughout the finals. Over 50,000 fans made their way to the final between Morocco and South Africa on Saturday, when South Africa clinched the title for the first time. It was refreshing to see the enthusiasm with which the competition was met. Prior to the final, Nigeria’s game against Morocco in the semifinals also recorded 45,562 fans cheering in the stands.

It all proved a pivotal point and further highlighted the radical renaissance of women’s football sweltering across the globe. The same scenario was also witnessed in the EURO 2022 opening game between England and Austria (68,871 fans) earlier this month. The Moroccan fans set a precedent other host African countries in the future would relish replicating.

For the first time, CAF increased the participating teams from eight to 12, and th “underdogs” proved to be up for the occasion.

Questions were raised when CAF introduced the zonal qualification method in a bid to give other African countries a chance to compete in the WACON. This hindered powerhouses like Ghana, Egypt, Angola, and Mali from exercising their smooth ride into the final tournament.

But in all fairness, every country that qualified made a statement and proved its worth. Tunisia beat Egypt and two-time champions Equatorial Guinea in the qualifiers, and Senegal surprisingly eliminated Mali as well.  Burundi, Botswana, Togo, and Burkina Faso made their debut in the tournament and gave the big guns a run for their money. Botswana, the more ambitious debutants, went all the way through to the quarterfinals as one of the best third-placed teams. Playing against Nigeria and South Africa in the group stages made Morocco more like another normal hurdle to beat. Botswana fought tooth and nail with Morocco before the hosts squeezed their way past them and into the semifinals after a 2-1 scoreline.

Zambia also gave Nigeria a run for their money in the third-place playoff game. They were not scared of the 11-time champions after 19-year-old Evarine Katongo’s belter won them the bronze medal (officially an own goal after wild rebound). Burkina Faso, Uganda, and Togo soft-launched their prowess in football and with consistent development, they will soon rise through the WACON ranks. Most importantly, they have begun a football trajectory for young girls in their respective countries.

VAR used for the first time

Video assistant referee (VAR) was utilized for the first time in this edition of the tournament. It was a groundbreaking moment and further justified why Morocco was the right fit for hosting this tournament. They are the only nation in Africa that regularly use VAR in all their league matches.

VAR remains a polarizing technology in the football community, especially with controversial calls. This was seen in the early stages of the competition where a total of 10 penalties were awarded; hosts Morocco had three of their penalties awarded via VAR. Zambia had a goal disallowed for offside against Tunisia, and Nigeria’s world crumbled down when they were penalized with a red card twice in their semifinal match.

One of the greatest positives in the tournament was the increase in prize money by 150 percent. Of course, it is five times less than the men’s tournament, which awards $5 million to the winner. However, an extra $300,000 increase from the previous $200,000 won by past winners was commended by fans. The semifinalists each won $225,000 and runners up, $300,000. Overall, the prize money was $2.4 million dollars.

The figures here were all part of CAF’s efforts to make women’s football more competitive. The goal has been met and South Africa winning the tournament for the first time has sparked an interest in African football federations to begin investing in their women’s national teams.

After winning the tournament, the South African team was given over $300,000 in bonuses by their sports ministry. This has amplified talks for equal pay for both the men’s and women’s teams, an initiative that will be passed into law soon.

Although the positives from this tournament were groundbreaking, there were some regressive occurrences. The case of Barbra Banda being deemed ineligible to participate in the tournament due to high testosterone levels was a topical discussion that sparked controversy. As Zambia has finally qualified for the FIFA Women’s World Cup, all eyes will be on FIFA on how best they tackle the issue. Banda is arguably the best player in Africa and already starred on the global stage at last year’s Olympics. Will she be allowed to play at the 2023 World Cup?

There were issues with laser pointers during the WACON final between Morocco and South Africa. Banyana Banyana were mostly on the receiving end of the damage. Lasers have been a counterproductive issue raiding African football, especially during competitions like these. Sengalese fans were handed a one-match ban by FIFA for using laser pointers during their World Cup qualifiers against Egypt in May and were fined $180,000.

An independent Nigerian journalist who also went to cover the WACON also gave an account of racism she experienced amongst the people of Morocco.

Weighing the pros and cons, the WACON was a well-organized tournament from the rich cultural display of Moroccan culture on the opening game night to selling women’s football on a grand scale. Undoubtedly, Morocco 2022 has set many precedents where subsequent editions would have to replicate and scale further upwards. Hopefully CAF tackles the flaws moving forward.

Zambia, Nigeria, South Africa, and Morocco will represent Africa in the 2023 FIFA Women’s World Cup. Cameroon and Senegal will compete in the inter-continental playoff in February in one final bid to make it to the World Cup.