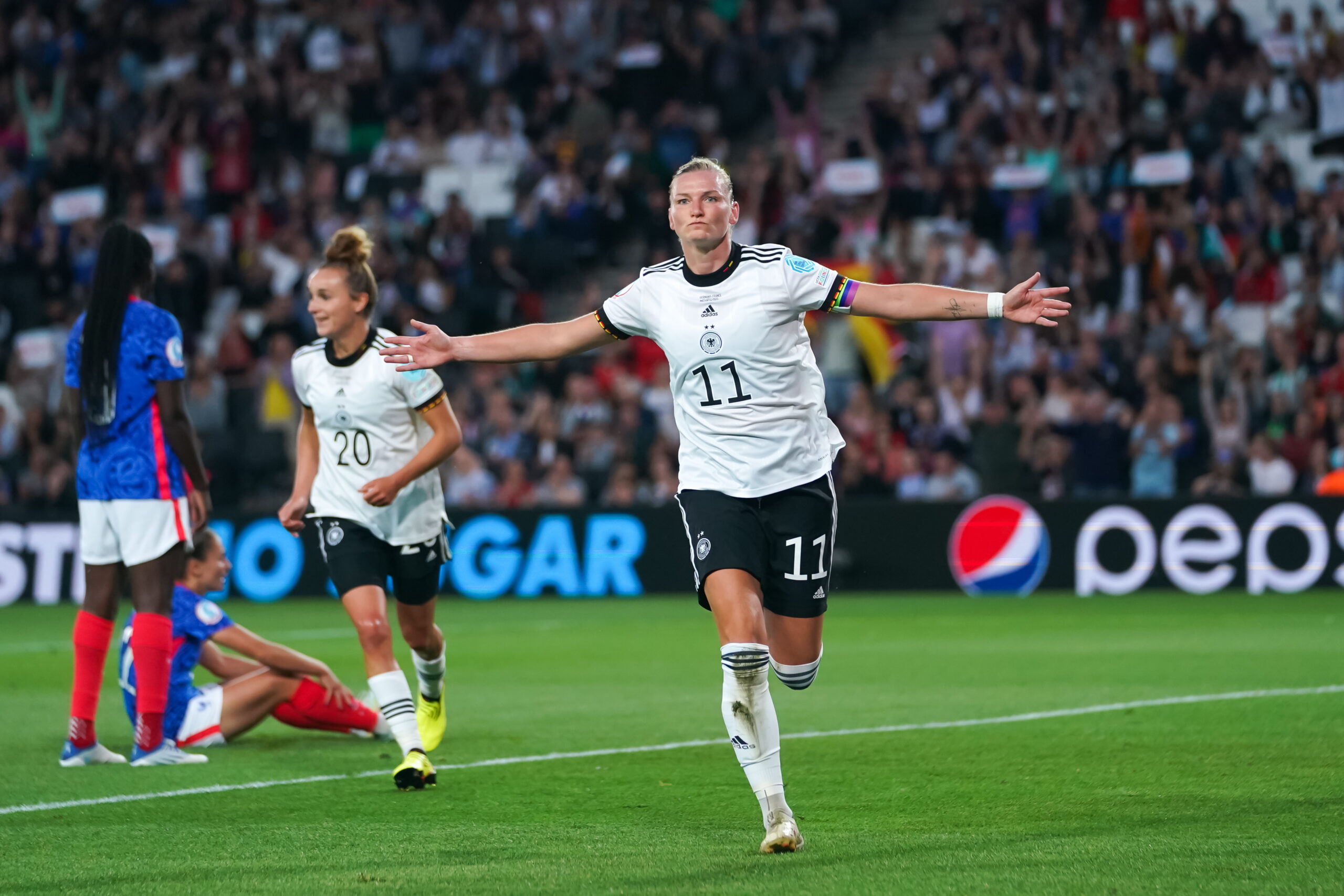 When you think of German women’s soccer in the last few years, the name Alexandra Popp certainly comes up. The 31-year-old is bred in Germany, playing her club soccer for VfL Wolfsburg since 2012 and representing the national team since 2010.

She’s been on Germany’s squads for the 2011, 2015 and 2019 FIFA Women World Cup appearances and claimed a gold medal with the team in the 2016 Summer Olympics in Rio de Janeiro.

Popp has been having a world-class EURO tournament in 2022, scoring six goals in all five matches. Her double-goal performance came in Germany’s biggest match of the tournament: a semifinal clash with France. Missing out on forward Klara Bühl due to a positive COVID-19 test, Germany needed a player to step up in a big way. Popp, such a stalwart for the team, did just that.

Germany took the lead in the 40th minute, with Popp sprinted into the box and, on a one-touch volley, put the ball past French goalkeeper Pauline Peyraud Magnin. However, France earned an equalizer almost immediately, with Kadidiatou Diani taking a strong hit of the ball right outside of the penalty area. However, the ball bounced off the back of German goalkeeper Merle Frohms after hitting the post and went in goal. It ended Germany’s streak of not giving up a goal the entire tournament.

With the match almost certainly going to extra time, Popp stepped up when she needed to for Germany. In the 76th minute, forward Svenja Huth — who had two assists in the semifinal — settled the ball and sent in a cross. Popp — going up against 6’2 center back Wendie Renard — leaped and got her head on the ball, putting it down and past Peyraud Magnin. After a few chances from both sides, the score remained at 2-1, and Popp earned the game-winning goal.

Germany now has a big test: host England. The Lionesses put up four goals against a strong Swedish side. The two teams will meet at a sold-out Wembley Stadium on Sunday at 12 p.m. EST. This will be Germany’s ninth final in the EURO competition.