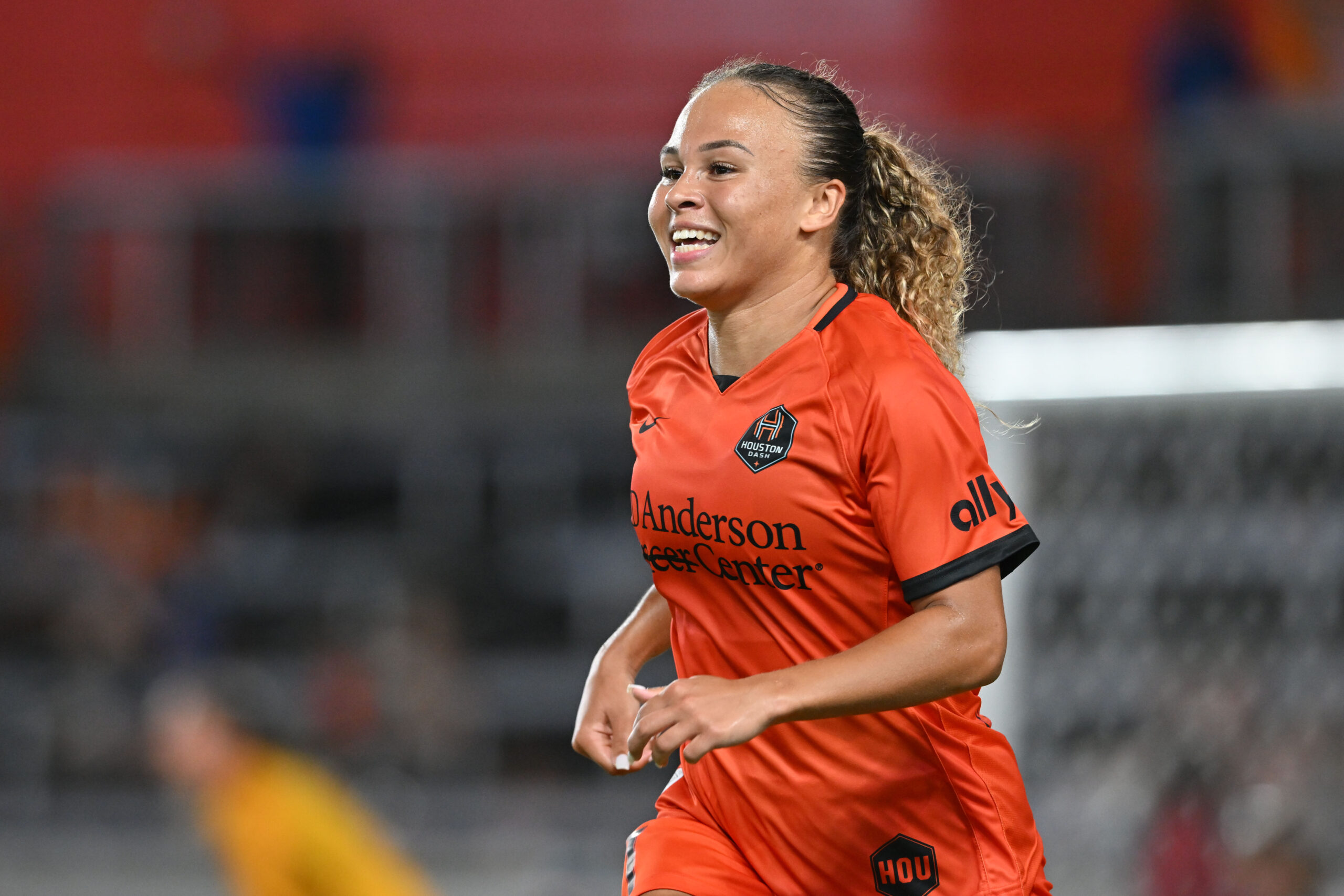 Ebony Salmon scored a hat trick for the Houston Dash on July 16 and it was notable for a few reasons beyond the simple fact that hat tricks are just plain remarkable.

Salmon joined Nichelle Price as only the third pair of teammates to score hat tricks in the same National Women’s Soccer League. Megan Rapinoe and Kim Little turned the feat for the Seattle Reign in 2015, and the North Carolina Courage got two from Kristen Hamilton and another from Lynn Williams in 2019. If the Dash are looking for an omen, both of those teams reached the NWSL Championship those respective seasons, with the Courage lifting the trophy. The Dash, as you likely know, have yet to reach the playoffs since joining the league in 2014.

Salmon was playing only her third game with Houston after being acquired from Racing Louisville where she was having a difficult time getting minutes. Her first two games with the Dash were uninspiring for both club and player. And then July 16 against the Red Stars happened. Salmon suddenly showed the traits that made Racing so excited about her upon acquisition in 2021, and made it seem like maybe in the end they pulled the trigger too quickly in moving her to Houston for some allocation money.

Digging a little deeper into Salmon’s big night, another notable element of the hat trick is that the three goals were scored in three very distinct ways. Let’s take a closer look.

Access the best women’s soccer coverage all year long
Start your FREE, 7-day trial of The Equalizer Extra for industry-leading reporting and insight on the USWNT, NWSL and beyond.
Subscribe
Existing Users Sign In Here
Related TopicsAnatomy of a GoalEbony SalmonExtra

Can France win EURO 2022 without Katoto? A look at Diacre’s options
How England made the EURO 2022 final, and why it could change everything at home