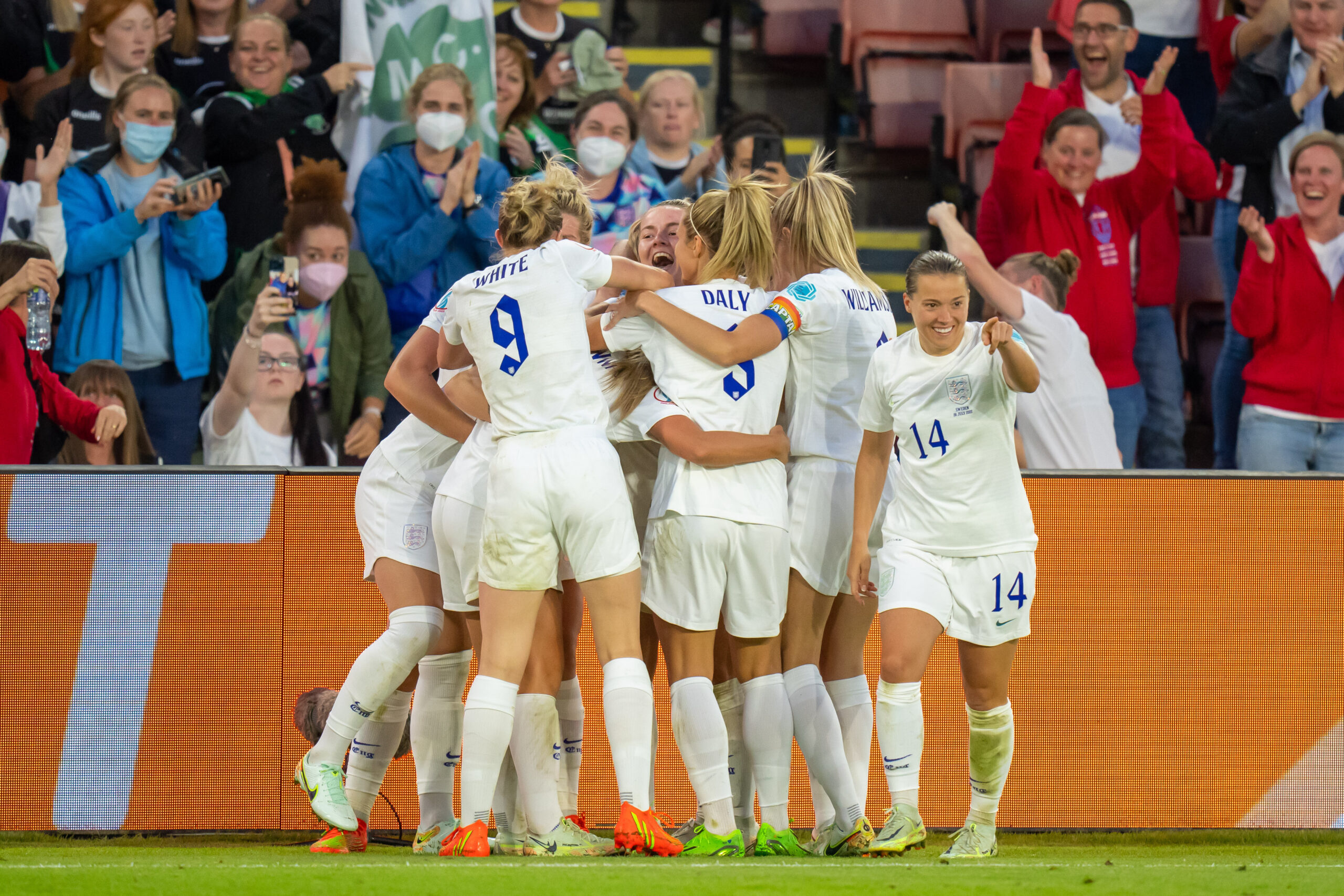 Maybe it was because the English women’s national team failed to advance in three major semifinal matches over the past few years. Maybe it was because its quarterfinal match against Spain last week, although it was a dramatic come-from-behind victory, wasn’t exactly a confidence-booster, considering Spain looked like the better team for much of the match.

Or maybe it was because England had managed to beat Sweden just once in seven previous matchups between the two countries in European Championship play. Whatever the reasons, England entered Tuesday’s game knowing there was some skepticism they would emerge victorious.

But that’s exactly what they did, trouncing Sweden by a 4-0 score to advance the Lionesses to the EUROs final on home soil on Sunday at Wembley Stadium. Either France or Germany, who meet in their own semifinal match on Wednesday, will be the opponent.

The first 20 minutes of Tuesday’s game revealed no signs of the drubbing that would eventually take place. If anything, it was Sweden who started with the upper hand, almost scoring within the first 30 seconds of play and displaying an impressive defensive organization.

The incredibly fast pace of the first part of the match then slowed to a more reasonable rhythm near the 30th minute, and just minutes later England provided a euphonious jolt for the sellout crowd in Sheffield when Beth Mead scored her sixth goal of the tournament with a quick pivot and blast past Sweden’s goalkeeper Hedvig Lindahl. The first half ended with England still up, 1-0, but Sweden had yet to show any real sign of weakness.

That would all change in the second half. England’s three goals in the second 45 minutes – a bouncing header from Lucy Bronze, a remarkable back-heel shot from Alessia Russo that went through Lindahl’s legs, and a high shot from far out by Fran Kirby that tipped off the top of Lindahl’s hands – caused Sweden to completely unravel, and left England with a four-goal triumph that represented the largest margin of victory ever in a EUROs semifinal.

England’s victory on Tuesday may have also signified a changing of the guard among the European women’s soccer powerhouses. Sweden, the silver-medal winners at last year’s Olympics, did not perform like the world’s second-best team, and the Swedes will have to figure out how to better capitalize on its chances before next summer’s World Cup.

England, meanwhile, know what impact a victory on Sunday might have. In a country with so much pride and spirit for its men’s leagues and teams, it is the top female players who have always struggled to gain full respect and recognition.

Indeed, British women’s players have historically found success playing for leagues in other countries, prior to the relatively recent professionalization of the Women’s Super League. But Tuesday evening’s intense and joyous atmosphere in Sheffield, and the final on Sunday in iconic Wembley in London, could change the status of women’s soccer in England for good. A victory for England could be a victory for the sport at large.

The Equalizer Podcast: Summer of soccer
Can France win EURO 2022 without Katoto? A look at Diacre’s options