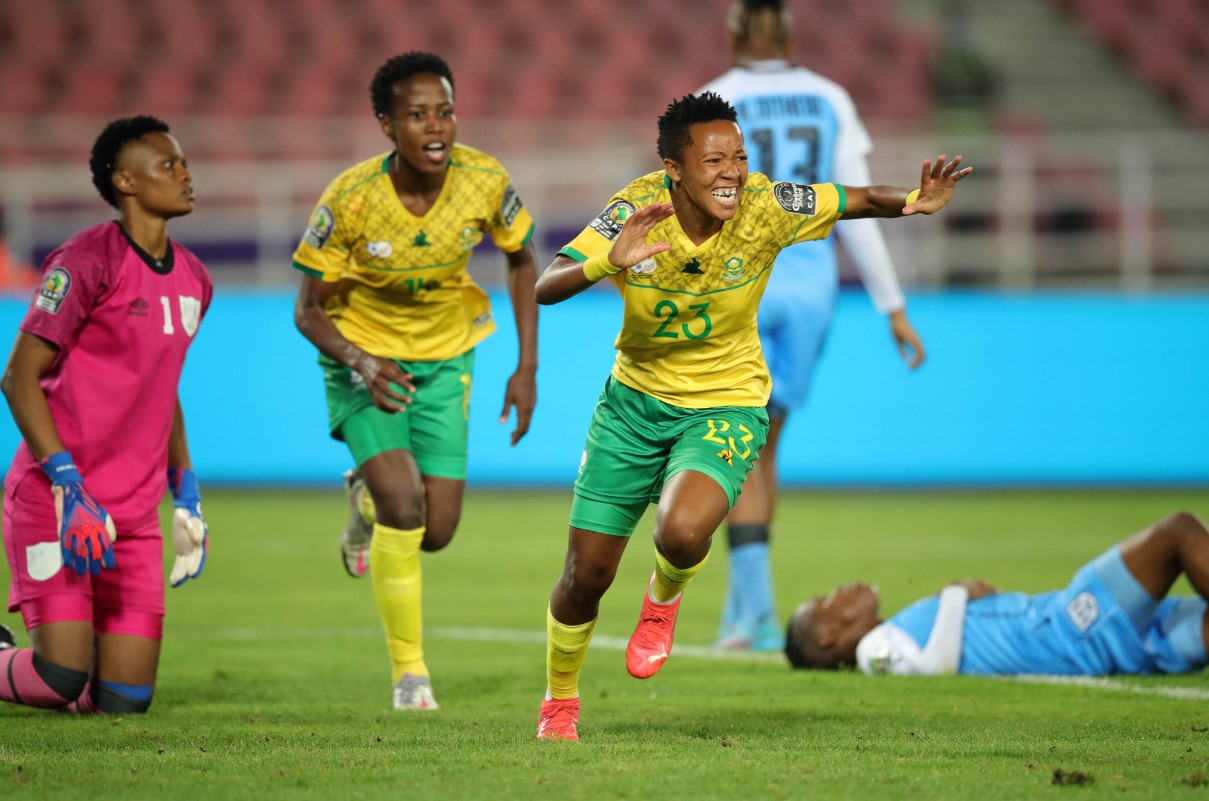 Nthabiseng Majiya can’t help but smile as she states her dreams: “That’s actually what I want to be, the best striker in the world.” It is a bold statement, and one most soccer players would avoid saying, but the 18-year-old is not like most players.

The South African star spoke to The Equalizer on the verge of Banyana Banyana’s first Africa Women Cup of Nations title. A 2-1 victory over hosts Morocco on Saturday secured South Africa its first continental triumph in six appearances in the final.

There is reason for optimism that South Africa’s success can be sustained — and Majiya is at the forefront of it.

Widely considered to be one of the continent’s future stars, Majiya only made her debut in the group stage, coming on as a substitute against Burundi before doing the same against Botswana in the final group game. She scored the only goal of the match against Botswana to send the South Africans top of their group — ahead of 11-time champions Nigeria — and into the quarterfinals.

Playing in front of 45,000 fans in Rabat is a far cry from Majiya’s hometown of Phillipolis in the rural Free State of South Africa. Growing up in the town that in the 2011 census had just 3,648 residents, Majiya did only one thing: play soccer. That was not so easy growing up in rural South Africa, where soccer is not always accessible for girls.

“We didn’t have ladies’ soccer in my town, so I played with boys since I was six years old,” she told The Equalizer, noting that she played with the U-17 provincial team at 12 years old.

Access the best women’s soccer coverage all year long
Start your FREE, 7-day trial of The Equalizer Extra for industry-leading reporting and insight on the USWNT, NWSL and beyond.
Subscribe
Existing Users Sign In Here
Related TopicsAfrica Women Cup of NationsExtraFeaturedNthabiseng MajiyaSouth Africa