France advance to Euro semifinals for first time in their history, defeating Netherlands with extra-time penalty 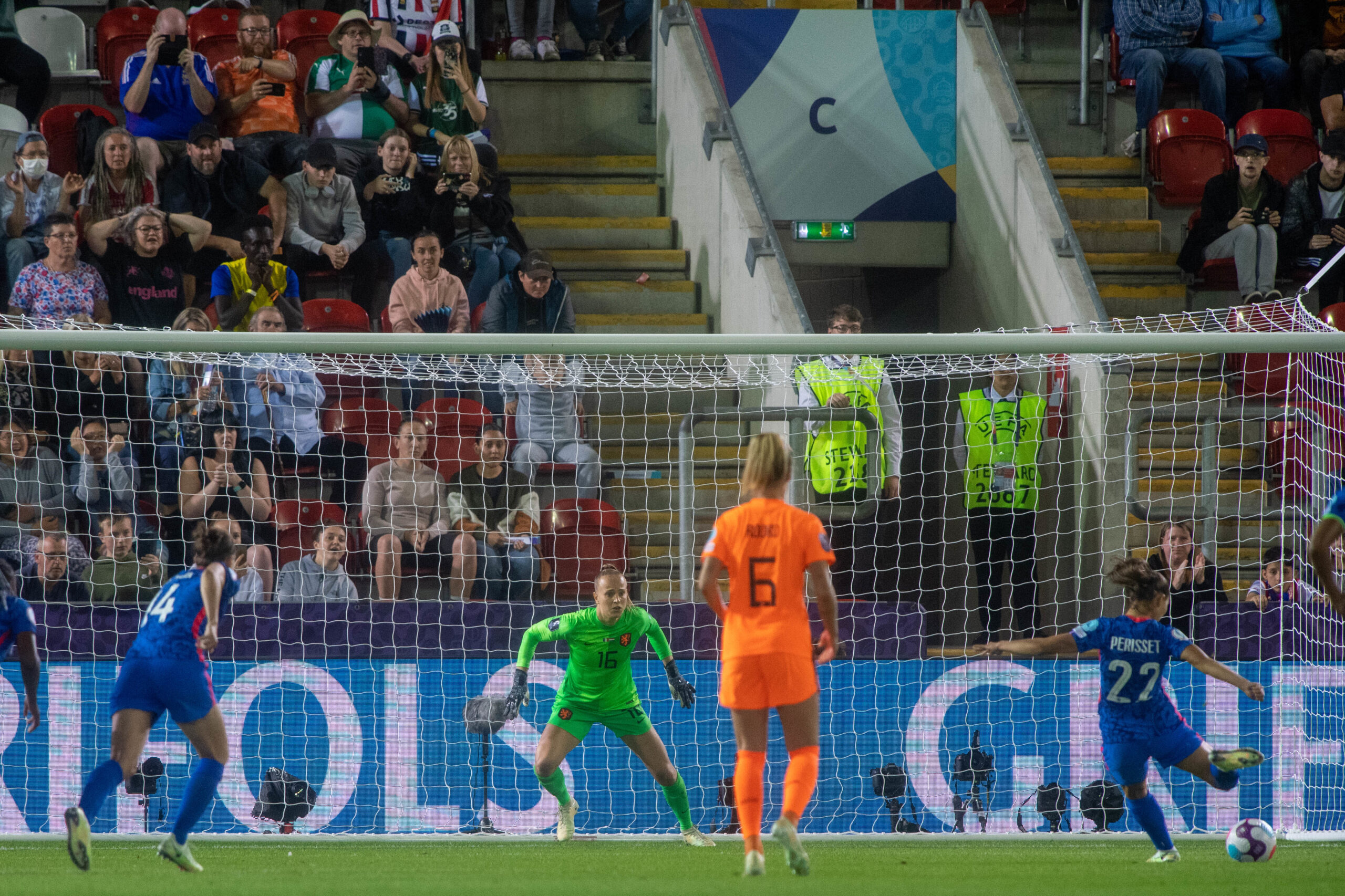 This match went down to the wire, and through regulation time it looked like France’s curse of being unable to advance in major tournaments would continue, but a penalty kick drawn by Kadidiatou Diani changed the game in extra time.

The first half was completely dominated by the French side. Everything they did from counterattack to counter-press was successful until they got in front of the net and simply could not buy a goal. The open nature of the first half really benefited the French side, allowing them to utilize their speed and quality passing. They were helped by the sloppy passing of the Dutch side but Stefanie van der Gragt stood on her head time and time again to keep her team in it. After Delphine Cascarino hit the post 27′, van der Gragt made two goalline saves 37′ and 40′, so that for all their domination, the French had no goal to show for it.

The second half was more even as the introduction of Jill Roord had the midfield playing better and the Netherlands looked the fresher side while France seemed to give up a little bit. But France still had their chances, particularly once Selma Bacha came on 15 minutes in, but they still could not convert. They forced multiple good saves out of the Dutch keeper Daphne van Domselaar but none as spectacular as her save in the very last minute to deny Wendie Renard what looked for all money to be the winner.

At the start of extra time, it looked like either team could win it. Netherlands had grown into possession throughout the match and had a solid spell to begin. Diani ended that spell with a bang as she drew the penalty kick. The decision came after a VAR review but it was clearly the correct one. It was the right-back Ève Périsset to step up and convert the penalty, striking it with enough force that even though the keeper got a hand on it they couldn’t keep it out and France finally had their breakthrough.

France were reinvigorated by that goal and dominated for the rest of extra time, even more so once they used the half-time to bring in three players with fresh legs. The Netherlands, to their credit, did not give up, even ending the game with a solid flurry of crosses in their attacking third but they couldn’t get an actual shot on target. In the end, France took a whopping 33 shots, 13 on target, and only scored one goal after earning a PK. They proved to themselves that they can win ugly, but if they want to make it to the final they are going to need to be more clinical in front of goal.