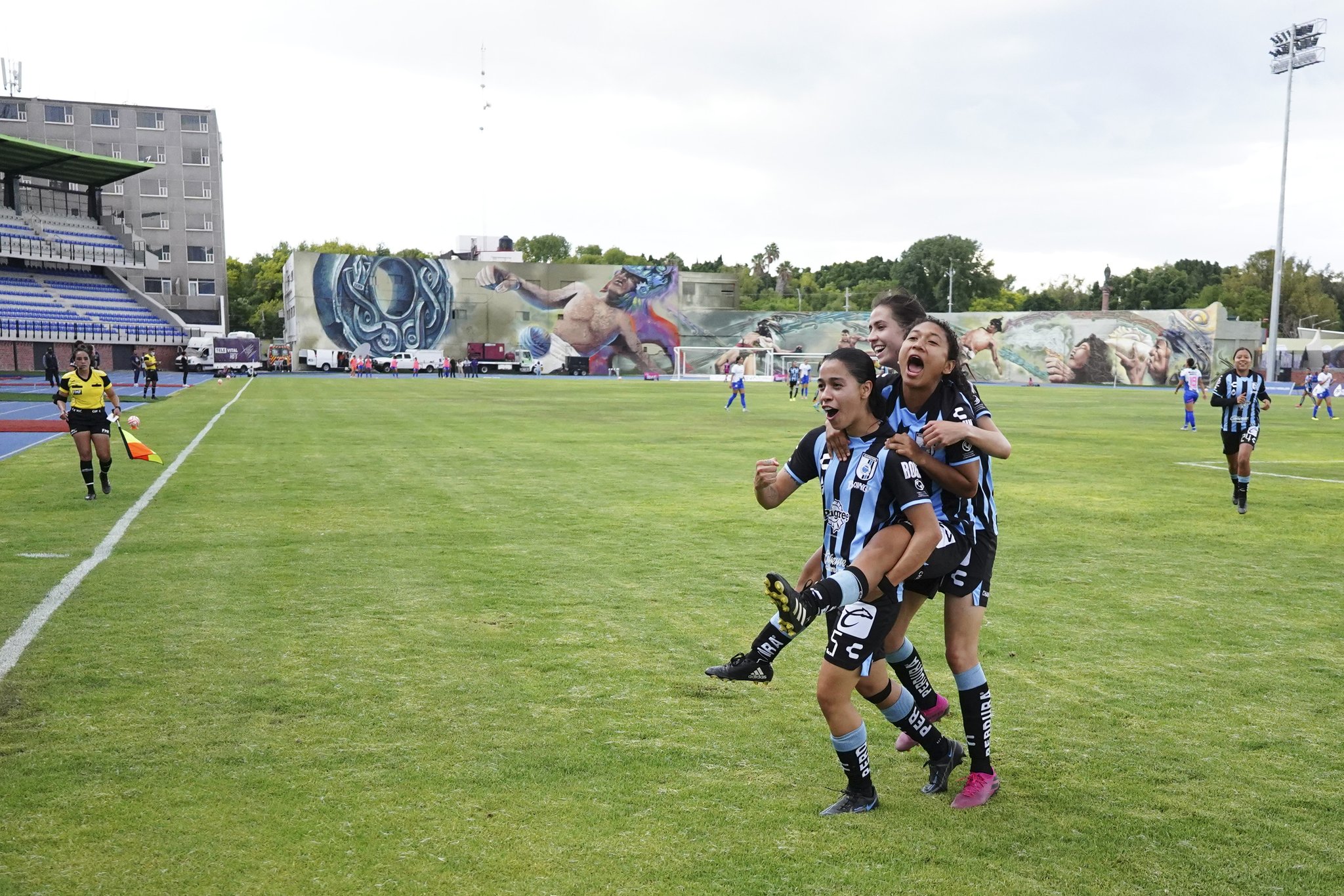 Week 2 of Liga MX Femenil Apertura action did not disappoint. With the Concacaf W Championship wrapping up, teams were still without plenty of big-name stars. However, those players that are with their club sides impressed, particularly those within the Querétaro and Club América squads.

Take a look and see how Week 2 shaped up in the Apertura.

In a stunning result, five goals made up this match and were all scored in the second half. Querétaro, at home, upset the reigning Apertura champions, Monterrey. Hopes of a Monterrey victory began when Fatima Delgado scored an own goal in the 47th minute, to open the half. However, quickly undoing her mistake, teammate Edna Santamaria converted a penalty kick past goalkeeper Claudia Lozoya, who remained in net while Alex Godinez is out with an injury.

Querétaro took the lead in the 78th minute after Ximena Rios fired from the top of the penalty area, flanked between three Rayadas defenders. However, Christina Burkenroad quickly equalized again for the visitors, hitting a volley inside the penalty area after the initial ball was sent in by Yamile Franco.

Gallos had the last laugh, though, with 20-year-old Maritza Maldonado scoring the game-winning goal in the 88th minute. Maldonado scored off a header floated into the box that went over a leaping Lozoya and off the Querétaro midfielder’s head.

It’s early in the season, so there is no time for any team to panic. But, of course, some of the mid-table teams from last season can build up confidence with early victories in the season. After a Week 1 loss to Santos Laguna, Querétaro can cruise into their Week 3 match against a struggling Tigres with confidence and momentum.

Despite missing out on players like Sarah Luebbert — back with the Chicago Red Stars, although the former América player did take in the match as a fan on Monday night — and Katty Martinez not yet back from international duty, Club América has enjoyed a strong start to their season. América is also waiting on top talent Alison Gonzalez to return from injury and make her debut for the club, after missing out on the entire Clausura season.

Kiana Palacios and Amanda Perez have contributed in a big way to América’s early success. Palacios scored both goals in América’s Week 1 victory over Toluca, and added her name to the scoresheet again versus Santos Laguna. After a mis-hit from a Santos defender took an unlucky bounce toward Palacios, the 25-year-old from Orange, California, hit the ball on a volley.

Perez scored the second and final goal, going completely unmarked inside the penalty area and coolly slotting a ball sent from Alexandra Godinez in goal.

Of note for Monterrey, the club said farewell to Desirée Monsiváis, the former Rayadas forward was announced as the newest Glasgow City signing on Thursday. Monsiváis, 34, joined Monterrey in 2017, and has made more than 120 appearances with the club, winning two titles (2019 Apertura and Grita México 2021).

“I feel very motivated and happy to take on this amazing opportunity,” Monsiváis said, via a Glasgow press release. “It’s definitely a new challenge with high expectations but I feel ready to live up to it all knowing the club has such great confidence in me and has welcomed me with such ease. I’m ready to work alongside my teammates to keep adding silverware to this rich club.”

After putting up a strong fight against Chivas last week, Club Tijuana continued a string of strong play with a 2-0 victory over Atlético San Luis. Xolos saw goals from Summer Mason and Daniela Espinosa, who joined the side ahead of the Apertura campaign after beginning her career with Club America in 2017.

Mason scored in the 5th minute, dribbling inside the box and up to goalkeeper Nicole Buenfil and striking the ball up and in the top of the net. Mason out-ran Andrea Contreras and the San Luis defense neglected to put another player on the 24-year-old midfielder.

Meanwhile, Espinosa’s tally in the 61st minute was almost similar, although she was flanked between two San Luis defenders. Despite the coverage, Espinosa dribbled at an angle in the box and fired past Buenfil. It was an abysmal showing from the Atlético San Luis defense on Sunday night.