USWNT vs. the low block: Where it stands and what’s still needed 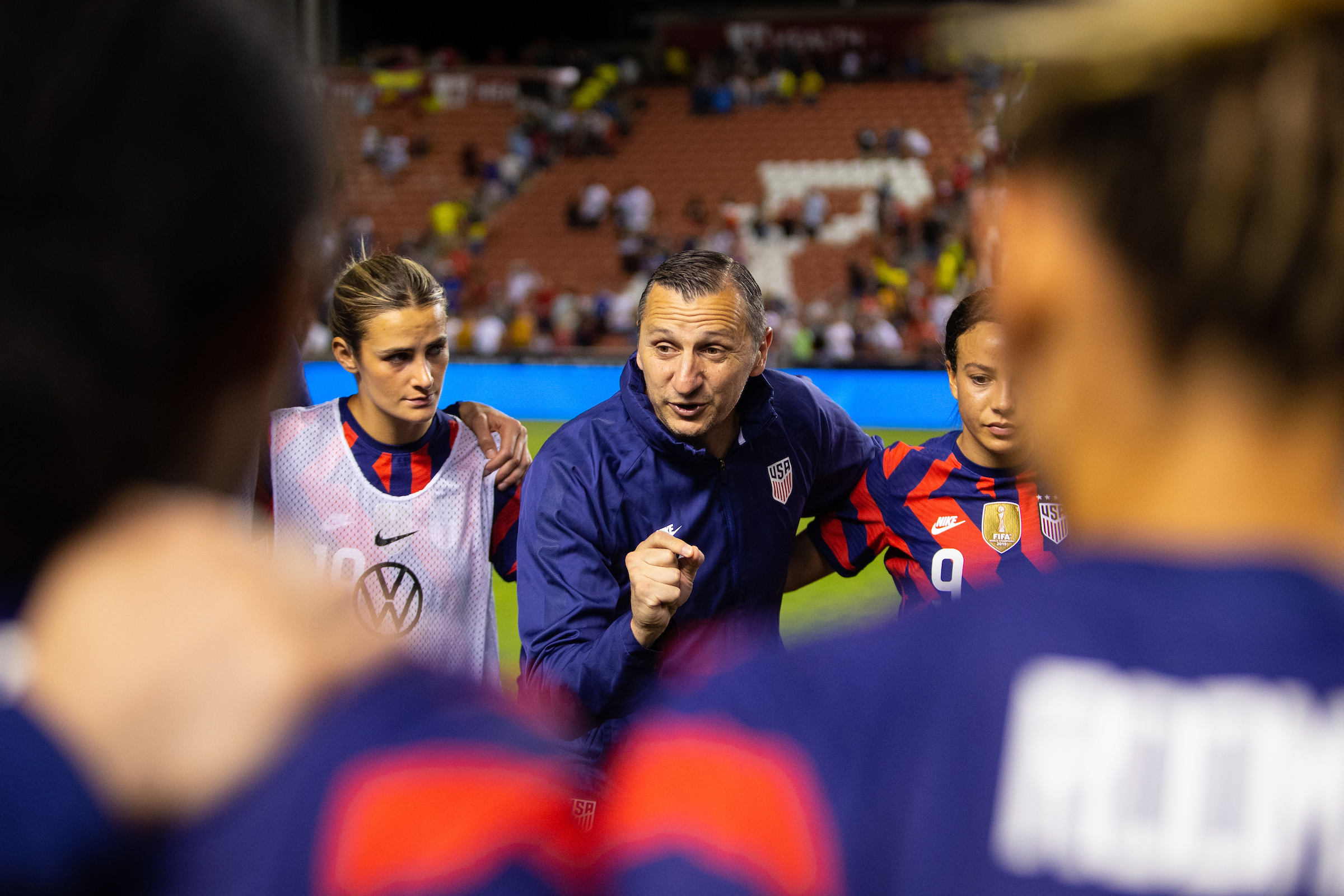 The low block is not a new tactical concept; it is almost as old as soccer itself. Essentially, the premise is to solve a problem of quality with quantity.

Teams that feel (rightly or wrongly) inferior to their opponent, who fear the talent in the opposition’s forward line, choose to reduce the space between and behind their lines. Rather than defend the whole field and risk being opened up, they defend deep. That way, they can stay compact, out-number the opponent’s attackers and narrow their scoring opportunities.

The United States women’s national team (as expected) faced several low blocks in the Concacaf W Championship, which they won on Monday with a 1-0 victory over Canada. Haiti, Jamaica, Mexico and Costa Rica all defended deep in their own half for long spells, albeit using different formations. The challenge, then, was for Vlatko Andonovski’s side to find a way through.

The US has struggled against the low block over the past 12 months. Last October, there was the 0-0 draw against South Korea. Then, in February, another goalless draw came against the Czech Republic. Even prior to this Concacaf tournament, friendly victories over Colombia proved a test of the U.S.’ offensive play.