Germany advances with goals from Magull, Popp as the woodwork haunts Austria 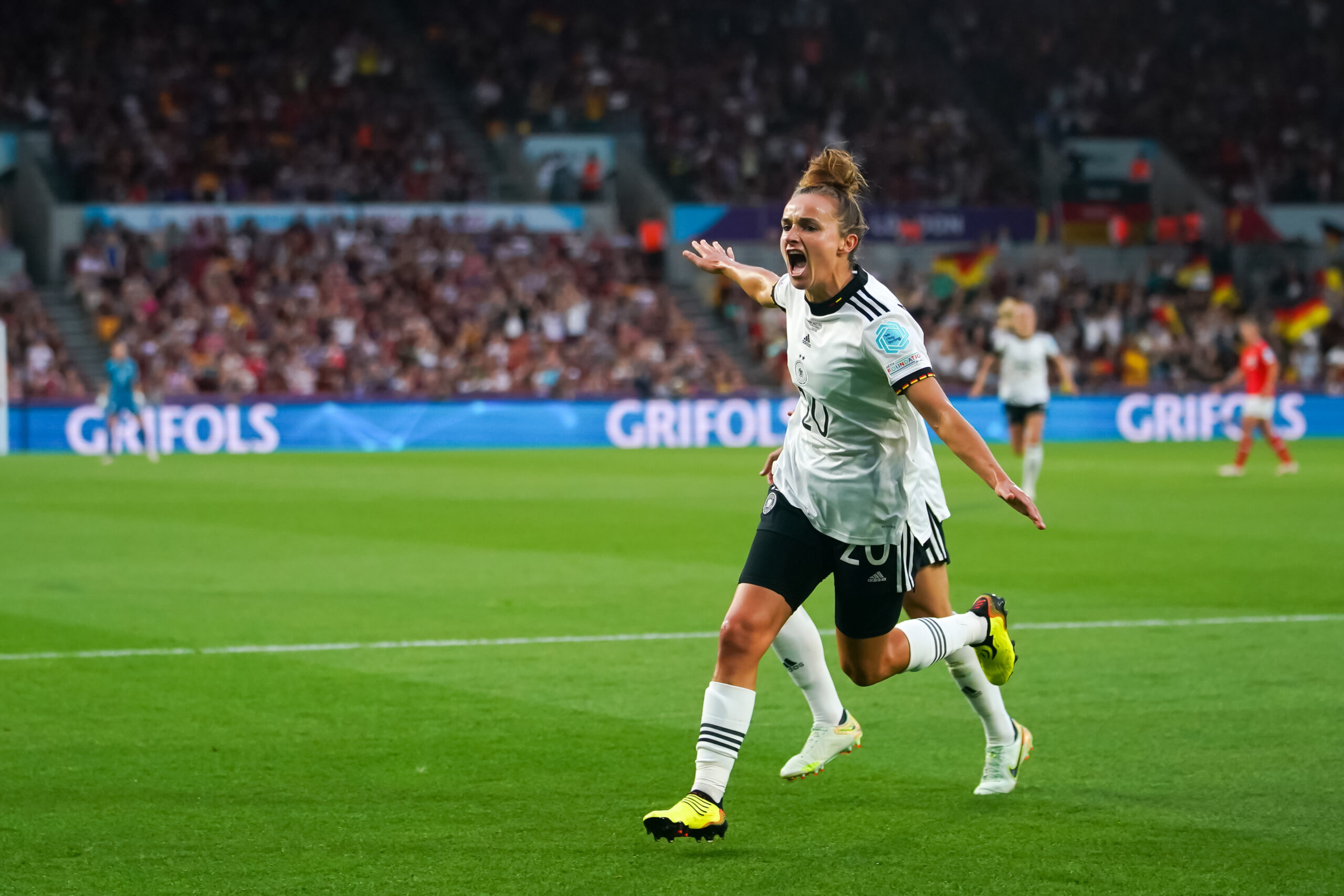 The second quarterfinal of these UEFA EURO games played out between the neighboring nations of Germany and Austria, with the eight-time champions eventually earning the win they were expected to. Austria performed exceptionally well in this match, but they were always the underdogs in this matchup, and the posts didn’t help them out. Now Germany awaits the winner of France vs. Netherlands for the July 27 semifinal.

For the first 20 minutes of this match, believe it or not, Austria were the team with more possession, better play, and better chances, particularly off of corner kicks. The closest of these early chances came 13′ when Austria hit the post, the first of many on the night. But with nothing to show for their early dominance, they were scored on 25′ and Germany gained the lead, despite not being the better team up until that point. The goal came from what Germany had success with all night, pressing up high and aggressively against Austria’s attempts to play out of the back, followed up by the runs out of midfield to provide the shots in the box. The finish was well taken by Lina Magull but the effort and assist from Klara Bühl, as well as the dummy by Alexandra Popp, need to be given significant credit.

The second half kicked off with an immediate chance for Giulia Gwinn off the post. But after that initial chance, Austria had another solid period of domination resulting in two more chances denied by the woodwork, 53′ and 57′. Most of this success came on set pieces where they looked particularly dangerous in the second phase attacking an out-of-sorts defense.

This match, despite the scoreline, was constant action. Many people expected Austria to sit back and almost entirely defend but this match was very open and back and forth. Alexandra Popp would seal the win for Germany in the very last minute of regulation as she deflected Manuela Zinsberger’s attempted clearance back into the net. That goal had been coming. Austria had continuously, like the first goal, put themselves under this pressure instead of making an adjustment, and after being threatened throughout the match, they paid for always attempting to play out of the back. The goal was Popp’s fourth goal of this tournament, now having scored a goal in four consecutive matches, she became the first person in Women’s European Championship history to do so in one tournament.

‘We’ve suffered a lot’: Inside Spain’s turbulent path to the EURO quarterfinals
Sweden beat out Belgium for Euros semifinal spot after 91 scoreless minutes