England comes from behind with goals from Toone, Stanway to top Spain, 2-1, in EURO Quarterfinal 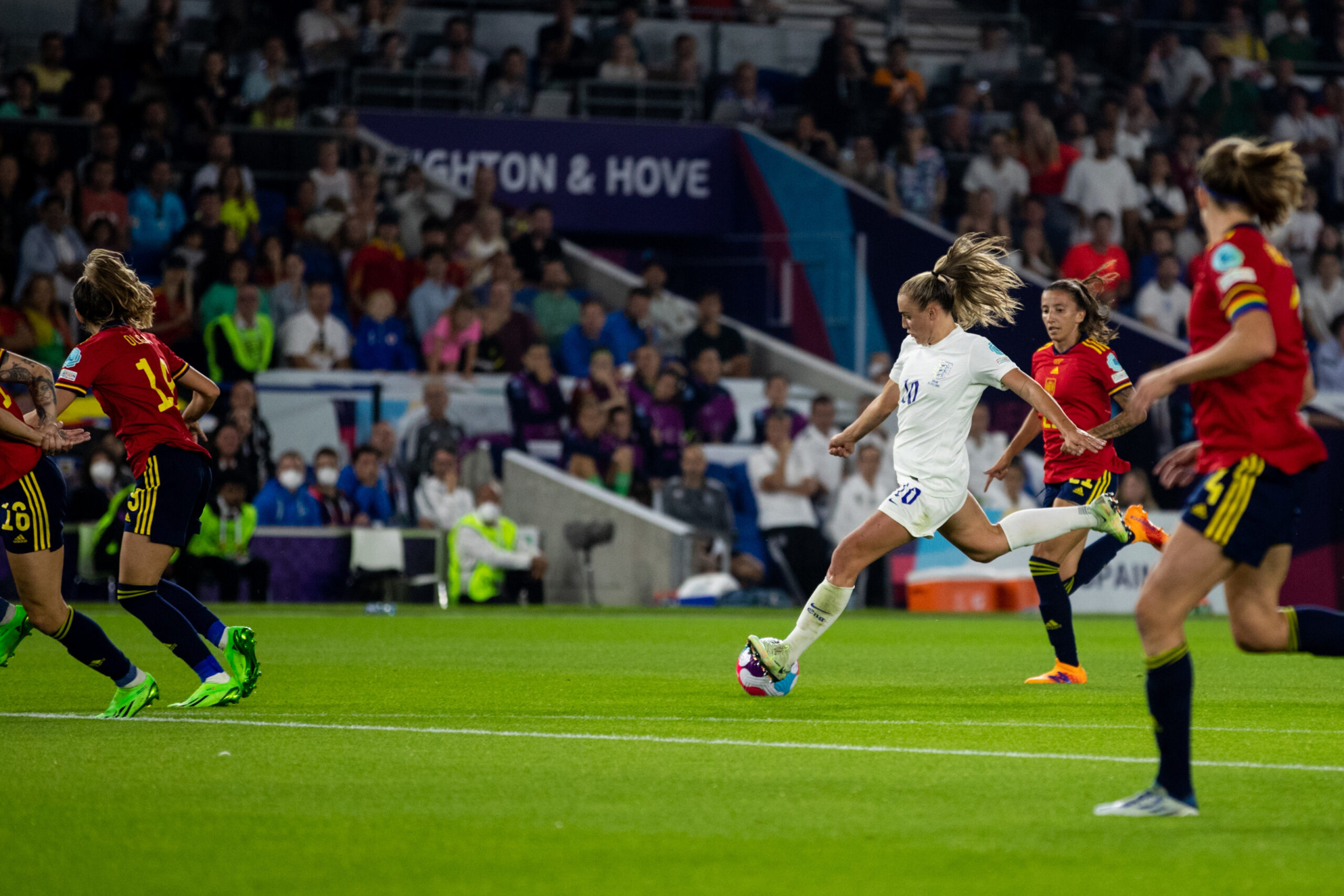 Football still has a chance to come home after the UEFA EURO quarterfinal between England and Spain saw the Lionesses come from behind and win, 2-1, in extra time. England, the hosts of the tournament, will now await the winner of Sweden vs. Belgium on July 22.

Spain took the lead in the 54th minute thanks to Real Madrid striker Esther González. Midfielder Athenea del Castillo gained control of the ball on the right side, dribbling it in closer to the box before sliding it to González inside the penalty area. England defender Millie Bright stuck out her leg for a last-ditch effort to save the ball, but González put it past and in goal.

Spain looked to have a spot for the semifinals booked, but in the 82nd minute the Lionesses equalized. Manchester United’s Ella Toone, only 22-years-old, collected the ball off a header from her club teammate Alessia Russo and then buried it past Sandra Paños, shooting on the volley.

It didn’t take much time in the extra time period for England to get on the board. Six minutes in, Georgia Stanway, who plays in the Frauen-Bundesliga with FC Bayern Münich, shot from outside the penalty area after comfortably dribbling up to the line and then firing from distance into the top left corner of the net.

Spain put up a valiant effort, despite missing out on key players in the tournament like Jenni Hermoso and Alexia Putellas, but couldn’t hold off an ignited English side at home. England now gets a couple days of extra rest as they await the winner of Sweden vs. Belgium, which happens on Friday, July 22. The semifinal will be played in Sheffield at Bramall Lane on July 26.

Preview: Breaking down the EURO 2022 Quarterfinals matches
The Equalizer Podcast: Summer of soccer