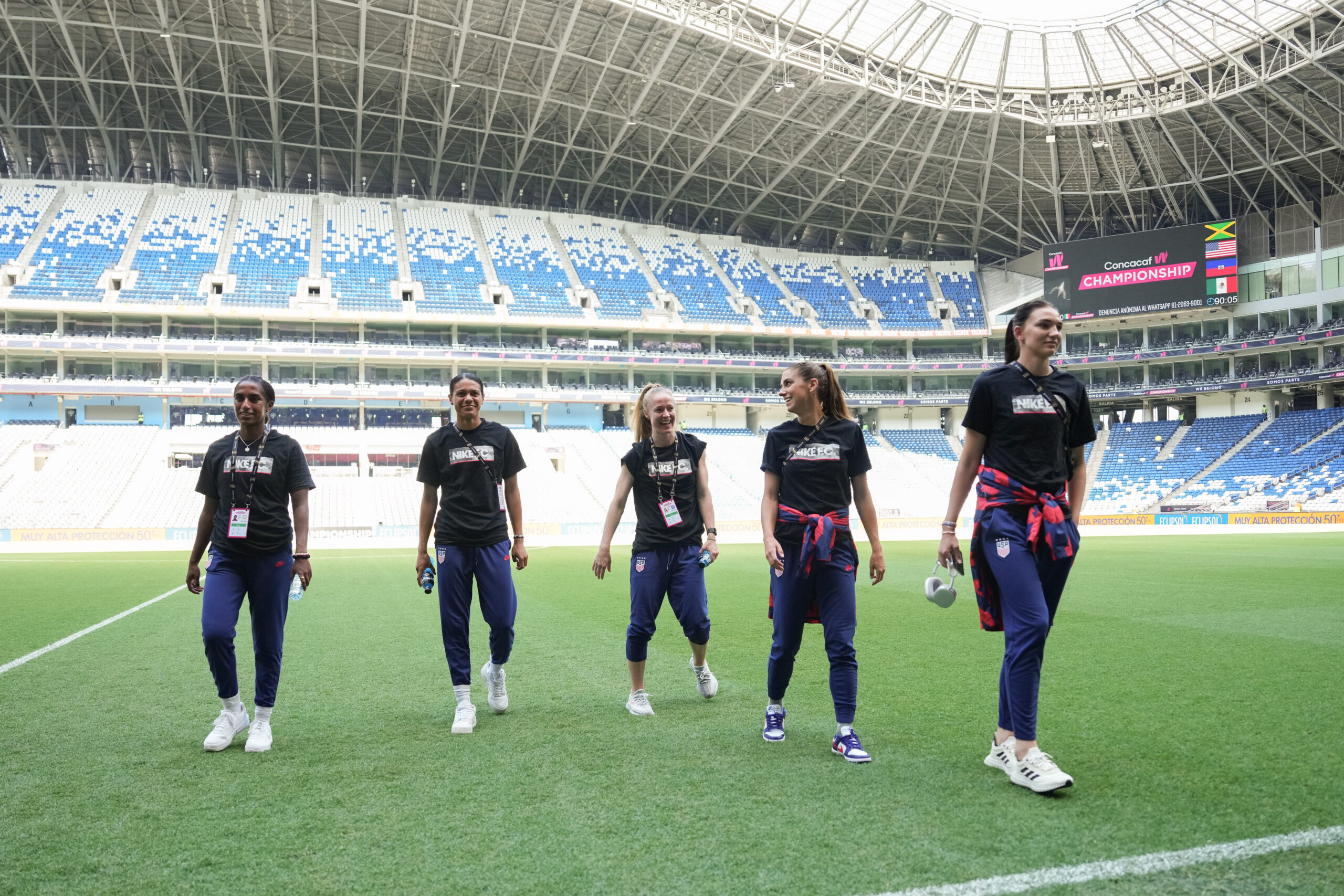 MONTERREY, Mexico — Becky Sauerbrunn and Alex Morgan exchanges a knowing glance, smiling as they each held the latest trophies in their collection. The United States women’s national team had just defeated Canada 1-0 on Monday at Estadio BBVA to win the Concacaf W Championship and qualify for the 2024 Olympics.

As U.S. staff — from coaches to scouts and the team’s personal chef — took the stage to join players for photos, Sauerbrunn, holding the Concacaf W Championship, and Morgan, holding the tournament’s Golden Ball, sat dead center. They had been here plenty of times as integral players for a U.S. team which since 2011 has been to all three World Cup finals, winning the past two, and added Olympic gold and bronze medals.

The faces surrounding them, however, were mostly different from those who have shared the stage in the past. For a U.S. team which had just made it 10 trophies from 10 regional finals against Canada, there was a newness to it all. Morgan, with another Golden Ball in tow, strode off to the Paramount TV studio desk positioned at the southern end of the stadium. Sauerbrunn stuck behind as young players gleefully took goofy individual photos with the tournament trophy — for many, their first.